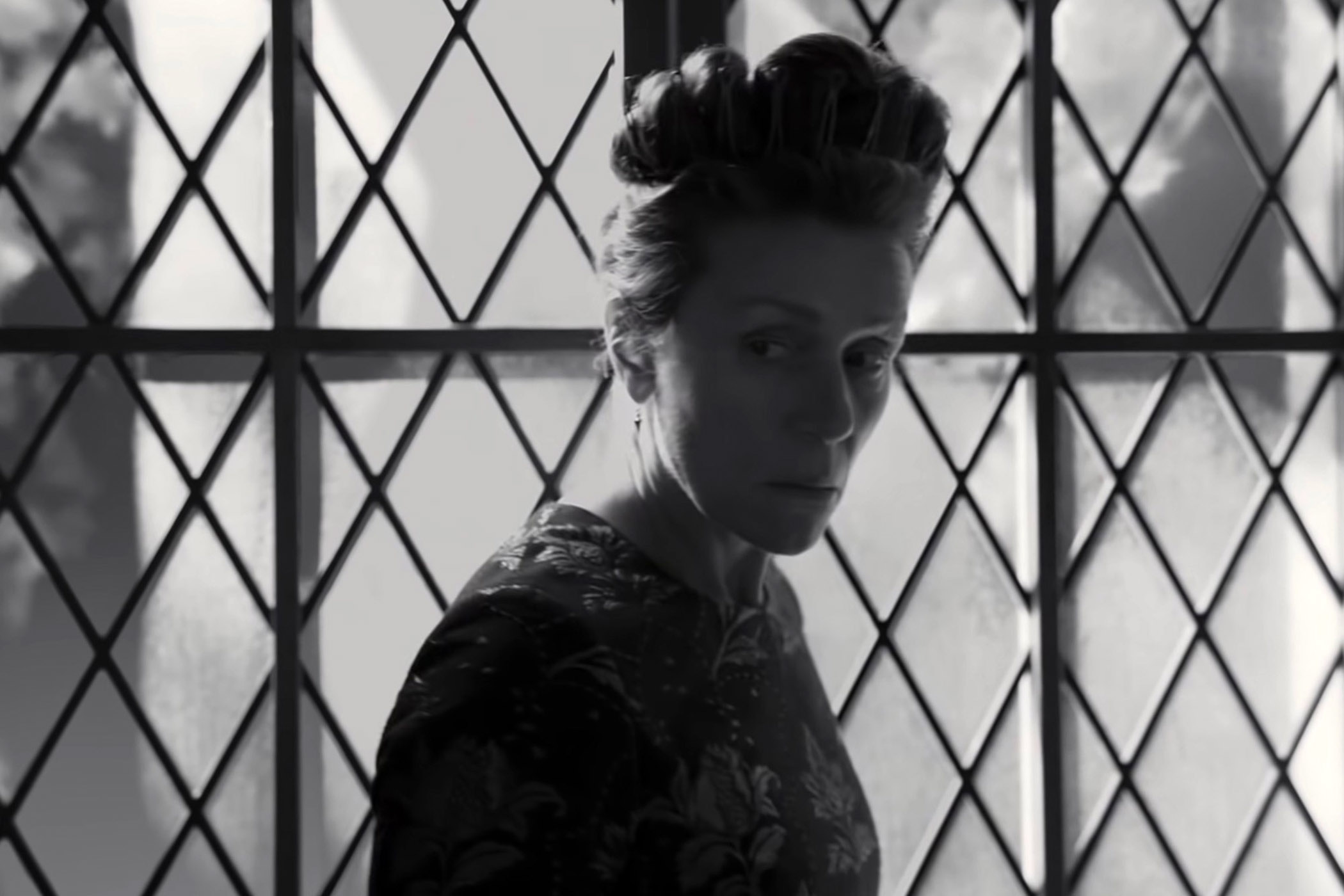 In third year of university, the humanities programme focused exclusively on Shakespeare, and a line of wisdom imparted by a lecturer, regarding stage and screen reimaginings through the years, went thusly: “Go to town, but don’t shit on Shakespeare.”

Every time I head to a Shakespeare adaptation, these wise words echo in my mind, hoping to see something new, daring, and which doesn’t metaphorically defecate on the essence of the play in question.

I could certainly hear them when heading into The Tragedy of Macbeth, the umpteenth reimagining of The Scottish Play that has been through the hands of countless directors, from Orson Welles, Roman Polanski, Béla Tarr to most recently Justin Kurzel and Peter Moffat. Whether it’s making the lead character a full-on villain, upping the bloodshed, bringing arthouse sensibilities to the fore or modernising the story by setting it in Glasgow restaurant, each filmmaker has attempted to leave their respectful mark on the play.

For his first solo outing without his filmmaking brother since the pair’s debut in 1984, Joel Cohen is distinguishing his take through casting more veteran performers in roles that are typically given to younger actors, and stripping things down to bare-bones basics.

For those unfamiliar with Macbeth (crack a book, please), the story follows how the eponymous general (Denzel Washington) is prophesied by three witches (Kathryn Hunter) to be named Thane Of Cawdor and that, one day, he’ll become King. When the first part of the prophecy is fulfilled, Macbeth and his wife (Frances McDormand) conspire to achieve the second, at any cost.

Joel Cohen is both faithful and bold here, foregoing the need for complex retellings and high-budget frivolities. He chooses to focus on the atmospheric heft decrying from the text, seemingly embracing Macduff’s line “O horror, horror, horror! Tongue nor heart cannot conceive nor name thee” and taking it quite literally: his Macbeth plays out as a disturbingly escalating nightmare. His stark and minimalistic approach to the source material is mirrored in the crisp monochrome of the image, and the angular architecture feels reminiscent of Gothic structures and even Expressionistic theatre. The stage he sets is filled with moody shadows and silhouettes that loom over empty spaces, matched in eeriness by Carter Burwell’s horror film soundscape.

It almost goes without saying that Washington and McDormand are just fantastic here; the true MVPs are Production Designer Stefan Dechant and his team, as well as Kathryn Hunter, who plays all three of the “weird sisters”. Whether she’s contorting her body or appearing in bodies of water, her unnerving physicality and raspy delivery is perfect and deeply terrifying.

Whether or not the unnerving, horror-tinged sparseness of The Tragedy of Macbeth will work for all audiences, humanities students can embrace this adaptation as one of the very best, and more casual viewers can bask in its feverish mood. “This is (not) a sorry sight”, and Joel Cohen has not shit on Shakespeare.