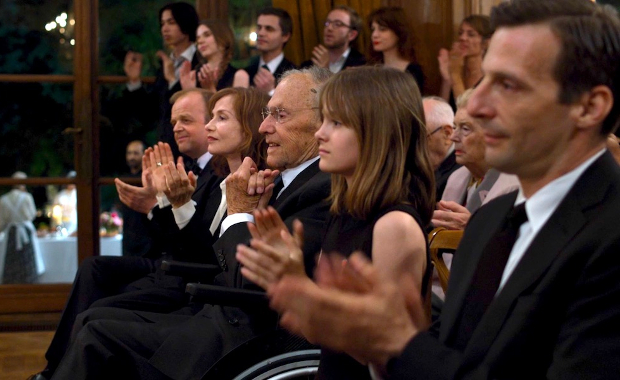 Kicking off this evening, the One World Berlin festival returns to Moviemento, with films tackling all manner of vital human rights issues, from the integration of LGBTQ+ refugees to women’s reproductive rights. Check out our preview for highlights. If you fancy a trip out of town, the 26th dokumentART European film festival gets underway tomorrow (Oct 13) in Neubrandenburg. This year’s eclectic, future-fixated programme has been assembled by Exberliner film critic Yun-hua Chen. On general release, Michael Haneke’s pitch-black, Isabelle Huppert-starring domestic dramedy Happy End isn’t quite up there with the Austrian auteur’s best, but it’s still the work of a modern master at the top of his game. Meanwhile Na Hong-jin’s The Wailing is a sprawling, slow-burning supernatural chiller, and further evidence of what’s been a vintage year for South Korean filmmaking. Finally, What Happened to Monday is a high-concept sci-fi b-movie that really isn’t worth your time, despite Noomi Rapace trying her best to play seven (!) different characters.