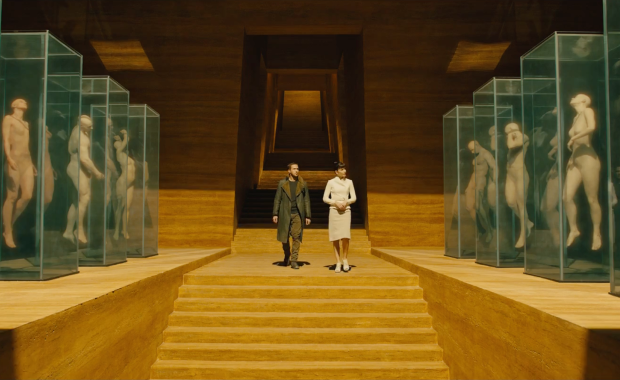 With Hollywood’s cerebral sci-fi auteur du jour Denis Villeneuve at the helm, there was every reason to be cautiously optimistic about Blade Runner 2049. But our reviewer emerged from an early screening convinced he’d seen not merely the film of the week, but a once-in-a-generation game-changer to rival the original. Get hyped by reading our adulatory review, which you can rest assured is totally spoiler-free. Also this week, don’t miss your chance to see Blood Simple, the Coen brothers’ masterly debut, back on the big screen in a glorious new 4K restoration. This hard-boiled, noir-tinged tale of infidelity and retribution remains a darkly comic treat over 32 years on from its original release. Finally, Tom of Finland is a handsomely mounted tribute to the gay cultural icon, but it’s a disappointingly conventional biopic that fails to truly capture the artist’s transgressive spirit. And if you’re up for a bit travel, DokumentART takes over Neubrandenburg in Mecklenburg-Vorpommern for the 26th time to look at how films from all over the world tackle themes relating to “The Future”, asking: how and where do we want to live – today and in the coming decades?