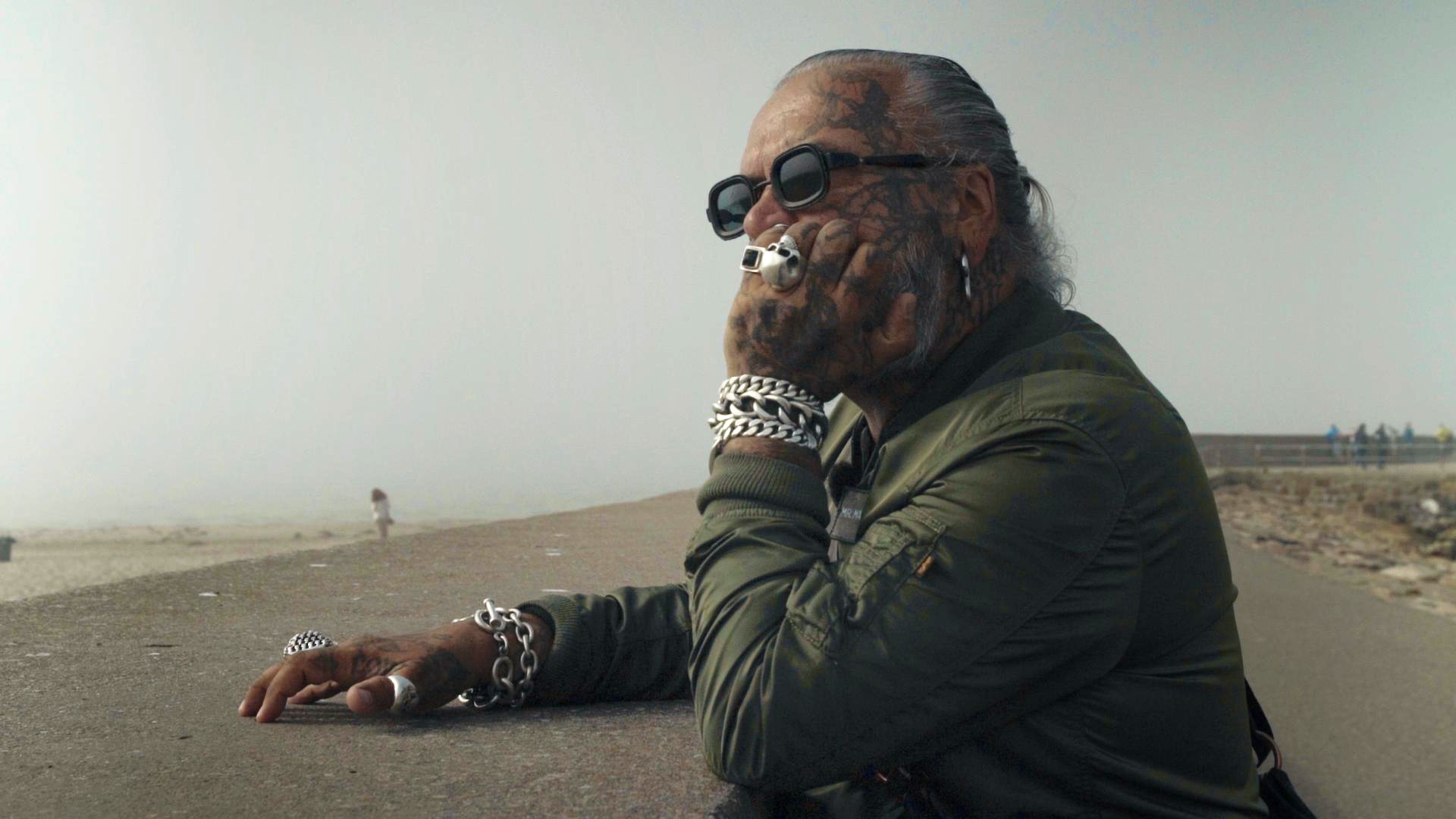 It’s true, people might have a different expectation about what this film is about. I wanted to play with that a little bit. I was actually working on an idea for a feature film set in Berlin about its nightlife, and everything I came up with felt really boring! But while I was researching, it made me think about my experiences. I came here in 2001 and there was so much going on in my first few years – Cookies, Bar25, Berghain… And these three guys stuck in my mind. While meeting them and hearing their stories, the idea for Berlin Bouncers came up – showing Berlin over the past 30 years through three diffe r ent perspectives, Smiley having been an American G.I. guarding the Wall, Frank coming from West Germany, and Sven growing up in the East.

How did you convince them to participate in the film?

With Smiley and Frank, it was pretty easy, although Smiley is very low-key so he was a bit unsure at first. But I really like that about him – he’s been doing so much and nobody really knows. I had spoken to Smiley five years ago at the Berlinale because he was working at the festival with a security company. Through him I got to know Frank, who was very eager…

(Laughs) He’s also into acting and he had a film at the Berlinale 16 years ago… He was on board pretty quick. With Sven, it was a bit more difficult. I knew I wouldn’t queue up in front of Berghain and ask if he wanted to be in my film! I needed somebody to introduce me to him, and that ended up being the DJ Marcel Dettmann. At that time, Sven had just written his autobiography and he was travelling all over the world for his photography exhibitions. He was open to portraying this new stage in his life, though in the first meeting we had, he said “If we do this, you have to know you can’t shoot in front of Berghain.”

Were you frustrated by that?

No, I completely understood. People who were financing the film were hoping this would be its unique selling point, but I always told them it wasn’t going to happen. Plus, it’s boring watching other people party. I didn’t want to go into the clubs, I wanted to dig into the lives of these three intriguing personalities.

The trick was to convey the feeling of a time without being too nostalgic, to give a hint of what was. Like many, I was told when I came to Berlin that I’d missed the good days and that it had all been going downhill since the 1990s. I didn’t want to give that impression in the film. The interesting thing is that none of them were that nostalgic. Especially Sven, who told me that times are not better or worse, they’re just different. If anything, he’s happier now with his career.

Sven’s also the main protagonist of Annekatrin Hendel’s Schönheit & Vergänglichkeit, which premiered alongside your film at the Berlinale.

Yes, and he’s getting a bit fed up with all the attention! But that’s a good t hing in a way, as he’s not doing too much publicity, so it keeps the focus on the way he appears in the film. I found him to be a very humorous, sensitive guy who worries that people are only interested in his photography because he’s the infamous Berghain bouncer.

A large part of the film is set outside Berlin. Was that a deliberate choice?

I decided to take one trip with each protagonist. We went to Hesse, where Frank grew up; with Sven, it was a visit to Turin for his photo exhibition in 2014; and with Smiley, we went to visit his family in the Virgin Islands. It was a way of getting to know each character a little more, and also to further upend expectations viewers may have when reading the title of the film!