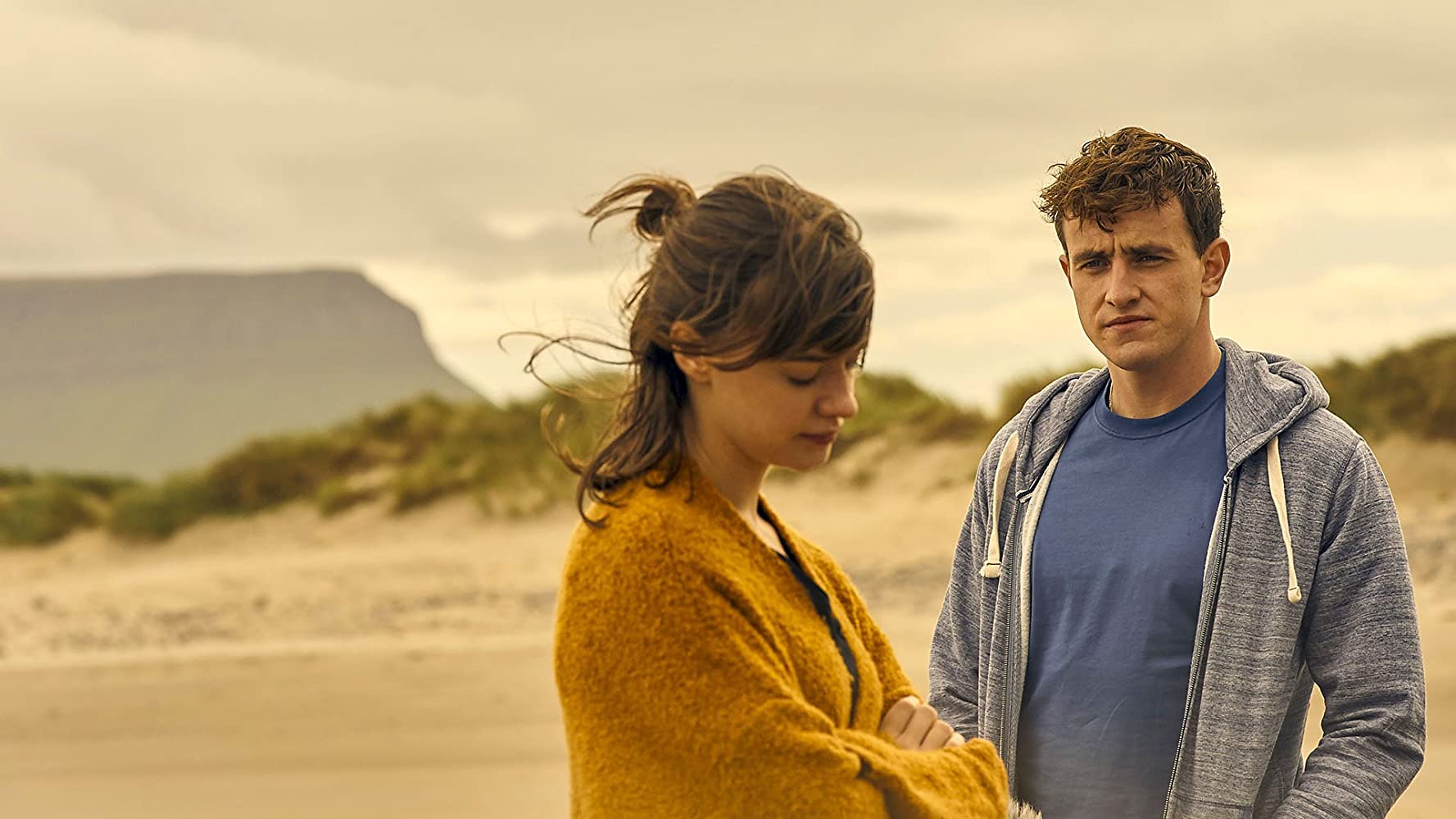 With movie theaters closed all over the world, we’re being bombarded by new TV shows to keep us busy through the summer. These include highly anticipated projects from acclaimed directors, writers and actors of contemporary cinema which can bring us some much-needed relief. However, despite the anticipation and promise of joy, watching them often feels like a bad trip bringing nothing but regret.

Our guest critic Tamara Khodova guides you through the highs and lows of costume drama The Great, the passably engaging highs of Damien Chazelle’s The Eddy, and provides a controversial take on the much-lauded Normal People. 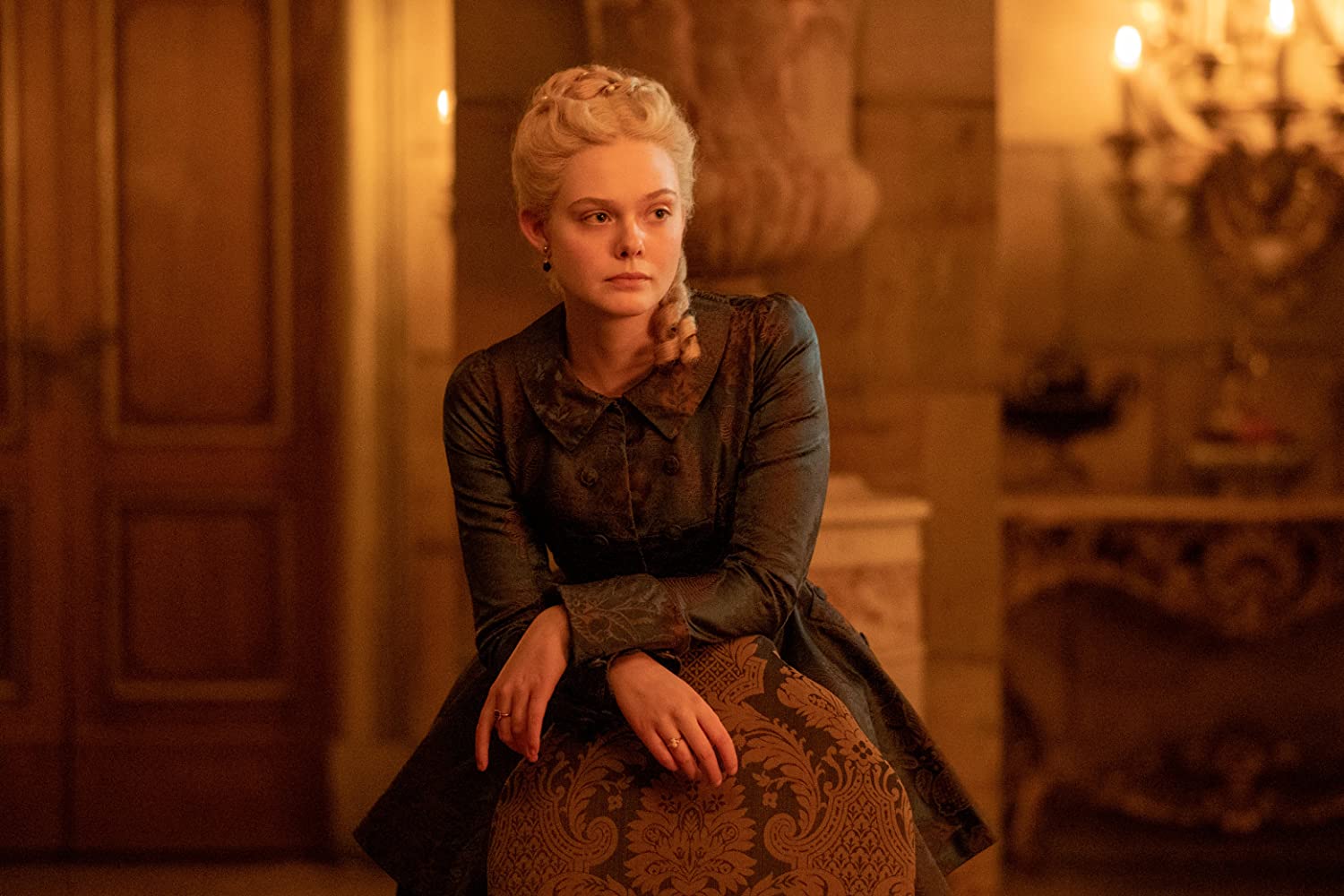 What? Plenty of women are familiar with their husbands acting like idiots, but the problem reaches an entirely different level when the royal family is involved. Tony McNamara, co-writer of the award-winning film The Favourite, crafts another witty costume drama. The Great tells the story of Catherine the Great and her adventures in the wild and crazy Russia. Here’s the skinny: A young German princess (Elle Fanning) travels to Russia to marry Emperor Peter III (Nicholas Hoult). Her romantic notions of a loving marriage and dreams for a bright future are dashed by the harsh reality of life in her new nation. Her uncouth husband, along with the members of his court, treat Catherine as little more than a “tolerated womb” meant simply to spawn a future heir. As for Peter, the new Empress is pretty much a downer since she prefers books and dull discussions about political reforms rather than his boisterous parties with bears and vodka. How does one fix a broken royal marriage? After a couple of sheepish endeavors to find common ground with her spouse and one lazy suicide attempt, Catherine decides to organize a coup d’état.

Why (not to) watch? The whole concept of The Great is quite easy to love. It is advertised as a mischievous, almost punk coming-of-age story with spiteful humor, mind blowing vintage costumes, brazenly beautiful leads, and a dash of exotic historical background. McNamara carefully calls his show “an occasionally true story”, hence there is no point of searching for historical accuracy. He’s clearly not a big fan of Craig Maizin’s approach, whose TV series Chernobyl depicted Soviet everyday life with astonishing attention to detail. Instead, McNamara shapes real historical figures and events to his own liking, exploiting the shop-worn stereotypes about Russia with its bears, vodka and balalaika. As a result, The Great looks like a messy mashup of casual facts, delirious fantasies and banalities about the life of royalty. Members of the court are constantly drinking vodka, eating desserts with moose lips and popping the eyeballs out of the heads of their defeated enemies. You could find some genuine fun in there, but novelty of the gentry’s bizarre entertainment wears off pretty quickly.

Cast-wise, it seems like Elle Fanning was born to play the roles of angel-like creatures who expose the misery of this sinful world simply by their own existence. Catherine is too naïve and inexperienced to plot an assassination of her own husband but has teeth sharp enough to bite off a finger or two. As for Nicholas Hoult, he clearly enjoys the role of a petty tyrant with an inferiority complex. He spends his days walking in leather pants (or without them whatsoever) and having lots of promiscuous sex with ladies of the court. His eagerness though falls victim to sloppy writing, as the show’s wittiness succumbs to raunchy satire and a bumpy narrative. Meanwhile, supporting actors are never given a single opportunity to reach three-dimensionality: they act solely as a narrative device rather than well rounded characters who could genuinely interest the audience.

The Great is only occasionally true and funny merely by chance. Eventually, it falls short in its attempt to reach the grace notes of The Favourite, lacking its sharp wit and ingenious plot. 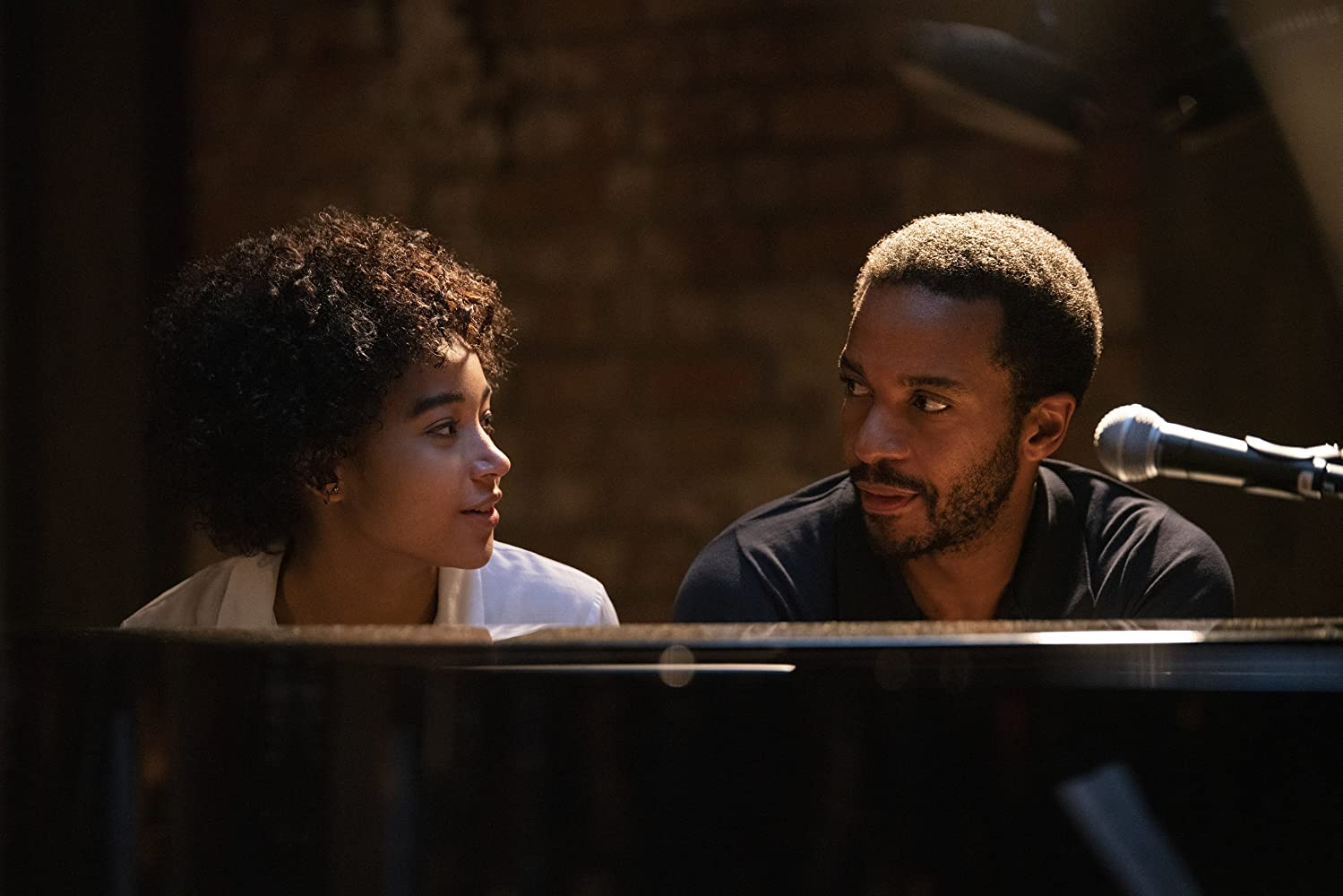 What? Damien Chazelle, the director of La La Land and First Man, takes us on a supposedly exciting jazz adventure through streets of Paris. Elliot (André Holland) and Farid (Tahar Rahim) are former musicians who open a club in the Parisian suburbs. Unfortunately, it’s not doing very well. The crowd is off, the band is off, some harsh looking dudes with Eastern European accents are demanding money from Elliot. As a cherry on top, his estranged daughter Julie (Amandla Stenberg) arrives from New York to live with him, even if he’s is definitely not ready for parenting.

Chazelle has always been fascinated by the power of ambition and passion, as seen in both Whiplash and La La Land. In First Man and The Eddy, these ambitions are given a more personal context, serving as a means of escaping reality. Elliot, just like Neil Armstrong, loses his son but instead of going to the Moon, flees to Paris. Fewer air miles. His solitude is disturbed by Julie reminding him that she still needs his support. She’s not the only woman in the show who is frustrated by men though: there’s the wonderful Leïla Bekhti, who plays Farid’s wife Amira, and Joanna Kulig from Cold War, reprising the similar role of an emotional singer with a disruptive love life.

Why (not to) watch? Chazelle always pays great attention to detail, and The Eddy is no exception. The hand-held camera peers into the characters’ faces with extreme close-ups and nervously follows them on the streets, creating a nostalgic feeling of cinema verité with a deep bow to John Cassavetes. The show masterfully sets up the right mood, accompanied by nearly omnipresent jazz music. It immerses you in this specific cinematic atmosphere where you can’t take your eyes off the screen although you don’t actually know why. That ironically happens when Chazelle is not in the director’s chair, as the first two episodes are the show’s weakest. He is too restless to stay in one place and clearly needs more action, which the screenplay by Jack Thorn can’t provide. Thorn, who started his career as a writer of Skins and won the Tony award for Harry Potter and the Cursed Child stage play, is surprisingly lazy with The Eddy’s narrative. Most of the time it is so ludicrous that you start to wish there was no narrative at all. The show could be an excellent video essay with no beginning or end, since the day-to-day life of its characters is the most captivating part of it (as long as this life is not disrupted by a confusing criminal subplot).

Strangely, The Eddy is the most engaging when it does not try to entertain. Hence, you will have to tear through the first two agonizing hours and deal with some secondhand embarrassment to get to the good parts. You’ve been warned. 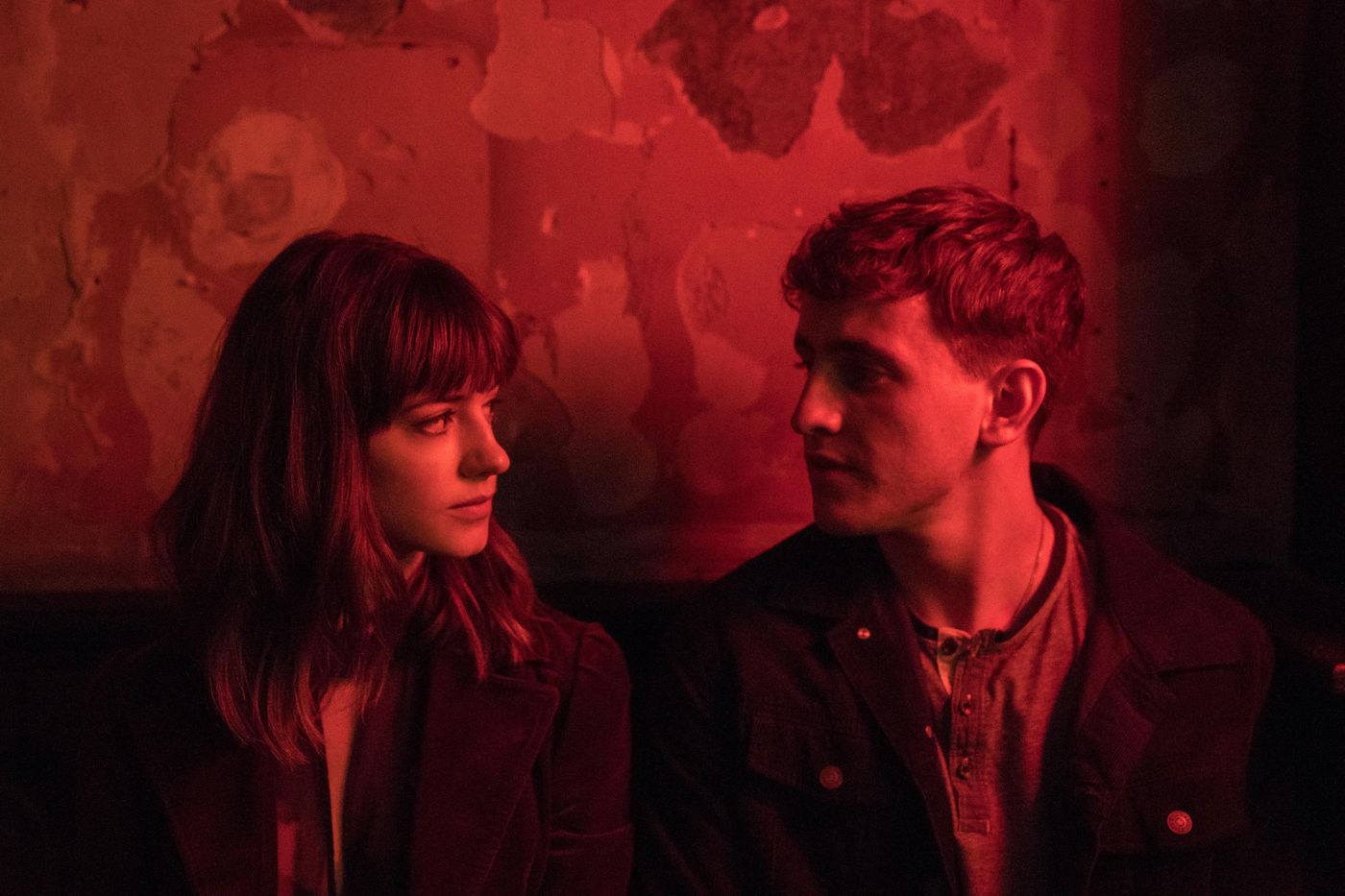 What? This already extremely popular TV series based on the novel by Irish author Sally Rooney, who likes to write about people with bad communication skills, is hands down the Twilight of the next generation. The main character’s silver chain even has its own Instagram account with more than 100,000 followers, making it presumably the most popular garment in TV history. So, what’s all the fuss about?

Here goes. Marianne is not very popular at school. In fact, she’s not popular at all. She has no friends and her fellow students call her an “ugly, flat-chested bitch”. Connell, on the other hand, is the star of the school’s football team. Although he doesn’t talk too much, his effortless cool is implied. The two meet at Marianne’s house, where Connell’s mother Lorraine works as a housekeeper. After a couple of brief conversations, it becomes evident that they like each other. Marianne and Connell start sleeping together in secret, so as not to tarnish the young man’s reputation with dangerous liaisons. Their dalliance ends when Connell invites someone else to the Debs (Irish equivalent of prom), thereby easily earning himself the title of the biggest jerk of the year. The tables turn a couple of months later, when they both find themselves at Trinity College in Dublin: shy Connell has no friends while Marianne becomes the center of everyone’s attention…

Why (not to) watch? Sally Rooney has been hailed as “Salinger for the Snapchat generation,” and seems more like Jane Austen with lots of sex. And sadly, almost nothing has changed since the 19th century. Rooney’s characters don’t organize balls and live in mansions, but they are still trapped in social and economic restrictions. The biggest challenges they face are more of a psychological nature. There would be no drama at all if Marianne and Connell had one proper conversation with each other, and with all the good will in the world, there’s no good reason why popular culture continues to finds endless joy in canonizing dysfunctional co-dependent relationships. Normal People’s success, and its rapidly established cult, is a good example of that.

The novel consists entirely of internal monologues which are clearly not easy to convert into the visual form. Lenny Abrahamson, the director of the first part of the show, assumes that pensive close-ups and meaningful silences can solve this problem. But this is not the case. As for the dialogue between Marianne and Connell, especially at the beginning, it is not only awkward (which is understandable considering two young hearts are involved) but also entirely tedious and expressionless.

Rooney herself was drafted as a screenwriter, working together with Alex Birch, thereby assuring that Normal People properly follows the words of the novel. At first, the show seems like a rehash of the book, adding nothing worthwhile, but it gets better in the college episodes, elevating parts of the story with sensitive acting. However, pretentious music cues and dips into grave melodrama make it hard to take all this suffering seriously. Eventually, you just want both of them to go to therapy. No love life is without problems, we’ve all met our fair share of arseholes, and sizeable amounts of self-destructive behavior can happen. We’ve all been there. But wouldn’t it be far more preferable to aim for horror or satire instead of falling back on the same tired melo-rom tropes we’ve seen countless times before? You be the judge.