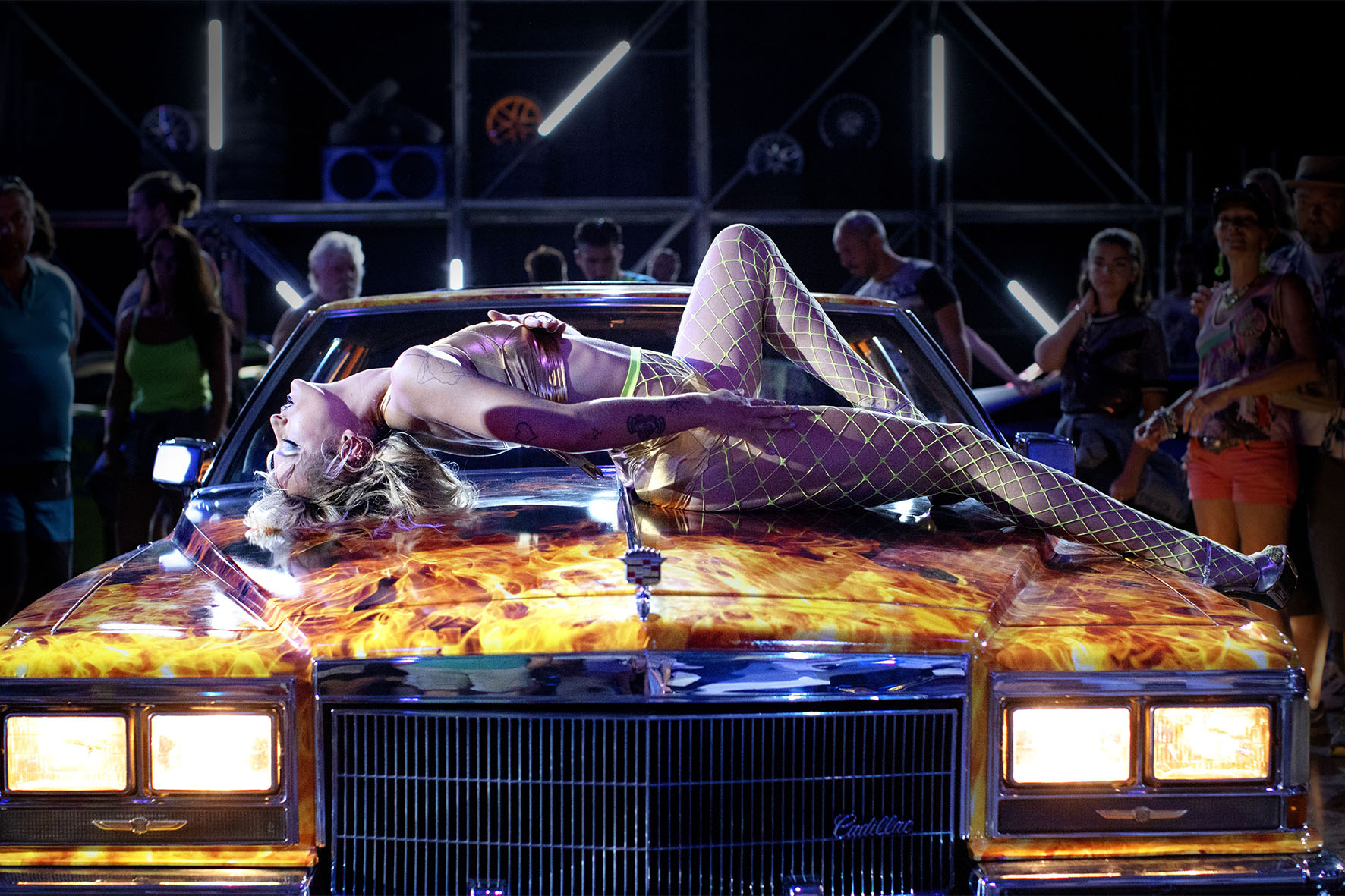 It’s hard to talk too much about Titane without ruining the face-melting experience of seeing it.

The second feature film by French writer-director Julia Ducournau made her only the second female director in history to win the Palme d’Or, and the worthy winner is quite the full-throttle cinematic experience. And not one for the faint-hearted: this is a film that reaches out from the screen, grabs you by the guts and refuses to let go for 108 minutes.

This ferocious achievement is an unpredictable and layered film that blurs the lines between gender, sexuality and (unconditional) love, feeling like a ramped-up continuation of her sensational – and far more accessible – first feature, the cannibal coming-of-age drama Grave (Raw). Not only is emancipation through the cinematic codes of body horror present, but the search for unconditional acceptance in the things we may fear the most is a thematic thread that runs deep in both of Ducournau’s films.

Adding to the enjoyment is the fact that a major festival jury had the boldness to award a top prize to a film this audacious and darkly comedic. Because make no mistake: this intoxicatingly grotesque and unforgettably visceral fable shreds your myelin sheaths in the best way possible, will make you think differently about the Macarena, and makes David Cronenberg’s Crash feel like Herbie Goes Bananas.