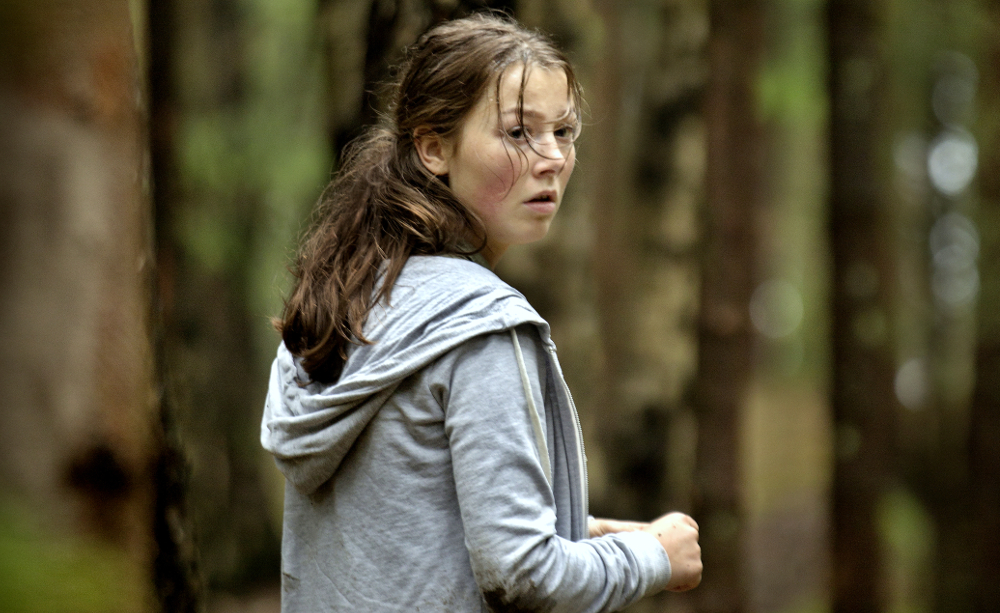 Erik Poppe on U – July 22, his harrowing, debate-sparking take on the 2011 Norway massacre.

Norwegian filmmaker Erik Poppe created a stir at this year’s Berlinale with his chilling real-time depiction of the 2011 massacre on the island of Utøya, as he films Kaja (Andrea Berntzen) and her friends trying to evade Anders Behring Breivik’s indiscriminate gunfire.

Why choose this approach – an immersive, single take reconstruction of the attack?

That was a decision I made early on, as so many of the survivors we interviewed shared the feeling of time passing during the 72 minutes of the attack. It seemed like a natural choice to make this particular period of time a character in the film. The idea of doing one take felt like the best way of making the audience feel like they’re there.

Can you talk about the casting?

To make a movie in one take isn’t technically that hard. It’s just a matter of planning, very much like a theatre play. The hard thing was finding actors who, without my support for the entire time the camera is rolling, could convincingly behave like they were under threat. It was about finding young actors who could handle this experience, and making sure that their emotional needs were looked after. They had to carry the film on their shoulders, Andrea (Berntzen) in particular.

How much did you involve survivors and victims’ families?

It was very important to have a good relationship with the survivors and the organisation representing the victims. I interviewed over 40 survivors and then presented the idea for the film. If they had said it was a bad approach, I wouldn’t have made the film. But I got their support early on. One mother told me that if I could achieve what I wanted, it might help them recover. But she also said, “If you make a sentimental film about hope or love, then I will follow you for the rest of my life because then you would have made a spectacle of my daughter’s death.” What she expressed was so important – she reminded me that I needed to do this as truthfully as possible.

What steps did you take to ensure you were being authentic?

We shot the film over the course of a week, in five takes. We weren’t on Utøya but on a neighbouring island. There, we had a long rehearsal period. We used exactly the same amount of gunfire as it happened on the island during those 72 minutes, and we used the same types of weapons. I had a group of survivors with me during the whole process – they agreed to be there during the rehearsals while we mapped out each scene, and even stayed for the filming. They felt it was important to be there and they wanted the film to be as accurate as possible too.

How do you deal with those who think it’s too soon to make a film about the attack?

Whenever people say that it’s too early, my answer is always: then when is the right time? And for who is it too early? People who say “What about the victims?” Well, they wanted the film to be made, because they realise that, seven years later, people are starting to forget and there’s a new generation who don’t know this story. There was an angry journalist at the Berlinale who said, “This is too early – you’re just crushing those people!” There were some survivors with me at this press conference who replied: “Excuse me, sir, but this is a part of our healing process, this is a part of us and we want this.”

Why choose to leave out the character of the mass-murderer, Breivik’s personality and motivations?

Many people have asked me this question: “Why doesn’t the film deal more with the terrorist and why he did it?” It’s a natural question because that’s what we always ask ourselves when there is a terrorist attack: who are the perpetrators and why did they do this? But I wanted to focus on the victims, not the terrorist. It feels like the right perspective at the right moment. At the same time, the political landscape in Europe is in such a state, with the rise of extremist right-wing groups, that it’s important to show this. We need to remember what happened.

Were you at any point tempted to give your film more of a contextual framework?

It was something I was considering, especially because there were other attacks in Europe at the time I was developing the film. In a way, I wanted to tell the story of what took place on the island, but I wanted to bring out a more universal message. When the film premiered at the Berlinale, I met a lot of American journalists who were chocking up, because for them, it was as much a film about Utøya as it was about school massacres in their country. By bringing people into the core of the action, giving the impression that they’re there, it was a way of showing the faces that the news and media don’t show. Not going into Breivik’s story was important, because you can get all of that through a few clicks online. There is some information text at the end of the film, but I wanted to represent the victims.

How was the film received in Norway?

The film opened to medium-sized crowds at first, because people feared that it would be too violent. But then word got out quite quickly, and the attendance became huge. I respect the fact that people need time to consider whether they want to see this film, and it’s not an easy film to watch. But more and more people realized that it wasn’t a violent film like a lot of other movies, but it shows violence in a much more truthful way. There was also a big relief in Norway that this film was the first film, as we all know that Paul Greengrass is releasing his film soon, which is much more about Breivik.

Are you going to watch Greengrass’ film?

I haven’t watched his film and I wasn’t aware that he was making his film until it was publicly announced. He has contacted me to ask whether we should have a double presentation, and have debates following the screenings… I told him that I needed to see his film first. My film is supported and well-received by the survivors and the families. They have told me that they needed my film – I’m not so sure how much they need Greengrass’. But I have so much respect for him as a filmmaker and I don’t personally mind that a movie is made about Breivik. I imagine that his film will take a wider-picture approach to what happened. I just hope they’ll do right by the families and the event.

U – July 22 opens in Berlin cinemas on September 20. Check our OV search engine for showtimes.