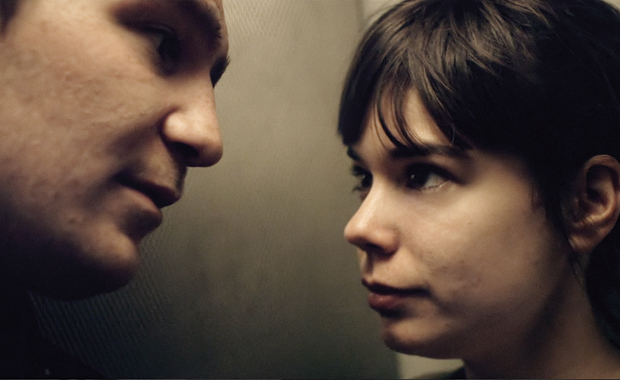 Sebastian Schipper’s Victoria takes us through a Berlin club night gone out of control in one long shot. Victoria opens in Berlin cinemas on June 11.

When Schipper’s third feature film showed at this year’s Berlinale, it was greeted with cheers and ovations. Radical in its form – a continuous 134-minute shot bridging over 20 locations – Schipper’s film also captures the Berlin zeitgeist as young Spanish nightclubber Victoria hooks up with a quartet of locals, finding love and exhilaration, desperation and death within a tautly observed and dynamically charged city.

This is your third film as director: suddenly, you’re the ‘shooting star’ of German cinema. How does that feel?

Am I? If I were a musician, this would be the first album where I’d say: this is the music I wanna do. I guess my point is: I like the film. When I see it somewhere, or see the trailer, I really like the authority of the images.

What came together here that didn’t work so well in, say, Gigantics?

What are the technical dynamics of such a formally exceptional film?

We had five people in front of the camera. One guy was holding it. There was only one car. There were sound crews and assistant director crews alternating. There was always somebody with a boom mic – but sometimes not: when Blinker gets his panic attack there was just the camera guy, me, and the four actors. Which actually led to a Russian couple who’d been partying all night wanting to walk into our scene. They thought he needed help. In the original take without post-production audio, you can still hear me yelling at them: “Go away!” And then the guy was like: “What’s your problem?” And I was like: “No, no, I’m sorry, we’re shooting a film.”

Was it clear from the start that the camera was going to propel the narrative?

We shot a 10-minute short because people were saying: it’s not possible to shoot it in one take. And I said: yes I can. So we shot this film in a hotel room, pretty good. I watched it, and told Sturla [cinematographer Brandth Grøvlen] that I really liked it, but I thought it was a little too perfect. We needed to do it more like a war photographer. Where you really go, wow, that’s strange. People move, they’re out of focus, something is wrong. I think there’s such a poetry in that. Probably Sturla had a better idea than I at times but I said: don’t control it, don’t be the best cinematographer. Be a guy with a camera.

How important was it to have Frederick Lau as a Berliner playing a Berliner?

I would say his talent comes before his being a Berliner. Yes, it was important that he and [Burak Yigit’s character] Blinker are friends. That was the core base of this little group. But for me, Freddie Lau is the most exciting actor of his generation and honestly, probably one of the most exciting actors in Germany. Because he brings that energy to the table. It’s not about marketing.

How did you cast Laia Costa in the role of Victoria?

By calling a couple of Spanish casting agents and saying, listen: we can’t pay you, but if you come up with the girl who plays Victoria you’ll get the credit and the fee. One was appalled – I understand that. But one was absolutely confident because she had Laia in her mind the minute I told her about the film.

Laia has been acting for three years. She’s older than she looks; she was 29 when we shot the film. Rare. A lot of times casting agents say: she looks younger. You can’t fool the camera, but in this case Laia did. In Spain, they see me as the person who discovered her. She killed it. She was my captain on that field. And it was good because in her part, she follows the big boys but on an overview basis, she was calling the shots. They bonded, they were an amazing team. I remember telling Freddie: when it gets tough, the girls are stronger. And he came back a couple of days later and said: you’re right.

What about the film’s plot holes? Is it plausible for a girl to walk into a five-star hotel and get a room without ID?

She had money! Here’s the thing. When I watch a film, what’s important is that I get the feeling that the director knows the way life happens – and that can include the way life sometimes happens. Will every girl who went to a Spanish music conservatory decide to help with a bank robbery? No. Is it imaginable that one will? Yeah. Is it possible that with a bag with €50,000 on you, you’re able to get this room? Yeah. That’s more important than making it waterproof. This urge or desire to make things waterproof can harm stories, domesticate stuff, the verschlimmbessern virus. Because at the end of the day, you don’t come out of the movie theatre and say: this was a good film, they made no mistakes.