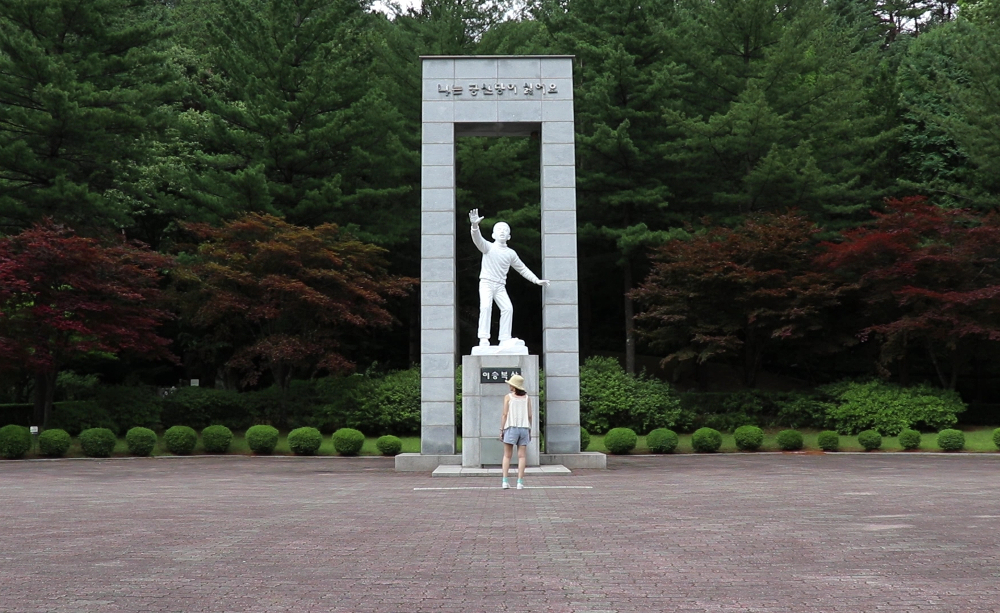 It all started with the desire to meet an old friend. South Korean director Kwon Eunbi’s Waiting for Spectres is not only her own documentary journey to try to meet a friend from 2005’s North-South Korean College Students’ Conference in North Korea, but a questioning of whether it is possible to meet any North Koreans at all outside that context – a formidable task since it’s forbidden by law for South Koreans to have contact with North Koreans. And she starts in Berlin. A choice driven by the simple fact that during the Cold War, the GDR and North Korea maintained close ties and many North Koreans came here to work or study. Follow Eunbi as she scours Berlin for these spectres’ of communism’s past and present on a hunt to find the impossible, an old friend from a forbidden land.

How did the hunt for an old friend turn into a desire to meet North Koreans in general in Berlin, and why 12 years after you met her?

There is a next-to-zero chance to meet a North Korean in South Korea – except for defectors. And the Korean government’s relationship with its northern neighbour has only gotten worse after my first and only visit to North Korea. But I’m curious about my neighbours. Then I received a job opportunity in Berlin 12 years after that visit. I’d heard there is a North Korean embassy in Berlin, so I thought I could possibly meet my friend again in Berlin, or learn something about her.

When I saw the Berlin Wall for the first time, it really shook me emotionally. It was strange to see the Marx-Engels Monument, off of Museum Island, as Marx’s Das Kapital was banned in South Korea until the early 1990s… McCarthyism was still a thing there up until then. I am not a socialist, nor a communist, but I have a choice here. In South Korea, it’s kind of taboo to speak about such politics. I like that air of freedom here in Berlin, it is a city of possibilities. It’s ironic that I can be understood better in Berlin, which is the other side of the earth and not my divided country, which doesn’t guarantee freedom of thought.

You were waiting to see the “spectres” of North Koreans in front of Berlin’s statue of Marx and Engels for about a year, which is almost like waiting for Godot. In fact, it was this act of waiting that gave the film its name. So you didn’t see any?

I met a lot of different people in front of the Marx-Engels Monument. They shared their own opinions about Marx, capitalism, neoliberalism, and even their own experiences from the Cold War. I performed this act of ‘waiting for spectres’ for around three hours a day or sometimes all day long. When I saw Asian people there, I had a lot of different thoughts. Thoughts like: “Is this Asian North Korean or not? Can I talk to him/her if they are North Korean? What would possibly happen if they were to be North Korean? In which language should I speak with them?” and so on. But if I did meet someone, I cannot say, as it is against the law to try to meet North Koreans on purpose.

Weren’t you afraid of punishment?

To be honest, I’ve been afraid since I started the performance. I even had nightmares several times and Marx appeared in my dream during the year of the performance as well. I got so much advice to stop because it’s dangerous, I was even threatened. But as long as I was in Berlin, I wanted to enjoy the formerly forbidden freedom.

Did you learn anything about your own identity through this journey?

Although the film Waiting for Spectres is about the relationship and division of South and North Korea, I realised that, really, we are all human beings. The things which make us different, like language, skin colour, gender, social status, religion, or nationality, usually oppress us. Once I even wished I was not a Korean. Then I could travel to North Korea.