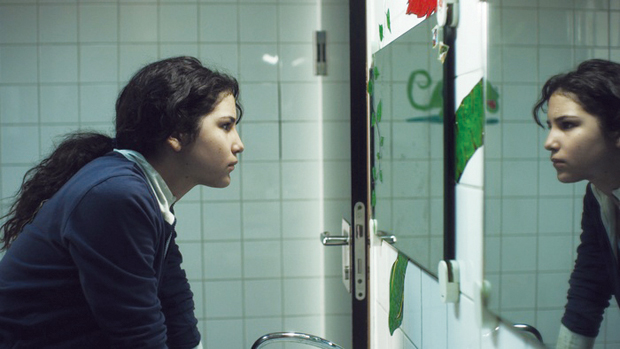 The story of a 13-year-old girl struggling to remain in Germany in spite of her mother’s deportation is at the center of Frieder Schlaich’s excellent “Weil ich schöner bin”.

Director, producer and co-founder of Filmgalerie 451, Germany’s revered distributor of art-house flicks, Frieder Schlaich, through his film work, is no stranger to issues faced by immigrants – his first film Otomo portraying the struggle of a black man trying to build a new life in Stuttgart in the face of both state and casual racism. After moving out from behind the camera for over 10 years he was led back into the director’s chair by the story of a 13-year-old girl living illegally in Berlin, fighting tooth and nail for her future in Germany.The result was Weil ich schöner bin (“Cause I Have the Looks”).

Join us on February 25, 8pm at LichtBlick Kino for our next EXBlicks (in cooperation with realeyz.tv) where we’ll be screening the film, followed, as per usual, by a Q&A with the director.

The film centres on living ‘illegally’ in Berlin and your last film Otomo dealt with similar themes of asylum in Stuttgart. Why do these issues interest you so much?

Human beings should be allowed to be free to move around. I’ve been privileged and have travelled a lot, especially in Africa, and have come into contact with people who are desperate to leave. Even if they don’t have a reason for leaving, I respect their desire to do so because the influence exerted on them by developed societies is so strong – cars, television, money and so on. If someone is young and ambitious of course they’re going to try and seek their fortune. What interests me is how these people are welcomed and treated when they arrive in another place.

Germany’s current economic position is going to attract more people. Do you think they’ll be welcomed?

I think it was a big mistake to change our constitution with regards to asylum rights – to effectively take it off the agenda. ‘Officially’ there is no illegal immigration anymore. When I made Otomo I went to the places where people were arriving from abroad – there were so many people trying to get in. Now it’s just not possible. I think it’s a shame that you should only try and attract ‘well-educated’ people. Why shouldn’t poorer families be afforded the chance to be educated?

When you were researching the film did you meet anyone in the same situation as Charo and her mother?

The scriptwriter [Claudia Schaefer] was working in an institution helping people living here illegally, Papiere für Alle (“Papers for everone”), so she had access to a lot of information that made its way into the script. For me the main subject of the film is how a child reacts in this sort of situation; not being allowed to trust anyone – not even her best friend. I have children Charo’s age and it’s such an important time as a teenager. If you have to lie to everybody it destroys your character. The people that I’d met who were in the same situation were afraid of everything. How does a child develop like that? It’s an awful situation.

Was it challenging to represent a young girl going through puberty?

It wasn’t difficult for me because I have a 13-year-old daughter. Without that experience it would have been uncomfortable. In many ways a 13-year-old girl is still a child but she’s also becoming a woman – she’s fickle, erratic – and we wanted to play with that. Usually in films you want your characters to be very stable so your audience can get closer to them but we made Charo very jumpy to try and show what she was going through. We needed to strike a balance where we could show the reality of this teenager and also tell her story without it seeming too erratic.

Were the animated sequences part of representing the erratic nature of her character?

The animations were included for a few reasons. The main actress, Missy [Mariangel Böhnke], comes out of a similar situation as her character. She lives in Wedding with her mother alone and there have been changing father figures. She was very wild in a way and we had scenes that just didn’t succeed. A lot of things changed and the animations weren’t planned. Working with children is a bit different to working with Daniel Day Lewis…

Did you ever let her improvise?

Obviously we were working from a script, so there wasn’t massive freedom, but I tried more and more to get the real character of Missy into the film. Sometimes I’d let her go and at others I’d ask her what she would do in a certain situation, how she would react and so on. Obviously we were aware that we couldn’t err too much or we’d miss things that helped to build the story, but we tried as best we could to let Missy’s character flow into Charo’s.

Did you cast Missy because she and Charo’s situations were so similar?

I made the film because of her. She was the only one we felt we could use. I like films like Fishtank and the Truffaut films that had the rough neighbourhood with people struggling for something and Missy suited that. We wanted something more lively and more colourful where we could say, “It’s summer in Berlin and every once in a while this girl forgets her problems.” That’s how kids are. This film had to be lively because of who the story was centreing on.