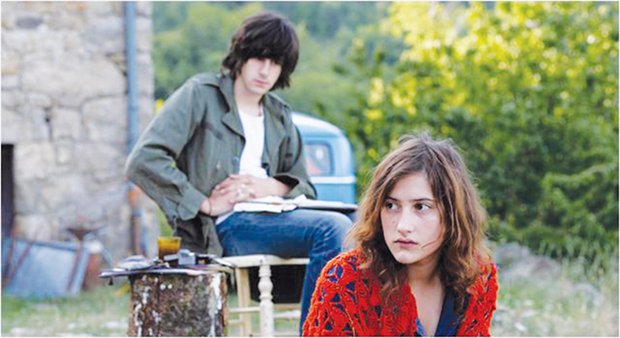 With Après mai, Olivier Assayas uses his personal trajectory to shed light on the fervour, the conflicts and ultimately the failure that defined the 1970s.

Born in 1955, Olivier Assayas was 13 when the wave of revolt swept across Europe in 1968. He credits his experience growing up as a teenager in the aftermath, when ideology was all-important and revolution felt like a real and imminent prospect, as the formative years that unexpectedly lead him to cinema. The film revisits those years through the eyes of Gilles, a protagonist based on Assayas himself.

To what extent is Après mai based on your personal experiences?

If there is something that is specifically personal, it’s the strange path that took me from the abstraction of painting to the figuration, the representation of cinema. But it’s a story that has no sense if it’s not embedded in the collective history of my generation. The story of Gilles would have been impossible in another context. It’s completely defined by his surroundings.

What perspective did you want to gain or offer with this film?

One element of it is certainly that the 1970s have always been misrepresented. They’re either caricatured or idealised, and both are wrong. It’s easy to make fun of the 1970s because they were extreme, they were crazy, over the top… but nothing of it was ridiculous because it all involved questioning the materialistic values of the time and breaking with a society that was becoming archaic. I’m also trying to represent the very antagonistic poles. You had the counterculture, which was about transforming the very fabric of society, the values of society, conquering individual freedom. And on the other side you had dogmatic leftism, which was opposed to everything that had to do with transforming the fabric of society: anti-sexual liberation, anti-soft drugs, anti-rock ’n’ roll, anti-whatever you wanted. In the memory we have of the 1970s it’s one and the same thing. But it’s not! It was extremely violent, extremely antagonistic.

When you compare your generation to the youth of today, do you regret their lack of political engagement?

You can’t do better than your times. Yes, the kids in the 1970s were politicised, but they were politicised because that was what their present was about. May ’68 was perceived as a failed revolution and there would be a successful revolution coming in the next few months, in the next year, two years at the most. You felt this sweep of history and you wanted to identify with that history, so you read about the Russian revolution, the Spanish Civil War, the history of Marxism, whatever. There was this interest in the past that defined a faith in the future, which is gone now.

I think that the mistake of European leftism was dogmatism, gradual dogmatism. It was being extremely complacent with totalitarian ideologies, specifically in China and Russia. Leftists were anti-communist but they were extremely shy of confronting the Communist Party on human rights issues. And leftism at some point moved into terrorism, which freaked everybody out. Terrorism in Europe was the last disastrous act in the history of leftism, and in the end, it led to the failure of something that carried the hopes of so many.

Après mai is now showing in Berlin cinemas. Check out our OV search engine for cinemas and showtimes.