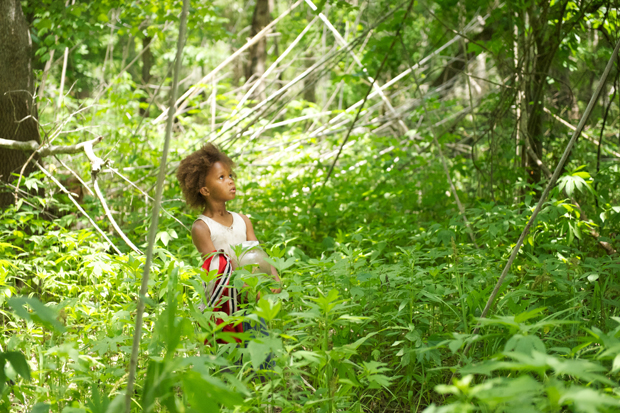 Winner of this year’s Caméra d’Or at Cannes for his first feature-length film, director Benh Zeitlin was just 26 when he and a group of friends, colleagues and fellow film travellers collectively known as Court 13 got together in New Orleans to make Beasts of the Southern Wild.

Based on a play by Zeitlin’s friend Lucy Alibar, the movie is a labour of love, nodding at meta-narratives but resolutely doing its own thing by transforming apocalyptic doom and gloom into a fairytale of epic stature.

You choose to turn the boy character in Lucy Alibar’s play into a female heroine, and your closing scene shows four girls staring down four beasts. Are you making a statement about the role of women as guardians of tradition?

Basically Lucy told an autobiographical story with a reversed gender. When I re-interpreted it, I had to imagine the character as Lucy. It made more sense to bring it back to being a girl. For Hushpuppy’s role we saw about 4000 kids over the course of about nine months. Originally that final scene was written as two boys and two girls. It was kind of like a meritocracy.

Partly because we spent so much time casting for Hushpuppy and saw so many girls and we just had four incredible girls that were the four best actors. Once we started looking at it we thought, how do we not cast any of these girls?

Your main actress, Quvenzhané Wallis, was only six when you shot. How was it to work with someone that young? Did you ever worry that you were setting the emotional bar too high for her?

We responded to her ability. When we first decided that the character was going to be that young, we thought for a moment about sending this girl into situations and making a documentary. Structure situations, put her in them and piece something together that wouldn’t play like a normal film at all. But then we found this girl that could act, at that age.

She’s nothing like that character. I remember in early rehearsals, we were doing this very intense scene and I thought she was scared and I cut the scene and said, “Stop, are you okay?” and she said, “Yeah.” It wasn’t like we were putting her in these situations and she was method acting. Because we had a kid with that ability, we rewrote the script to go to dramatic places that we didn’t think we were going to be able to go to.

The film is full of narrative references: from Noah’s Ark to the Little Prince. How aware were you of those narratives whilst filming?

I’m a child of folklorists, so my whole head is full of folklore. I’m constantly interpreting things as narratives. That’s how I pass through the world, seeing narrative arcs and epic stories and relating everything to mythology.

My last film was an Orpheus story. This one is much more like a real story, imagining a real series of events that could happen to a kid living through a hurricane and then letting her do the interpretation, constantly trying to find ways to frame these events in the context of a Bible story.

Drawings and illustrations play a special role as a way into a child’s mind, accessing truth by showing rather than explaining. You even reference the cave drawings at Lascaux …

Yeah, a lot of it emerged from her. The interesting thing, working with someone that young – she was five when we cast her – was that a lot of those drawings emerged from just working with her and realising that the most interesting things that she was thinking and saying weren’t conversational. Drawing was a way of interpreting something and a lot came from trying to understand her and trying to bring that same process to the screen.

For example, we realised that the most interesting thing about her character is the way that she’s framing information: how she’s processing things. It was less about conversations she was going to have, or fights she would have or active things she was going to do. At that age, you understand that you’re small and powerless in a lot of ways. It’s the way that she understands, the evolution of her understanding that becomes her narrative arc.

You mentioned Mike Leigh and Cassavetes as models for your approach to directing. How did you maintain spontaneity and keep non-professional actors from getting used to working with a camera?

We didn’t cast actors or people with ambitions to be actors. You don’t have the same sense of craft. There’s no “I want to try it this way” kind of experiment, which actors do, which is great when you’re working with them. You’re working on a much more personal, intimate level, doing different things for different characters.

With Hushpuppy, she would feed off an energy in the room. We knew what the emotion of the scene was and it was like a game, where we would all be angry, all be in the emotion she had to be in, and she’d respond to that. Everybody would be crying on set and she’d be able to cry. It’s just constantly evolving. You have to change your method every two days. You have to have an unlimited bag of tricks. You can’t come in and use the same method because it does dry up and then people get self-conscious.

Another thing: you don’t give people all the information before shooting. Or you change the circumstances in front of the camera or change their lines. You pull out everything that they are relying on and they become much more unhinged. It’s also the kind of places that we shoot. Not in a three-room soap opera set but on the water, reacting to currents, extreme heat and insects: all these visceral, real things that you’re going through.

Using 16mm film must have helped.

That was a big part of it. To get into these extreme locations and not have a whole infrastructure of data managing and generators. We had to be able to shoot with no power and no scrims and flags. It allowed us to point and shoot. All the sets were real. We would build a real house to the point where people building the houses were actually living in the houses like actual places. It gives you the ability to let actors explore in a way that you couldn’t on set. You have this ability to invent yourself in the landscape.

And 16mm also gave us the ability to not craft light. To get this look out of digital, you’d have to really craft the light, and make the actors pay attention to things like blocking – only moving so far on a set, not stepping out of a scrim.

At the end of the film, Hushpuppy stares down the aurochs. Is she establishing a tie to a brave new world, or her own imagination?

I would say, the former. That moment is so tied to her taming Wink (her father) and to her taming her environment. Everything she knows is about to be eaten in one sense or another. It’s a mutual understanding and respect that happens between her and an animal that’s there to eat her. She gains respect and understanding of her fears, towards her father and her place. She’s come to a place where she understands that she’s going to lose something that will live on inside her.

They don’t become friends. It’s two animals pit against one another that both have a moment of understanding that to kill an animal on the verge of extinction is like an extreme sin. Because they are wise, they understand this and let one another pass. That is as far as taming goes in this movie. It’s not about flawed things transforming into good things. It’s about coming to accept hostilities and faults in creatures and people and places and forgiving and loving them. That is the taming. Not change.

Beasts of the Southern Wild opens in Berlin cinemas on December 20. Check our OV search engine for show times.