Since the closure of cinemas five weeks ago, we’ve been bringing our readers streaming tips, the stellar docs, quarantine shocks and Disney+’s fresh stocks. Oh, and let’s not forget our thoughts on the tone-deaf shambles that is Corona: The Movie.

Last week, we shook things up with our roundup of favourite podcasts – as even the most fervent of cinephiles and cooped-up film critics need a break from their screens, if only to get over the harsh reality that their critical acumen and livelihoods are now mercilessly threatened by none other than the Princess of Pop herself.

Still recovering from the fact that Britney is encroaching so brazenly on this reviewer’s turf, this week’s Home Kino column focuses less on streaming reviews and more on what’s freely available on YouTube for the discerning film lover.

For the purposes of this non-exhaustive list, we’ve excluded the more traditional review-the-film shows in favour of channels that look at cinema from a variety of compelling angles. So, whether you’re looking for a short masterclass on a particular director, film-based cooking recipes, a good belly laugh at the expense of genre tropes or filmmaking tips, here are the YouTube channels no film fan should be without. 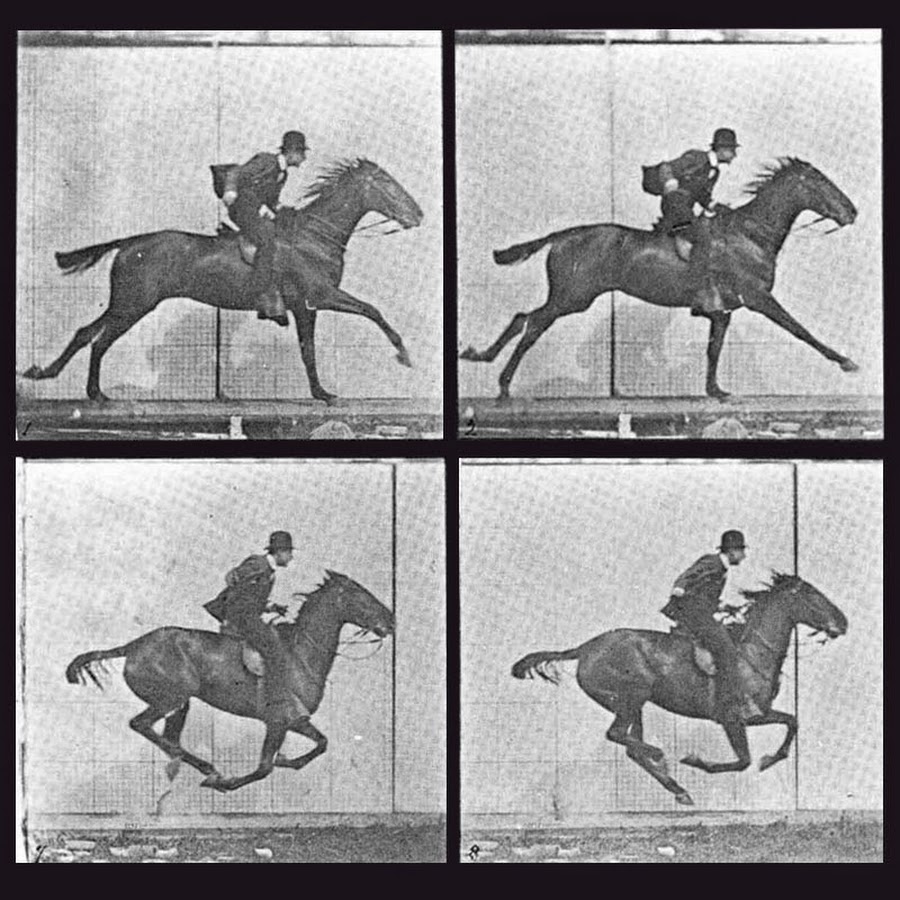 EVERY FRAME A PAINTING

Every Frame A Painting is a series of 28 video essays that ran between 2014 and 2016. During that time, filmmaker / editor / narrator Tony Zhou and animator / editor Taylor Ramos set the bar sky-high for other video essay channels: they offered thorough analyses on film form, as well as a meticulous understanding of the movie industry’s ins and outs. Their essays explored a particular topic, deconstructed a genre, and often singled out one creator.

So, what is it that still puts this channel heads and shoulders above the competition, even after its “closure”? After all, YouTube is loaded with explainer videos and there’s no shortage of self-anointed film buffs itching to publicise how knowledgeable they are. Every Frame A Painting stands out because of the care put into every immaculately crafted video, and how complex theories are comprehensively dissected. What could have been impenetrable theoretical and technical deep dives are handled in such a way that anyone can unearth treasure: both the uninitiated and the knowledgeable will find their viewing experiences enriched by these videos.

Zhou and Ramos may have called it a day, but all the content published on their website remains on YouTube to this day. All 28 are deeply insightful watches, and we recommend…well, all of them. Start where you like, but the episodes ‘Brief Look At Texting And The Internet In Film’, ‘David Fincher – And The Other Way Is Wrong’, ‘Edgar Wright – How To Do Visual Comedy’ and their final essay on the use of orchestral sound in the MCU are must-sees. 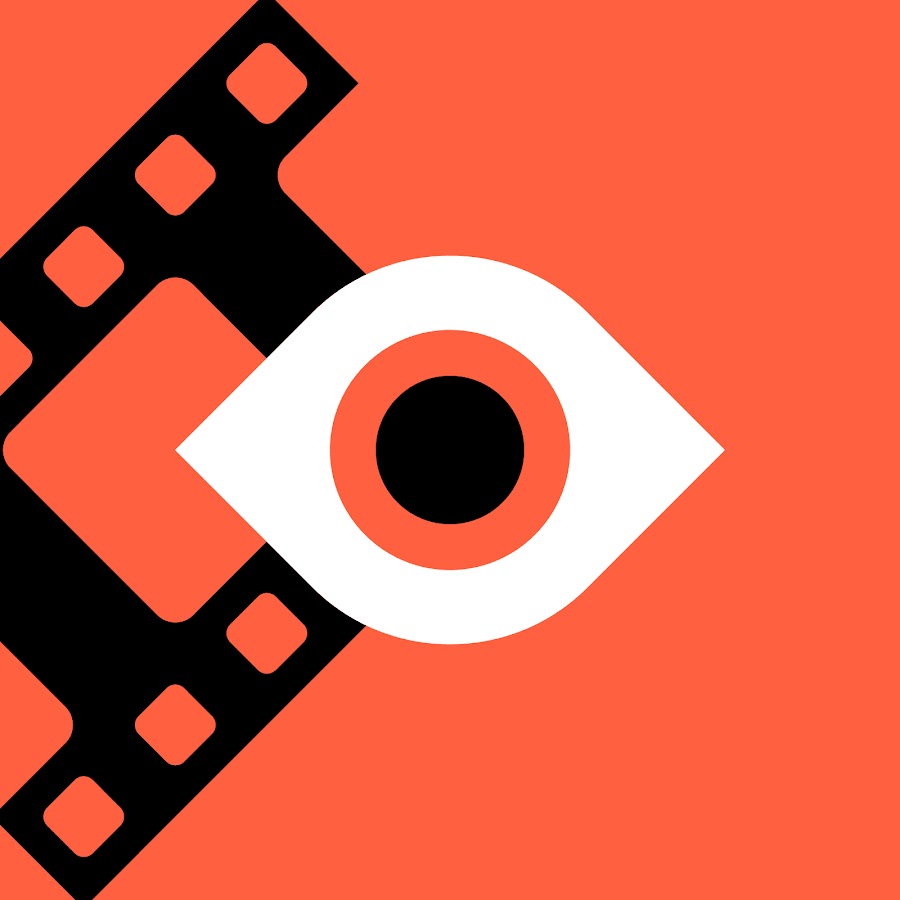 NOW YOU SEE IT

With Every Frame A Painting having thrown down the gauntlet (and thrown in the towel), numerous channels took careful note. One of these is Now You See It.

The channel is a self-proclaimed “college film analysis class minus the lecture halls, essay assignments, and student loan debts.” What’s not to love? The essays effortlessly mesh research and strong visual storytelling, adopting a forensic approach to explore storytelling devices, cinematic techniques and genre tropes. Their aim is to shed some light on facets that don’t immediately meet the eye, whether it’s the geometry within films that shapes the way you think, the symbolic of chess in movies, or debating whether Joker is cinema. This last one – a recent addition – asks that question in the wake of Martin Scorsese’s comments on superhero films. It’s a narration-free collage that juxtaposes clips and interviews, and whether your main takeaway is that Joker is a soulless Scorsese tip-off or something more, the video’s expert editing is thought-provoking.

If you like Every Frame A Painting and Now You See It, we also strongly recommend you check out The Nerdwriter, Lessons From The Screenplay and The Cinema Cartography for more top notch video essays. 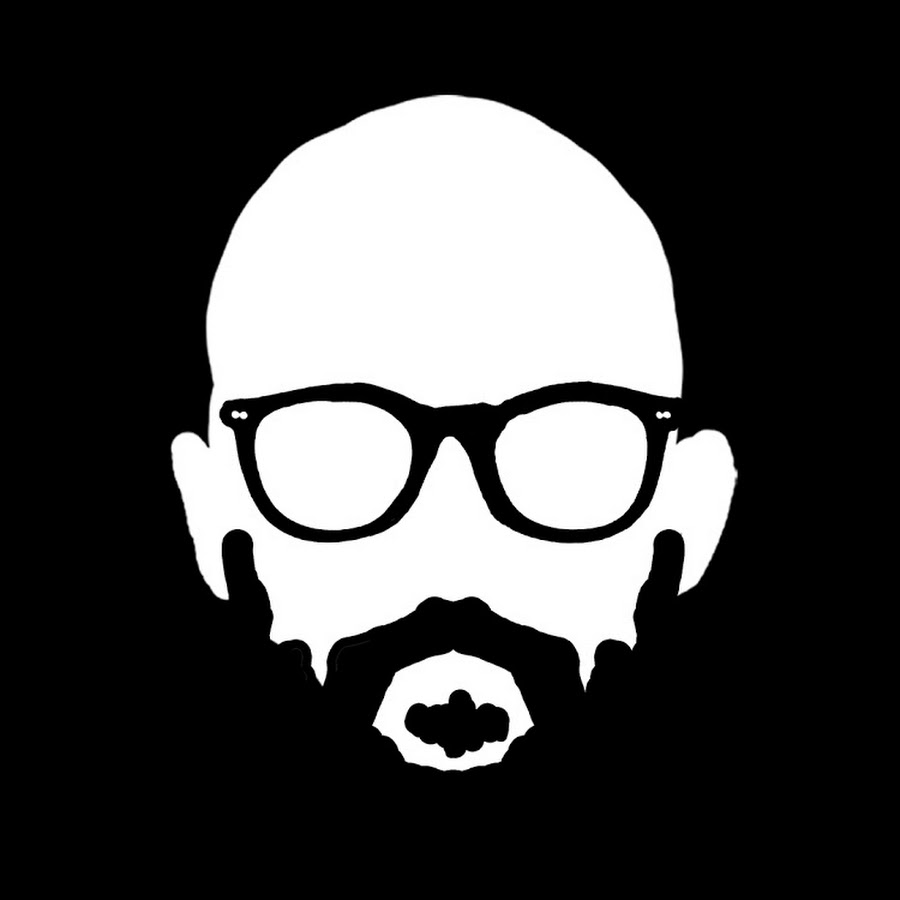 Ever see a dish on screen that’s left you with a massive, stomach-rumbling craving? Are you aching to potentialise your cooking skills by combining them with your socially confined streaming routine? Well, Binging With Babish has got your back. And stomach.

Named after The West Wing character Oliver Babish, this absolute gem of a cooking show is moreish in the extreme and caters to both film lovers and practitioners of the dark culinary arts. The show was launched in 2016 by Andrew Rea, and is dedicated to “discovering what the delectable (and occasionally horrible) foods from fiction actually taste like”. The impressively self-taught cook recreates recipes featured in film, television and video games. Ever since his first episode (the Parks & Rec burger cookoff), Rea and his superb dry sense of humour has taken his viewers through a succinct and accurate step-by-step approach to recreating the dish as it is seen on screen. He then shares a few cooking tricks, and often includes his interpretation or improved versions of the recipe.

It’s a pacy affair (videos rarely trespass the 10-minute mark) and it’s all about the pop culture-inspired food. Rea’s smooth baritone narrates while the camera is exclusively fixed on his hands and the kitchen countertop. His emphasis is on the craft (as opposed to his admittedly lovely face) means that you’re free of endless intros, humourless promotional guff and self-aggrandising naffness that plagues so many other cooking videos.

So, whether you want to know how to make Friends’ infamous the Moistmaker sandwich, find out if you can (and should) slice garlic with a razor blade and liquify it in tomato sauce like in Goodfellas, ace Ratatouille’s ratatouille or prepare Parasite’s now-iconic Ram-Don dish, this must-watch show should be your next port of call. Dig in, like the famished monster you know you are! 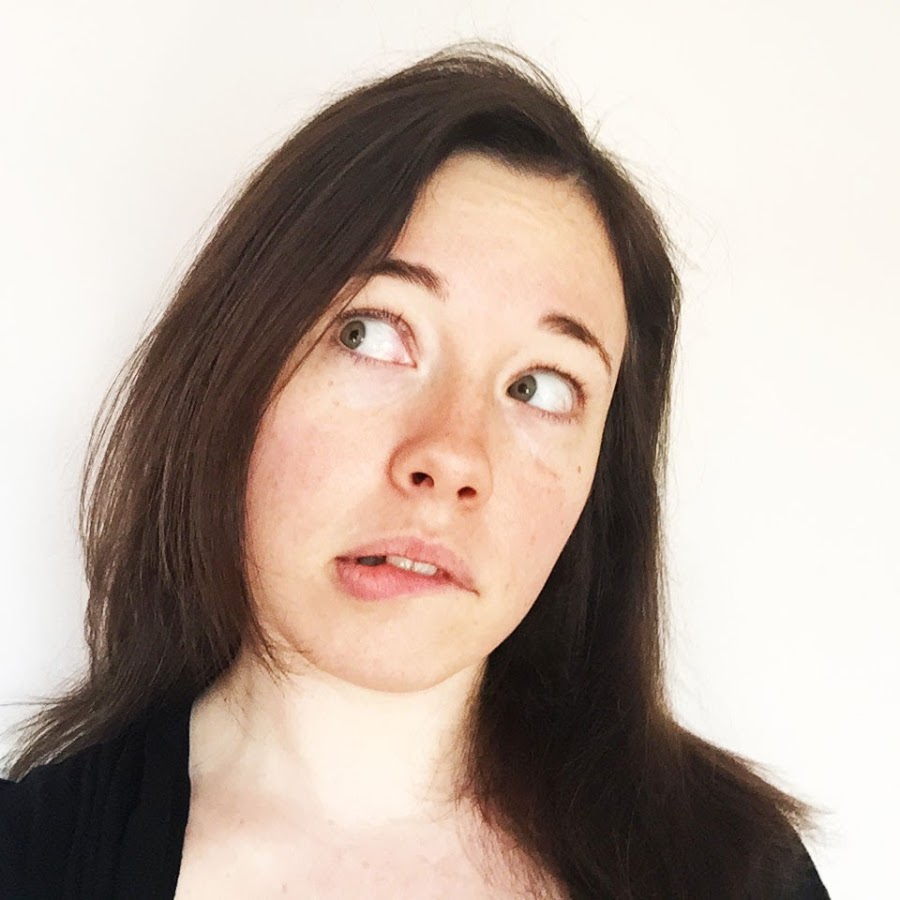 Formerly known as “The Nostalgia Chick” on Channel Awesome, the brilliantly idiosyncratic American film critic Lindsay Ellis started her own channel in 2014. Focusing on more long-form video essays, Lindsay Ellis is a must if you like things being picked apart with a solid dose of funny.

Detailed and thoughtfully researched, her videos span a wide range of topics, including a lot of Disney essays (the most recent of which, Woke Disney, is fantastic), the cinematography of Cocteau, her re-examination of the culture surrounding Twilight-bashing, and even a whole series dedicated to the Transformers franchise. Indeed, ‘The Whole Plate’ sees Ellis view Bayhem through the lenses of Feminism, Queer theory and Marxism… And it’s brilliant.

Oh, and don’t miss out on the recently uploaded ‘Why Is Cats?’, a fascinating and fair examination of what could generously be called an eye-gouging monstrosity.

This last video is emblematic of Ellis’ stance, as she is less interested in taking cheap shots and damning films outright, and more focused on bringing a wryly academic spin to film analysis. It’s also worth pointing out that her detail-orientated and consistently entertaining approach is matched in quality by her series ‘Loose Canon’, which explores the historical portrayals and derivations of historical figures, pop-culture icons and celebrated characters in media. 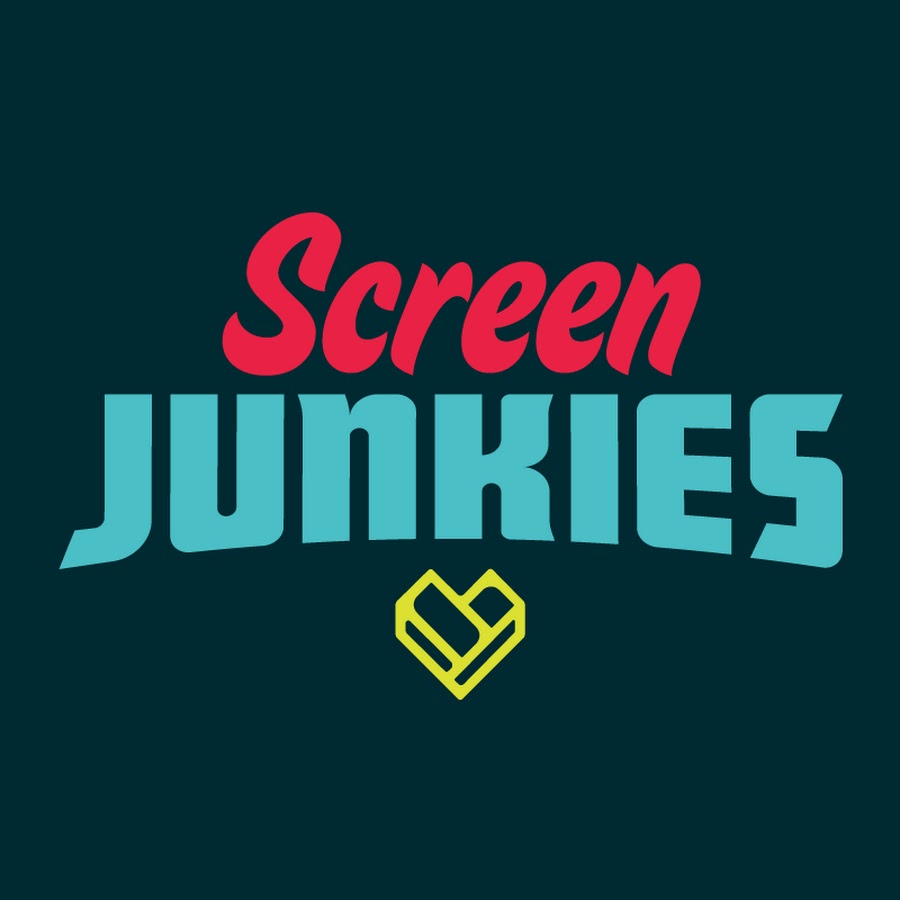 One of the more famous inclusions on this list, Screen Junkies functions like its own television programme. It’s a YouTube channel run by a team of YouTubers, who contribute to a panoply of shows including film commentaries, discussion panels and interviews. They’re probably best known for their parodies though, specifically their flagship series Honest Trailers.

Started in 2012, this massively popular and Emmy-nominated comedy series parodies movie trailers by taking recent (mostly) releases and delivering an honest take on them. Currently narrated by Jon Bailey, the series often shrewdly recruits external help for certain episodes, especially when it comes to musical segments: The Lion King, Les Miserables, and the recently published Honest Trailer for Cats stand out in this respect.

While there’s an entire subset of channels that focus on what movies do badly (Movie Mistakes and CinemaSins spring to mind), the Honest Trailers series stands out and finds a way of being light-hearted whilst indulging in scathingly honest commentary. Indeed, unlike CinemaSins’ Everything Wrong With series – whose empty observations and quality-quantifying schtick feel intellectually barren – Honest Trailers’ good-natured nit-picking is both on-point and slyly satirical. Enjoy – at the time of writing, they’re 341 trailers in. That should pass some social distancing time. 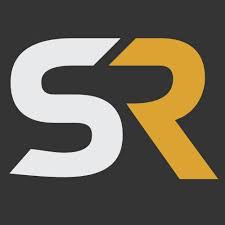 A YouTube channel as well as a website, Screen Rant deliver a heck of a lot of content. Since July 2010, they’ve established themselves as a go-to source for the latest (and reliable) movie news, as well as top-notch videos. From reviews, trivia-based listicles and fun facts to more humorous fare, this channel is as informative as it is entertaining.

Instead of going through their whole line-up, we’ve singled out the Pitch Meetings series. Originally titled ‘Super Easy, Barely An Inconvenience’ – a phrase which went on to become a favourite catchphrase in each episode – Pitch Meetings is a series of comedic sketches helmed by Ryan George. It sets up the pitch meetings for all your favourite (and recently released) films, in which a frequently enthusiastic screenwriter tries to sell a movie idea to a movie executive – both played by George.

While George’s mannerisms are very funny and the running gags and catchphrases never fail to hit the spot, the way the series skilfully points out movies’ inconsistencies and accentuates some of their problematic aspects makes the show “TIGHT!”. In many ways, it works on the same level as the aforementioned Honest Trailers, but stands on its own two feet as a gently satirical but biting commentary on the bean-counter studio system which systematically uses cookie cutter tactics and shop-worn tropes to maximise box-office profits.

We recommend you start with the problematic sexual implications of “Hamlet meets Bambi in Africa with cats”, James Bond getting his comeuppance, the timely coronavirus nods in the A Quiet Place episode, as well as the spot-on skewering of Tiger King. 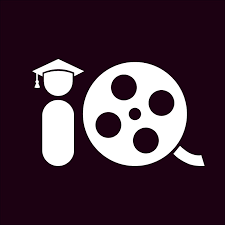 Set up as a resource for aspiring filmmakers, Filmmaker IQ also has a lot to offer for casual film fans. It’s the ideal digital pitstop if you’re looking for valuable insight on the more technical, scientific and historical aspects of filmmaking.

This channel is a one-stop-tutorial-shop for everything you need to know about what goes on in front, behind (and frequently inside) the camera: the science of exposure and metering, the history of the Hollywood movie poster, and how to get your short film screened at film festivals. Much like Now You See It, it’s film school without the fees and at the click of a mouse; but this one isn’t afraid to delve into the more scientific aspects of filmmaking, with all the technical nitty gritty that that entails. With the help of diagrams and some craftily researched case studies, viewers are treated to exhaustive and accurate tutorials that aren’t as dry as they might sound. And, as previously stated, it’s not just tailored to aspect ratio boffins and aspiring filmmakers: Filmmaker IQ tackles some lighter but no-less-fascinating topics like the history of popcorn and movie theatres. Don’t miss out.

That’s it from us this week. Happy YouTubing, respect minimum distances, be kind to each other, and stay tuned to exberliner.com during the coming weeks for exclusive content and more Home Kino recommendations.