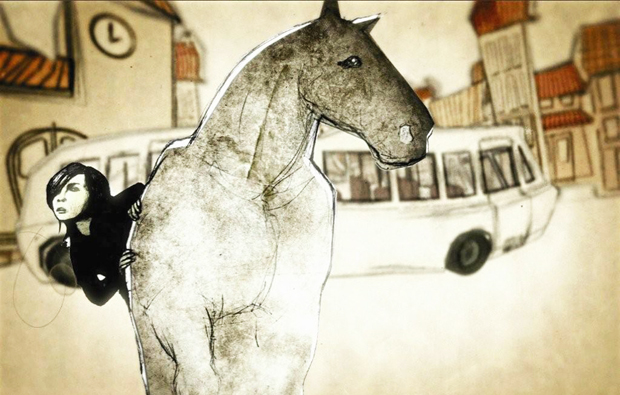 The Zebra Poetry Film Festival will have to make the tough choice between the 26 entries in its competition. Some films are based on work by popular poets like William Burroughs or Kurt Schwitters – Andrew Stegall uses a Shakespearean sonnet to deliver a political message in his To the Marriage of True Minds – but there are plenty of new writers to be discovered by those of us who don’t read poetry for breakfast.

Look out especially for American-Irish poet Alice Lyons’ beautiful film-poem in which she takes on the whole of The Polish Language (with animation by Orla McHardy), or the cleverly old-fashioned reminder to proofread carefully, Missed Aches by Joanna Priestley.

The competition is complemented by events like a Berlin-Tel Aviv Workshop for Poetry and Film (October 17, 14:45), poetry films by famous early filmmakers like D.W. Griffith and Michael Curtiz (October 16, 18:00), a “Nordic matinée” (October 17, 12:00) and many more.