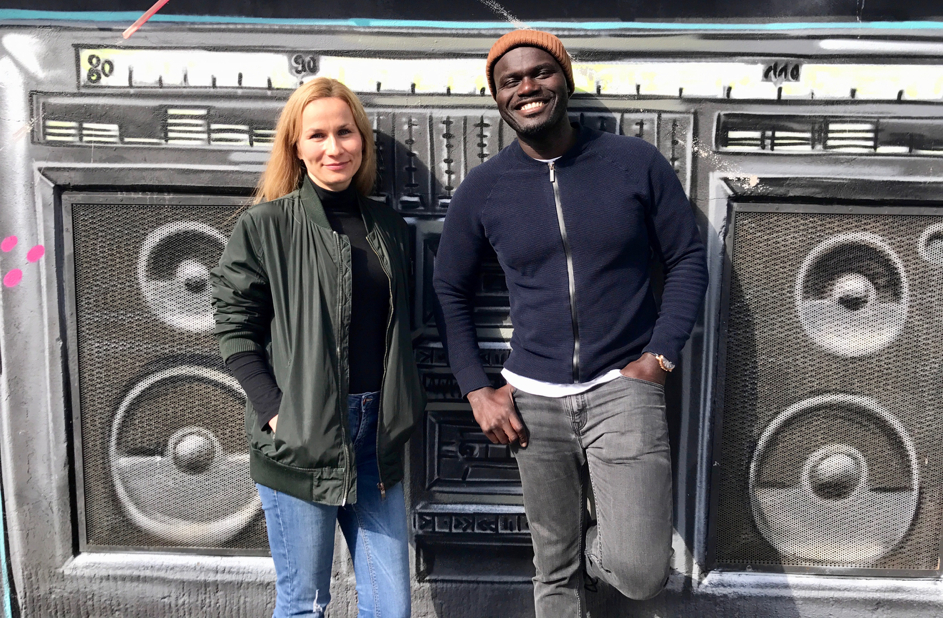 The fourth African Food Festival is set to sate hungry Berliners June 9 and 10 at Osthafen Berlin. And it’s not just about food. Over the years, AFF has become a networking platform for the black community in Berlin and is all about celebrating African culture.

“For my generation, it’s come to the point where we have to make a statement for our community, that we are here and we can show ourselves,” says Juice Owusu, one of the co-founders of the African Food Festival. For him and his wife, Liane Kobe, the food festival that they started in 2016 is more than just a place to capitalize on the foodies’ craving for something new. “This is a platform that allows the black community in Berlin to see that they are not alone,” Owusu says.

While Kobe has always had a love for food, and Owusu a knack for event planning, the African Food Festival was born from their desire to create a community for more people who look like them, and because of it, face the same struggles in a still homogenously white city. “It feels good to look around and see other families who look like us,” says Kobe.

The festival is now entering its fourth year, with 13 different countries represented, including Owusu’s parents’ native country of Ghana. The countries span across the regions of South, North, East, and West Africa, and include Jamaica as well, since much of its food and culture is rooted in African tradition. Alongside that, the fest offers up a bevvy of concerts, workshops, talks and non-edible shopping options, as well as a kids corner for the brats.

Besides providing a networking platform for the black community, the fest works towards shaking up Europeans’ conception of Africa. Owusu elaborates: “When people think about Africa, they often think about starvation, corruption, and war. We want to show people the positive side of Africa.” This goal was their reason for refusing several political and NGO groups who wanted space at the festival, not because they believe there is no place for this kind of work, but because they want to make the point that African events don’t always have to be about collecting money for a cause. There should be the possibility of presenting African food and culture without being expected to send donations to aid organizations based in Africa.

Although the festival functions well as a networking platform for the black community, they want everyone interested in exploring African food and culture to come. “We don’t want people to think they have to be from Africa or have African roots to be included,” says Kobe. “People who are well-intentioned in bringing African food culture to Europe are welcome.” Owusu and Kobe think it’s all about motivations. Any exposure for Africa that portrays the continent in a more positive light is good enough for them. They don’t mind if the festival-goers are white hipsters who use pictures of the food on their Instagram. To them, this is the Africa they hope to share.

Likewise, for those who think that this is just a way to capitalize on the foodie market here in Berlin, think again. Owusu and Kobe have personally funded all three festivals themselves and are just breaking even. While their goal is to make the festivals profitable to some extent, they refuse to sacrifice the idea and the food just to make a buck.

Check it out, grab yourself a bite and see what Owusu and Kobe’s vision of authentic Africa giving to Berlin looks like!