Since Mitte forerunner Ma’Loa opened a year ago, this Hawaiian fish dish has left a salmon-scented trail from Alexanderplatz U-Bahn station to the chilled sections of Lidl. We gave three purveyors a shot. FOR TOURISTS AND WEST BERLIN OFFICE DRONES: SONS OF MANA 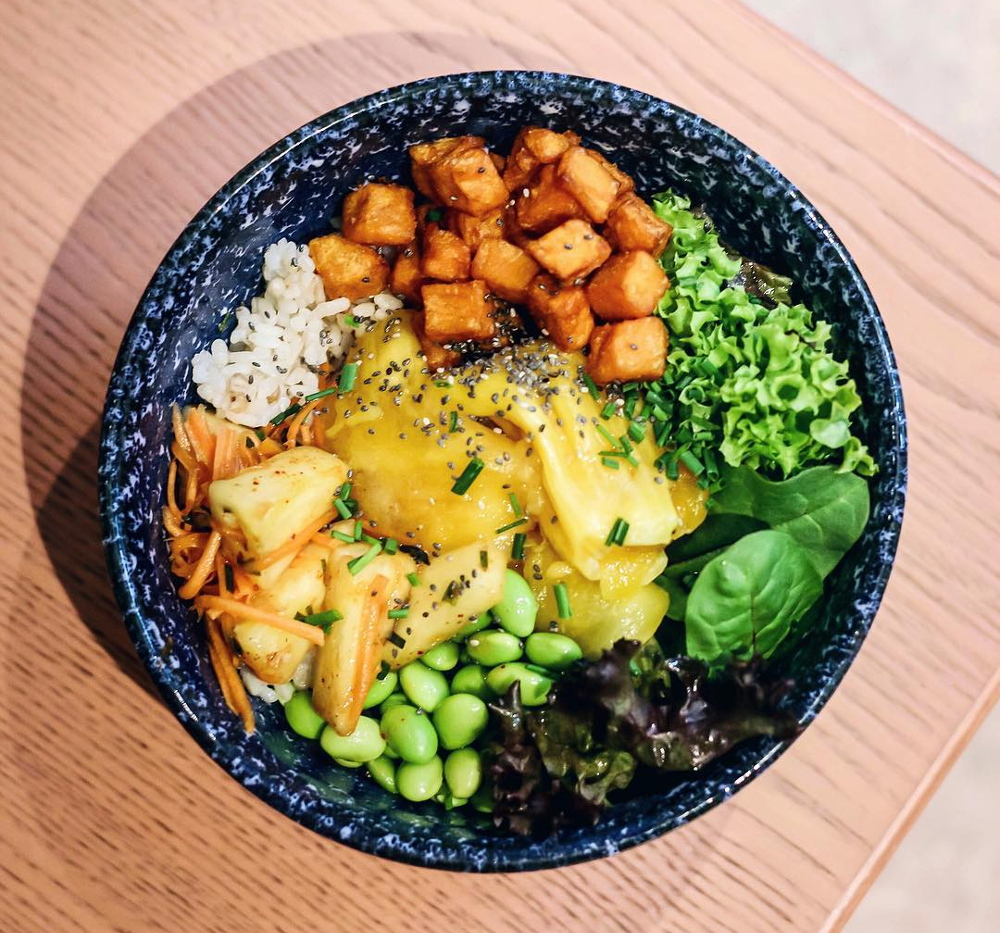 Forget trends – this latest, poke-centric addition to Duc Nguyen’s family restaurant empire (see also Qua Phe, Royals & Rice, Maison Han) was supposedly inspired by a trip that the founders took to Hawaii a couple years ago. Sure, and “Ice, Ice, Baby” was the result of Vanilla Ice just noodling around on a bass. Located in the over-designed “innovative experience” that is the Bikini Berlin mall’s new food court, Mana offers bowls that stray far from the Hawaiian template. With tuna conspicuously off the menu due to overfishing concerns, salmon is the protein of choice in bowls such as Truffel-Lachs (€9.50), which pairs seared fish with tomato salsa, cashew nuts and shoestring fries dressed in parmesan and truffle oil. It’s an umami-packed combination that we would have full-heartedly endorsed were it not for the stale fries, which added an unwelcome, leftover McDonald’s note. Lesson learnt: go early. The crunchy, cornflake-coated tempura shrimp in the Mana Bowl (€9), with salmon, edamame “guacamole”, cucumber slices and masago, fared better. Don’t go out of your way to try it, but it’s a fine lunch spot for Breitscheidplatz visitors looking for a pick-me-up. Especially if you take your bowl out onto Bikini’s terrace and eat it while monkey-watching. –JS Sons of Mana, Budapester Straße 38-50, Charlottenburg, Mon-Sat 10-20 FOR SCHLESI DRUNKS: DRAGON BOWL 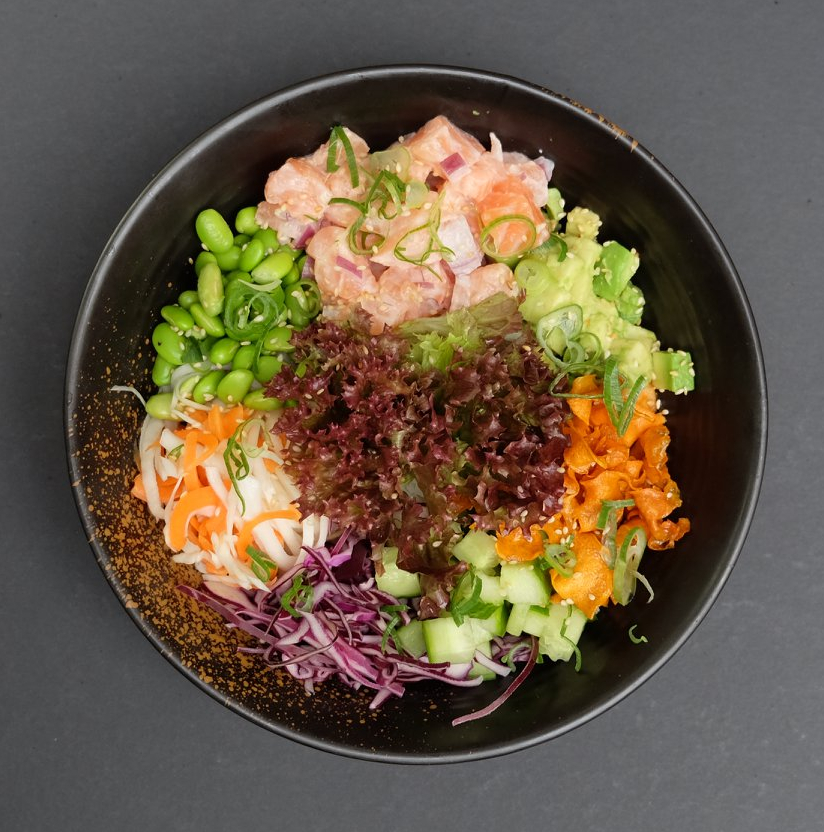 Weirdly, this is the only poke restaurant in the entire Kreuzberg-Friedrichshain-Neukölln area. It should be holding court over Berlin’s hipster kingdom, but instead it’s pretty forgettable, with gloopy sauces and an unbalanced rice-to-toppings ratio (order a large for €2 extra and you won’t want to look at a rice grain for a week). Of the fish options, you’re best off with the Ceviche Barbey (€8.50), in which a citrus marinade helps pep up salmon that’s clearly spent some time in the freezer. But actually, we most liked the vegan Mr. Seitan (€4), which came with crisped-up, homemade wheat gluten, mango and avocado in a not-too-obtrusive five-spice sauce. It’s both flavourful and colourful, and we hope they’ll keep it on the menu when the poke trend blows over and Dragon Bowl turns into the fast-casual Vietnamese joint that it’s very obviously destined to become. –JS Dragon Bowl, Skalitzer Straße 75, Kreuzberg, Mo-Fri 12-22, Sat 14-22 FOR MITTE PROFESSIONALS AND BRAND-HUNGRY TOURISTS: LA POKE The latest poke pushers opened in May on an over-gentrified patch of Alte-Schönhauser-Straße, where exorbitant leases have forced out every decent indie boutique to make way for faceless multinational fashion brands. The most notable example of this was the closure two years ago of Berlin institution, Pony Bar, and its ghost lingered on until the space was bought by former Emirates Airlines marketing pro Laura Eckrodt, who moved here from Dubai with her husband last year. Sensing a lucrative food trend, they set up LA Poke. In the So-Cal-in-the-Eighties pastel interior, you’ll be confronted with an overwhelming selection of ingredients behind a glass counter, in line with the Chipotle build-your-own model. With avocado or mango costing €1.50 extra, you’re better off sticking with their signature fish bowls (small €9, large €12.50). Purists should skip the flavoured mayo dressings; the marinades they add directly to the sashimi-style raw salmon and tuna pack the right acidic punch to celebrate the whole point of poke: fish. Try the Yuzu Koshu marinade for a citrusy kick, or the Miso-Ginger soy – which pops up in the Santa Monica Tuna Bowl, one of our favourites! For the less adventurous: good ol’ non-raw chicken, for vegans: tofu or tempeh (small €8, large €11). The prices are sadly on par with nearby Mitte lunch joints but portions are generous. And despite the uncomfortable seating and blaring hip-hop, we have to admit – LA Poke serves up a mean bowl of poke. –FP LA Poke, Alte-Schönhauser-Straße 44, Mitte, Mon-Fri 12-22, Sat 12:30-22