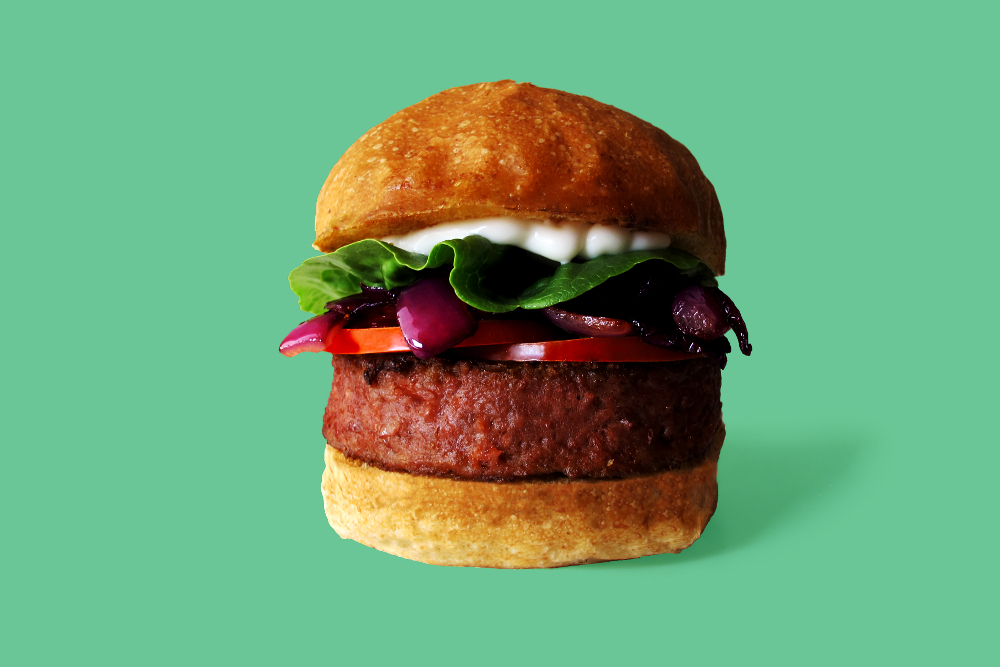 Let’s get this out of the way: contrary to the hype, the Beyond Burger doesn’t taste meaty enough to fool carnivores. But between the pea protein patty’s moist texture and beetroot-pink “bloody” interior, it’s the most convincing fake Fleisch on the market. And unlike its rival Impossible Burger, it isn’t GMO-derived, which likely eased its path from the US to Berlin restaurant supplier Metro. With the same product everywhere, the difference comes down to the perks.

Best value Remember Yoyo Foodworld? The seven-year-old Friedrichshain standby was slinging vegan fast food back when everyone else was still on the artisanal butchery train. At €7, YoYo’s Beyond Burger is the cheapest one in town, even if it’s nearly twice the price of the other seitan, lentil, and spinach burgers on the menu. It’s fried, not grilled, and unimpressively topped – but if all you’re looking for is a taste of the Beyond, it gets the job done.

Best fries Since March, expat pop-up Smokey Greens (photo) has been offering an upscale Beyond Burger at various Kreuzberg locations, most recently Big Sur in Graefekiez. The patty’s neatly plopped onto a bun from Markthalle breadmaker Sironi and optionally topped with convincingly melty vegan cheese and/or homemade “special sauce”. It’s good, but the fries – skin-on, crispy as hell, so well-seasoned you barely need ketchup – are a revelation. A combo meal costs €10-11, depending on your cheese proclivities.

Best toppings Last year, the laid-back lefties of vegan burger truck Neue Republik Reger set up permanent shop in Alt-Treptow, and their café/bar/fast-foodery became an instant Kiez fixture. You get the feeling they’d rather not serve you the Beyond Burger, but twist their arm and they’ll sub it in for their normal black bean patties for a €4 surcharge – that’s €10.50-11.80 in all, sans fries. Worth it? Well, yeah. Reger’s Beyond “BBQ Burger”, with tangy chipotle sauce, grilled onions and a handful of tortilla chips crammed in, is a hefty, sloppy, beefy hot mess in the best possible sense.