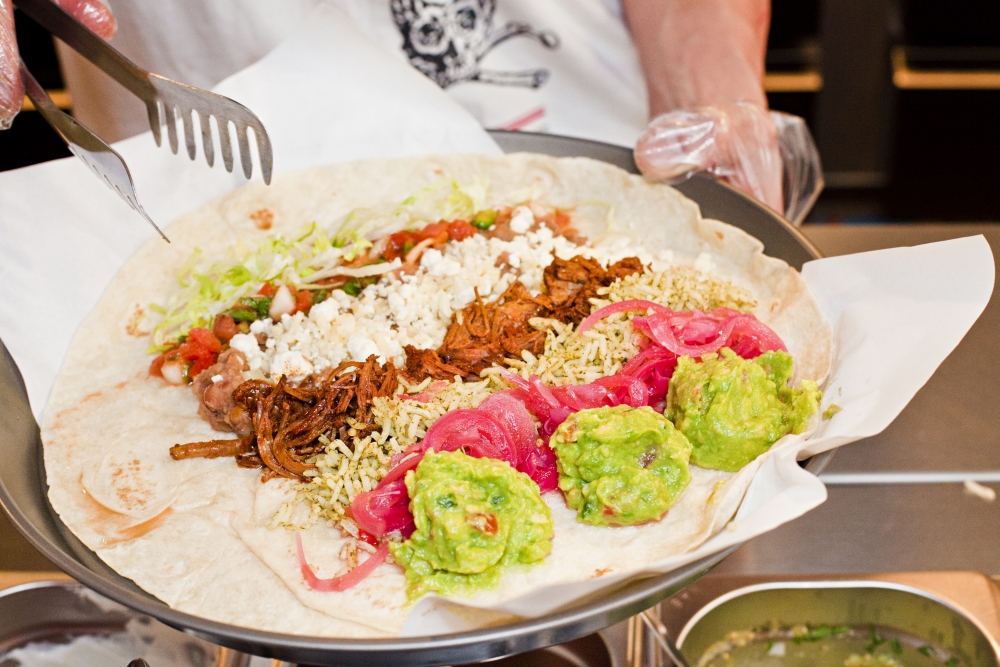 At Exberliner, Dolores is more than just another burrito bar: it’s our canteen. According to recent calculations, over the past decade we’ve spent €35,000 on lunch (having memorised the menu, we phone in huge takeaway orders every few days) at the still insanely popular Mitte location, just a few hundred metres from our office.

When the small shop opened in September 2004, Dolores was a pioneer. Inspired by their discovery of the overstuffed fresh wraps sold in San Francisco’s Mission district, Philipp Krahé and Grischa Coenen took on the daunting task of bringing the Californian burrito to Berlin, sourcing every ingredient from tortillas to molé to habaneros – a major challenge back then. The resulting Imbiss permanently raised the bar for fast food in Berlin and Germany, unleashed Berliners’ appetite for the burrito and paved the way for the Mexican new wave of the following years.

Burrito boxes and salads (both served with homemade corn chips) also make for a perfect office lunch, but stay away from the quesadillas (they get soggy on the go). Too bad that their great tacos are available only to Westerners in their store opposite KaDeWe – the Mitte kitchen is supposedly too small to accommodate them!

To celebrate their 10th anniversary, Dolores will be giving away free burritos all day on Sunday, October 12 at both its Mitte and Schöneberg locations. That’s right, free – you heard it here first. And they’re launching Dolores cerveza clara, a German-brewed Mexican style lager, in the style of Dos Equis. Get a FREE bottle by bringing the October 2014 print edition of Exberliner into either store anytime this October, and raise a glass to 10 more years of Dolores. And meet our staff – we’ll be there!