If the disastrously overcrowded “Japanese Christmas market” in December taught us anything, it’s that Berliners have a ravenous demand for anything Japanese that far, far outstrips the supply. Fortunately, more and more expats have been stepping up to the plate – but instead of the expected sushi and ramen, they’re dishing out salty, sweet, strangely addictive dishes that hit your pleasure centre dead-on.

The word okonomiyaki literally translates to “anything you want, fried”; Hanage renders it as “Japanese pancake pizza puffers.” Close enough. Since April 2014, the all-Japanese staff at Junko and Jens Korte’s tiny Prenzlauer Berg spot have been flipping three variations on the famed Osaka cabbage pancake (€5): a traditional one with mayo, bonito tuna flakes and thick, sweet Otafuku sauce; a less traditional but arguably better version topped with homemade ponzu (citrus-soy) sauce; and a spicy, kimchi-influenced version.

All are dense, studded with homemade pickled ginger and customisable with corn, cheese, bacon and scallions. (They also all contain fish broth; stringent vegetarians or vegans will go hungry here.)

One is more than enough for a meal but you’ll want to order a side or two anyway, whether rice balls coated with imported perilla-salt furikake or some tender, lightly crispy chicken karaage (Japanese-style fried chicken, €4). And if you’ve been looking for those little mochi-coated ice cream discs in Berlin, dessert (from UK company Little Moons, €2.20-2.60) will make you very happy indeed. 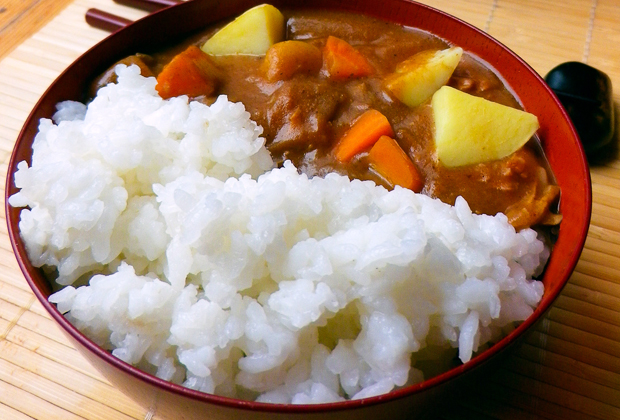 Warmly spiced but not spicy, full of meat and potatoes, thick enough to stand a spoon up in: why hasn’t Germany fallen in love with Japanese curry yet? It wasn’t until Australian designer Brooke Jury of Kaizoku Curry started slinging the dish at Das Gift pop-up dinners (in late 2013) and various street food markets (in 2014) that it began gaining traction in Berlin.

Jury makes her curry completely from scratch, caramelising onions for hours and stirring up the roux base… which actually makes it less authentic than in the motherland, where everyone uses boxed mixes.

The extra labour is appreciated in the result (€5) – made with chicken or veg-only, occasionally fortified with bourbon and served over white rice. If you’re familiar with the dish you’ll miss the usual side of pickles, which normally help cut through the richness, but it nonetheless makes for a stick-to-your-ribs satisfying street snack. 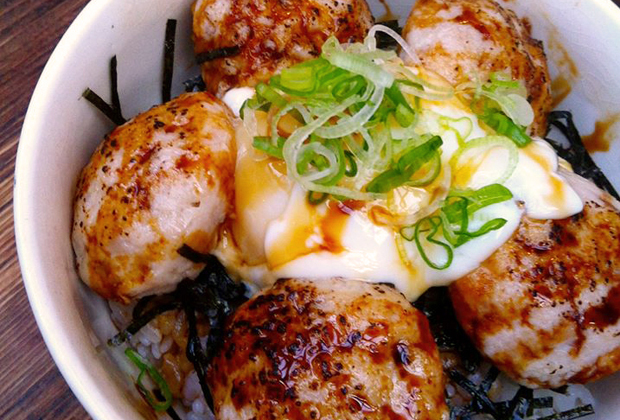 Put an egg on it

Ascend a spiral staircase in a nondescript office building behind the Friedrichstadt-Palast and find yourself transported to Williamsburg, Brooklyn, complete with spectacular indie-twee greenhouse décor, €3.40 cups of green tea and, most crucially, brunch.

Started in that hipster ground zero in 2010 by “Jewpanese” couple Shaul Margulies and Motoko Watanabe, House Of Small Wonder opened its Mitte branch late last year, serving a combination of Western favourites and unconventional Japanese ones.

Here’s your chance to try Okinawan taco rice (€10), a 1960s Japanese-Tex-Mex fusion dish that should be a mess but isn’t: rice topped with beautifully seasoned ground pork, cheese, lettuce, tomato, avocado and an egg for good measure. Also worth eating is the tsukune-don (€10), tender chicken meatballs in congress around a quiveringly soft poached egg on a bed of rice mixed with nori and scallions.

On the Western side of things, the homemade croissants (€1.40) are skippable, although the French toast version (complete with fruit salad, maple syrup and whipped cream) will appeal to sweet-toothed Berliners. We’ll come back for a delicate mini-sandwich with Japanese-style corn soup (€8-10) and a slice of flavourful matcha pound cake with whipped cream – or we’ll try their new, fancier izakaya Zenkichi, freshly opened downstairs.