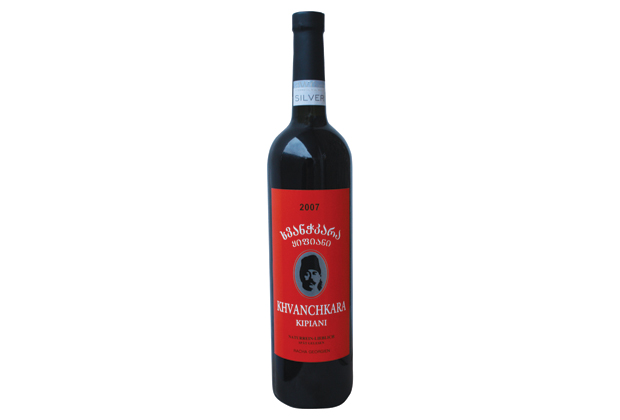 Joseph Stalin was Georgian, and so was his favourite wine, the semi-sweet Khvanchkara from the Racha region, where the ruby-red wine is fermented in traditional open oak vats with wild yeast.

This wine used to be called Kipiani after the 19th-Century Georgian prince who invented it, but was renamed Khvanchkara by the Soviet censor. Today the prince’s proud face once again adorns the red label and his name has been reinstated on the bottle.

The first wines in the world were made in Georgia 7,000 years ago and their reputation is on a par with the French and Italian among connoisseurs. Yet Georgian wine is virtually unknown outside the former Soviet Bloc. Thanks to the efforts of Berlin wine merchant Alexej Schreiner, that’s changing.

From his shop, the friendly oenophile sells an amazing range of directly imported reds and whites, many of them medalled at international wine fairs, and the Preis-Leistung of which leaves the Berlin competition in the dust (the Khvanchkara is €15).

His best bottle: a dry red Kindzmarauli called Kvareli (€35.30), a “mammoth of a wine” which came first at the Berlin wine Trophy! Add to that a proud collection of the small country’s world famous cognacs and Georgia’s star grappa – the one and only Chacha. Grusignac is a prince among wine shops and a real discovery!