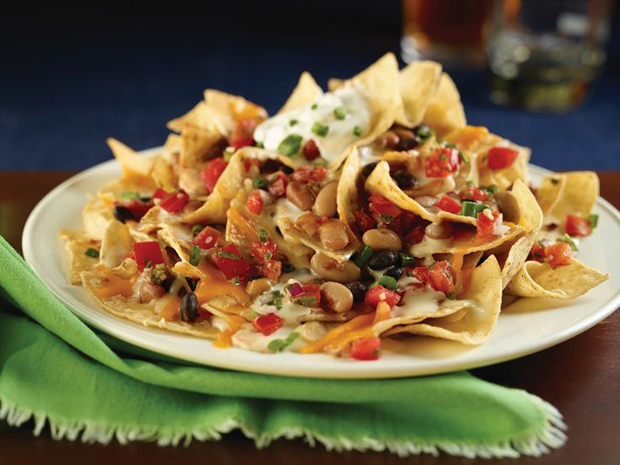 All right, the first Hard Rock Café was actually opened in London in 1971 – but it was founded by Americans flogging a stateside rock n roll lifestyle to Swinging London as an answer to the British invasion of US shores in the previous decade. Hard Rock, with its memorabilia-laden franchises, spread around the world. The new post-Wall Berlin was no exception – with a first branch opening in Meinickestraße in C’Burg in 1992. An upgraded, updated version launched round the corner on Ku’damm in 2010, and whereas busty Hooters pathetically failed in Berlin, Hard Rock, judging by the crowds it attracts, is going as strong as ever.

With July 4 looming – we decided to give this too often dismissed outpost of US culture another chance. After all, the new White Trash – Hard Rock’s local nasty twin – is now just lame – and their burgers aren’t what they used to be. And with “gourmet” burgers now ubiquitous in Berlin, it was time to revisit one of the pioneers of American eats in Berlin. Light years away from all the Neukölln supper clubs and Kreuzberg street food markets, we headed to Ku’damm on a Monday night.

After the never-ending openings of trendy foodie places with artfully dishevelled interiors, the atmosphere of Hard Rock is almost reassuringly corporate: lots of screens showing old music videos, smiling staff, comfortable seating, and a local touristy touch: an old Trabi sticking out from under the staircase.

We began with the most extreme-sounding starter: the Nachopalooza (€10.95) – optionally topped with Sloppy Joe (€5 extra). When this gigantic edible fiesta arrived we were grateful for the complimentary wet wipes: before us lay a party-platter of corn chips splattered with melted cheese, beans, jalapenos, sour cream – and generous dollops of delicious meaty, tangy Sloppy Joe on top. Tears for Fears screamed “Shout, shout, let it all out!” from the video monitor behind the bar as we gleefully devoured this mountain – truly Berlin’s most specatacular nachos.

Size isn’t everything, but it counts for a lot at Hard Rock. The portions are extraordinary, even by German standards. After the gut-bushing nacho-fest, we somehow managed a Smoked Beef Brisket Sandwich (€13.95) – a slow-cooked slab of beef slathered in a excellent hickory BBQ sauce. The meat came between thick slices of rather greasy fried sourdough bread. We also went for a Hickory Barbeque Bacon Cheeseburger (€14.75), made with juicy “USDA approved” ground beef cooked right, as well drenched in the same hickory sauce, topped with caramelized onions, melted cheese and bacon. Only thanks to the infectious energy of the early B52s video “Rock Lobster” playing on all screens, were we somehow able to wrestle this beast.

We went for the most all-American of desserts: Oreo cheesecake (€7.95). Unsurprisingly, it came in a huge portion. This is definitely recommended for lovers of Oreo cookies – a bit of an acquired taste for those whose childhoods didn’t feature the sugary black-and-white discs. By that point, Megadeath was on the monitor – not the more appetising of soundtracks when you’re trying to digest – REM followed shortly thereafter, thankfully.

Despite having to work to a constant background blare of high-volume music videos, the multinational waiters and waitresses were all paragons of calm. All-in-all, a bit like a comforting cocoon of Americana in a sometimes harsh Berlin…Just go with an empty stomach!