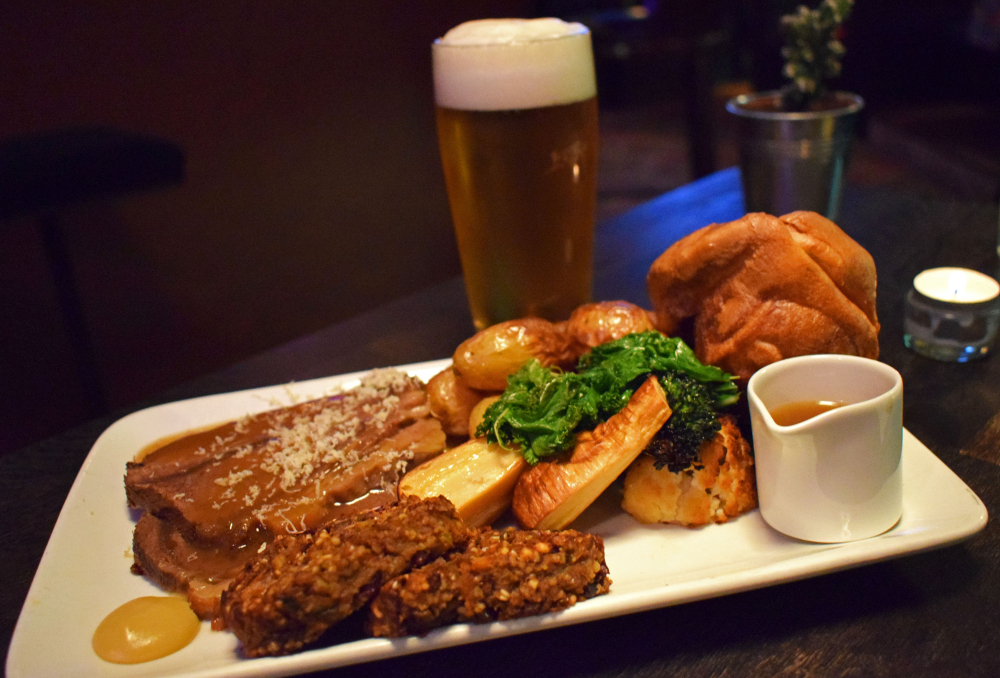 We never would’ve predicted that a fried ball of vegetarian haggis would be one of our favourite single bites this year. But here we are, still thinking about that crispy breaded crust giving way to a creamy, peppery lentil filling. Comforting yet refined, Berlin-friendly yet unapologetically Scottish, it’s a good synecdoche for Hirsch & Hase in general.

Haggis, both the veggie version and its better-known sheep-organ cousin, is at the heart of the Wedding gastropub’s origin story. It wasn’t that long ago that fun-loving Scottish couple Emma Dutton and Fraser McCabe were donning full Braveheart kit and slinging their country’s national dish at pop-ups and street food markets. But McCabe, who’s worked at Edinburgh’s Michelin-starred The Kitchin as well as Berlin’s own Vau and Pauly Saal, always had more serious aspirations. In August he and Dutton took over the glass-walled corner space vacated by fusion burger joint Volta, changed its clubby blacks and neons to cosy browns and tartans, and installed themselves behind the stove and bar, respectively.

The menu’s mostly given over to small plates (€3-7) such as the aforementioned haggis, served as “bon bons” with turnip puree and waffle-fried potatoes. The full-sized version is still available on special request, but the app treatment’s the right call for a dish this rich. It gives your stomach and wallet room to try other Scottish specialities, like sheep’s head soup (a velvety broth made from, yes, a boiled sheep’s head, courtesy of the Turkish butcher next door) or cured salmon, made boozy and smoky by a Laphroaig whisky marinade. There are also more common gastropub staples like roasted Brussels sprouts; Hirsch & Hase’s are fortified with chorizo and whisky butter and taste as decadent as bar sprouts ought to.

It’s all hearty, satisfying stuff, even if you forego the meat – indeed, this is one of those rare Berlin restaurants where plant-eaters and nose-to-tail carnivores will leave equally happy. We went for the weekly Sunday roast and honestly couldn’t tell which we liked better: the tender, horseradish-sprinkled beef shoulder or its crisp-edged bean and lentil analogue. Both come with perfectly roasted vegetables and fluffy Yorkshire puddings and are a steal at €16.

If anyone misses out, it’ll be teetotalers – it’s a pub, after all, and this food is begging to be washed down with a “Crap Beer” (actually a decent house pilsner, €2.90/0.4L) or a hoppy Panke Gold from nearby Eschenbräu (€2.70/0.3L). The Scotch list is as prodigious as you’d expect, with single malts starting at €6 for 4cl; cocktail highlights include a take on an Old Fashioned with Laphroaig and black tea (€8.50) or a Bloody Mary with Crazy Bastard hot sauce (€6.50). After that, you can pretty much just roll yourself onto the nearby U8, whistling “Loch Lomond” all the way home.