Achhh, the unmistakable, sweet smell of hot baguette. Enter the bakery on Fuldastraße, and inhale: finally, real French bread in Berlin! While we’d stopped counting cute cafés serving macarons, canelés, madeleines, quiche and other handmade patisserie du jour, till last December, French expats’ creativity had rarely extended to the craft of bread and croissant-making. One obvious reason is that whereas any industrious wannabe can bake a decent cake, boulangerie is a totally different affair that requires adequate equipment, years of practice and serious know-how. Meanwhile, one had to make do with German baguettes that had little in common with the real thing besides the name and shape. Or take a round trip to the temple of all things French, Galeries Lafayette, but let’s face it: their bread isn’t quite artisanal. In short, if you ever craved the delicious French stick, your best bet was to get yourself on a return flight to France! That was before Le Brot. 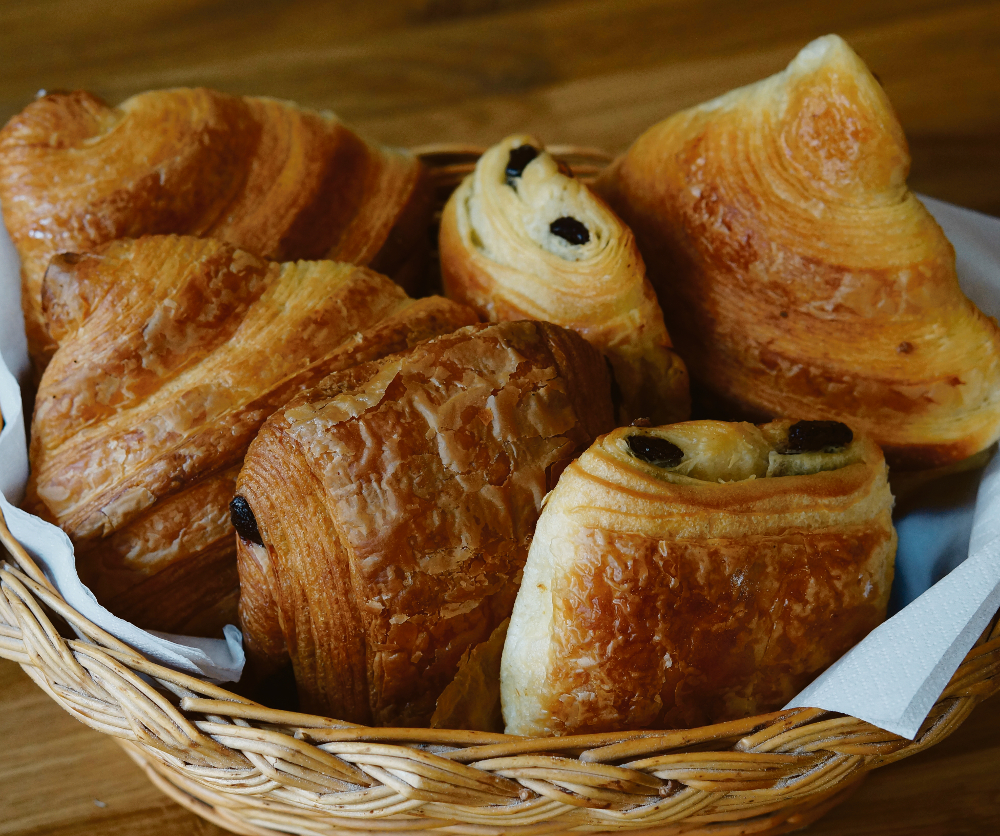 With a certified French baker at the oven (imported all the way from Rouen, Normandy) and a shrewd German entrepreneur at the helm, Le Brot has all the assets to succeed. The place is the brainchild of Jan Schmieder-Balladur, a German family man whose Francophilia doesn’t stop at women (he married a French gal). Seeing a lucrative niche in the Berlin market, he transformed the former Späti on his street into a fully fledged open bakery with a pretty café space in the back. The result is convincing: each day bakers churn out hundreds of loaves, pain au chocolat and croissants to loyal customers, mostly locals but also bread lovers who come from across town for a piece of the bounty. The bread is worth the trip: the incomparable springy-chewy texture, the crisp crust, the slight sweet tinge, it’s all there – and it’s only flour, water and the right mix of yeast and sourdough. How can it be so difficult? Expert kneading and longer rising time? According to baker Remy Guilbeau, the secret to baguette making is in the flour: it’s got to be 100 percent wheat – no additives like extra gluten as often found in bread nowadays, especially in Germany. Le Brot import theirs from Moulin des Trois Rivières, a small artisanal mill in western France that bags a pure uncut white ‘powder’ that’s certified organic. The result is addictive and comes in three versions – “Tradition” (€1.90), “Campagne” (with 10 percent rye, €2) and “Céréales” (mixed grain, €2.30), each also available as individual Brötchen (€0.80-95). You can enjoy them plain (with butter) or filled with first class cooked ham and/or roasted veggies (€4-5.50), sandwich or tartine style. If you like it sweet, don’t miss out on the pain au chocolat – a delicious crusty golden-brown shell filled with the right amount of melt-in-the-mouth dark chocolate, perfectly flaky, not oversweet, not greasy. And if you’re not a morning person, come back at night for a quiche or cheese plate over a glass of wine… There are so many ways to enjoy a French lifestyle off of Sonnenallee.