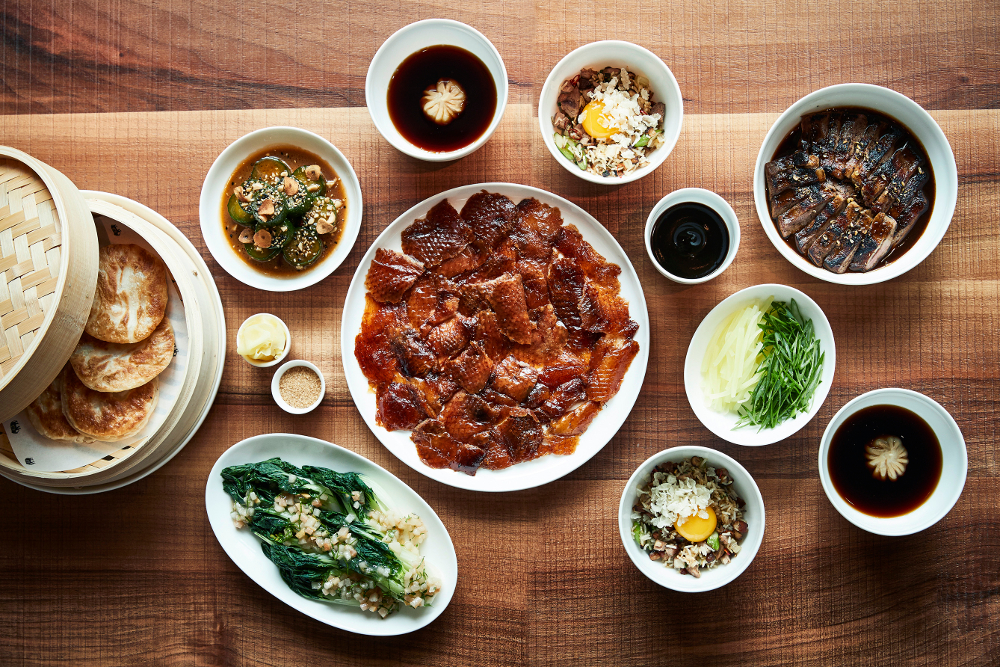 The spiderweb of cracked glass near the entrance might suggest otherwise, but the lefty furor over Orania has mostly died down by now. It’s been a year since the owner of Bavarian luxury resort Schloss Elmau dared open an upscale hotel and restaurant in the heart of Kreuzberg 36. And despite protesters’ initial angst, it’s barely made an impact on the neighborhood. The stream of headscarf-clad mums, grizzled punks and itinerant teens crisscrossing Oranienplatz has been joined by a few fancy-looking Germans and casual business types – that’s about it. Orania’s non-engagement with the Kiez is probably its saving grace. There’s no forced “Kreuzberg cool” here; instead, the perfectly conditioned air, Steinway grand piano and sumptuous deep-red furnishings adorned with Elmau’s signature elephant print announce the presence of something alien enough not to be bothered with. Same with the restaurant menu, a high-end mishmash of German, Italian and Asian influences that bows neither to Berliner nor Turkish cuisine as you might expect. What finally drew us there was a new offering called “XBerg Duck” – though this, too, has nothing to do with Kreuzberg. Instead, chef and co-owner Philipp Vögel has repurposed Orania’s Christmas goose roaster to prepare Peking-style duck à la minute, a real rarity in Berlin. Available for two or more diners, it’s a four-course deconstruction of one of Europe’s finest waterfowl – from Ireland’s famed Silver Hill Farms, not the Landwehrkanal. After a quick starter – a simple duck-meat dumpling in broth – your personal duck is brought out and carved tableside. Its glistening skin is ceremoniously laid out on a platter, to be consumed with scallions, pickled onions, ginger, garlicky cucumbers and hoisin sauce atop mini pancakes, which more resemble French crepes than their paper-thin Chinese counterparts. But it’s not until you taste the sliced breast, pink and plump, served next in a peppery sauce alongside pickled bok choy, that you realise you’re dealing with a seriously high-quality bird, miles more flavourful than your standard Asia-Box variety and presumably the reason you’re paying €52 per person for the pleasure of eating it. That flavour still shines through in the final course, wherein the duck leg meat is combined with Chinese sausage, and egg yolk and veggies in a surprisingly delicate fried rice dish. Match it with a Gewürztraminer for the sweet aromatic Alsatian touch, or the house’s Soula Blanc, a trendy biodynamic Frenchie from Roussillon reminiscent of California’s good Chardonnays. You can play it safe with a dessert, but we’d rather steer you towards the innovative bar menu – the “Silver Lining” cocktail, with tequila, lemon curd and a spritz of absinthe (€12), is basically a lemon tart in a glass. After that, you’ve got two options: waddle back to Kotti through the tourist hell that is Oranienstraße at night, or stay in Orania’s comforting cocoon, where €200 will get you a room with a king-sized bed boasting heavenly mattresses and windows overlooking O-Platz. We won’t throw rocks at you if you choose the latter.