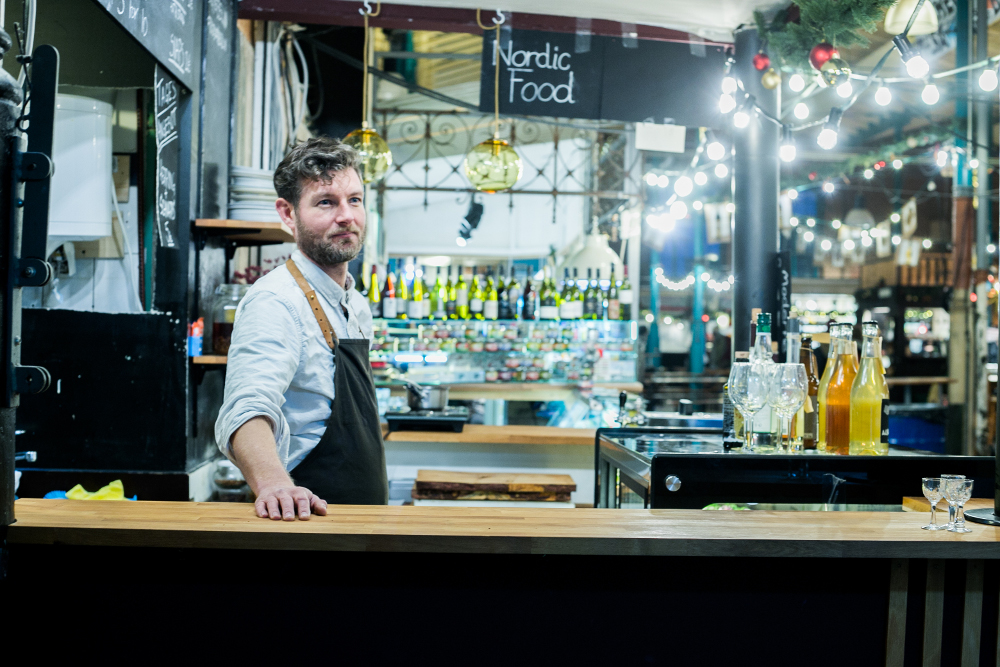 From hygge to Noma, Denmark has been having a hot moment for quite some time, so it’s no surprise that there’s now a smørrebrød stand in Berlin.

Since November, Esben Grundtvig of Copenhagen pop-up restaurant Rødder has been slinging the traditional open-faced sandwiches from a stand in Markthalle IX, alongside other Danish products like cider, juice and homemade akvavit (dill schnapps). The menu normally has eight options that change according to seasonal availability; all the sandwiches are made with free-range or organic meat and local vegetables, mostly from fellow Markthalle stands, presented on dark rye with a thin spread of butter.

We tried three: one with braised Havelland beef neck, one with fried herring from nearby Dutch fishmongers Küstlichkeiten, one with an apple-celery-chicken salad. The verdict, delivered by five Danish diners? Pretty darn authentic. As true smørrebrød connoisseurs know, these sandwiches live or die by their garnishes, and Grundtwig doesn’t disappoint on that front. We especially enjoyed the crispy fried onions and apple chutney on the beef neck, as well as the chives, cress and bacon topping the chicken salad. Only the tarragon mayonnaise on the fried herring was a bit too sweet. We’ll come back for the pickled version with beetroot.

Served on antique porcelain, these sandwiches are a delight to the eye. Priced at €4 (€5 including a cleansing shot of akvavit or fruit liquor), it might not seem especially cheap for Berlin considering you might need two for a full lunch. But for Scandis used to paying €7 and up for their smørrebrød back home, Rødder is the bargain of the century.