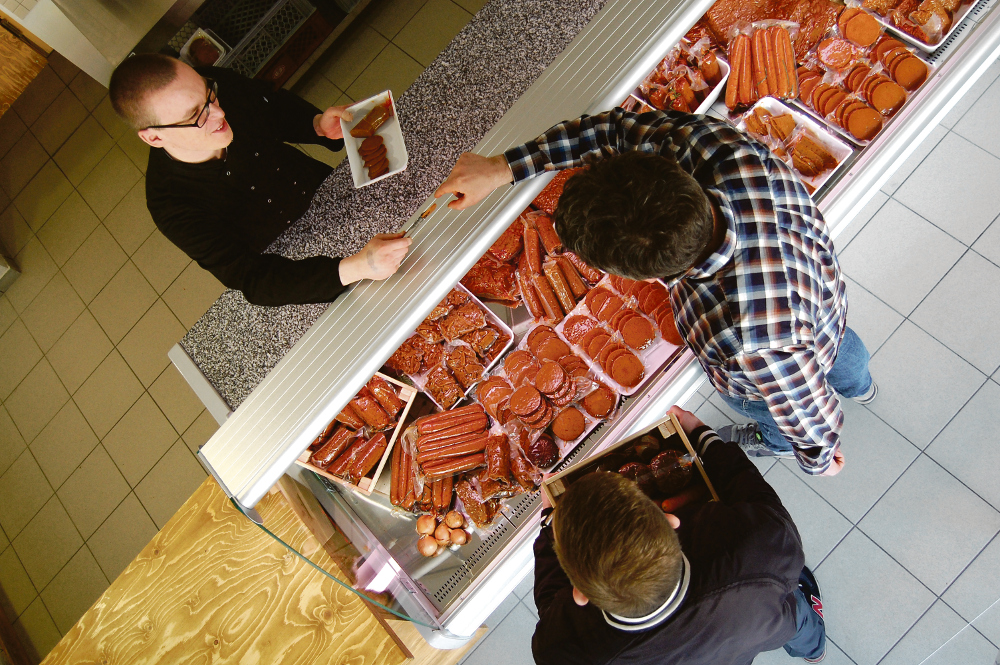 Vegan and vegetarian “butcher” shops are all the rage in Berlin, but whose fake meat reigns supreme? We checked out three. Here: Friedrichshain’s L’Herbivore.

Opened in Friedrichshain two years ago by locals Johnny Theuerl and Eric Koschitza, L’Herbivore resembles a butcher’s counter plopped into the middle of a Friedrichshain hipster cafe. Your first thought is to perch yourself at the tall wooden tables near the window and people watch with a hot cup of joe – and indeed, on the low-key, uncrowded weekdays, it’s a great place to do that, but substitute the coffee for a burger. This was Berlin’s first shop to hit upon the idea of displaying plant-based “meat” like its real-life counterpart, and the look is quite convincing: only when you get close to the glass vitrine do you realise the sausages, burger patties and roasts on offer are vacuum-sealed substitutes made from a wheat gluten/lupine mixture. Produced in-house, the vegan, organic goodies are available to take away or eat on the spot in burger or sandwich form (€4-6). You can also find them at bio markets if you don’t want to make the trek to Petersburger Straße. Despite the familiar shapes, Theuerl is adamant that “we’re not trying to be like meat” – thus inventive add-ins like pumpkin, dried fruit and kidney beans. Though the taste isn’t bad (the chilli-malt burger and smoky, boil-in-the-bag Frankfurter were our favourites), the rubbery texture of the seitan leaves something to be desired (amplified in the veggie-stuffed “Christmas roast”, €25). You’ll definitely want to crisp up the burger patties (€3-3.50/2) in some oil, and add sauces for lubrication.