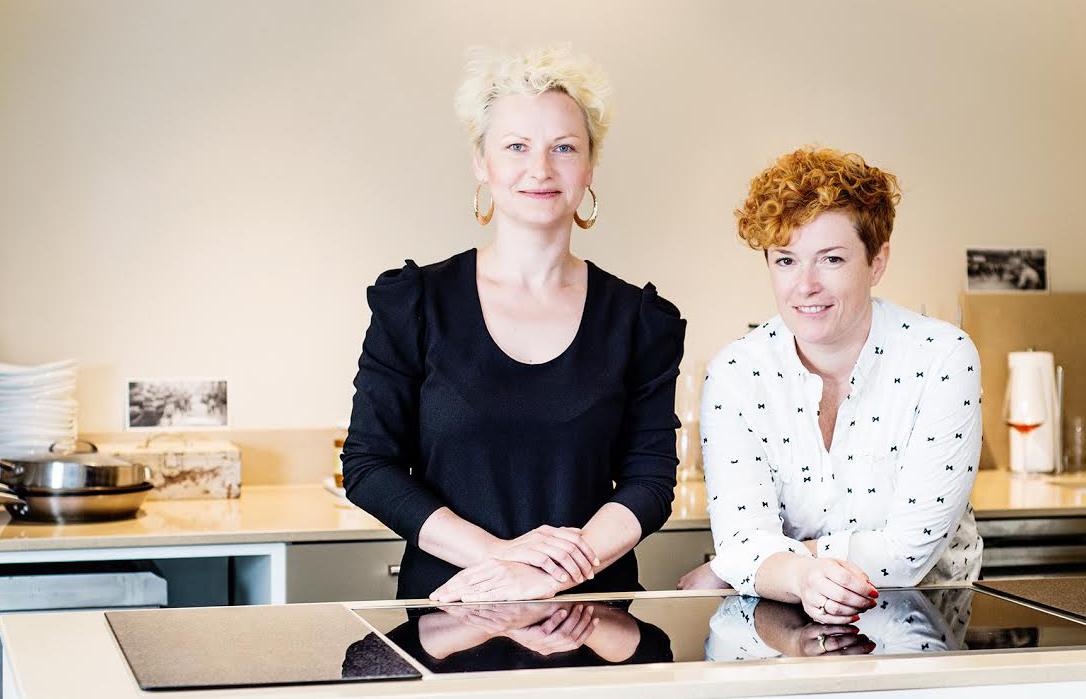 Longtime friends from Bratislava, Slovakia, Silvia Pintérová and Vanda Molnár reconnected in Berlin and teamed up in 2014 to open a restaurant serving homey food and natural wine from their native land and beyond. Their chic, cosy Manteuffelstraße cellar feels like a supper club, with most of the seating around one long table and just one three-course menu (about €29, always with a vegetarian option) per week. The duo’s hearty dishes incorporate local meat and produce and are accompanied by impeccably sourced natural wines.

What kind of food do you cook?

We do traditional family recipes from central and eastern Europe. Because for us the food from that area is very mixed and very connected. It’s not divided like so-called Western European cuisine – Spanish, Italian, French whatever. You can find goulash, for example, in the Czech Republic, Austria, Slovakia or Hungary with few differences. We’ll have that, or chicken paprikash, or cholent, a Jewish stew with beans… the other month we had tarator, a Bulgarian cucumber-yoghurt soup… We also have natural wines from this region. We don’t work with wine distributors; we travel around and find our wine producers ourselves. We always ask the families about their favourite family recipes!

The thing is, we don’t have a fixed menu so it’s hard to say. But people react very well to our “slow food” products from small producers in the central and eastern European region. We’ll do a starter plate with sausage, pate and tomato-basil jam and paprika spread, for example, and people love it.

What food trend do you hate the most?

A dining tip (other than your own restaurant)?

We have a strong relationship to restaurants which are authentic and basically hearty. We like to go to Thalassa on Gneisenaustraße because it’s very authentic Greek food. Or when we would like to treat ourselves with some more exotic food, we go to Cevicheria in Kreuzberg on Dresdener Straße.

What’s the best thing about owning a restaurant in Berlin?

People in Berlin are very open and very curious to experience new tastes, new flavours, so basically we are getting feedback from people all over the world.

It’s unfortunate that generally, people here in Berlin do not really know so much about eastern European cuisine. Maybe they know about goulash or something, but there are of course many other dishes they don’t know.