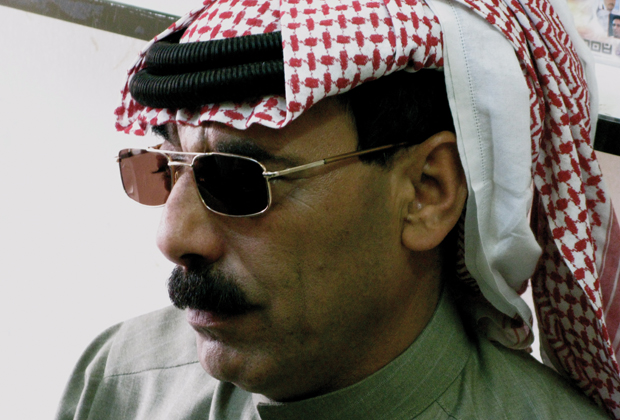 Born out of Syria’s cassette culture, Omar Souleyman has become a national superstar who is not afraid to mix poetry and modern methods: much of his music sounds like rai crashing into electro and the occasional car alarm.

Describe your music for those who have not heard it.

It is what is called Dabke Party Music. It’s from an old tradition with many historical influences. It has its roots in the traditional language and poetry of the northeastern Syrian region we live in – the Jazeera. We’ve adapted it over the years with modern instruments that suit the times and our economic situation.

As time has progressed, we’ve integrated technology to enhance the music. It’s now more electronic as a result, but we retain acoustic instruments because there is nothing like the sound of the ney or the saz.

Your band’s music is a mixture not just of cultural traditions, but of musical traditions too. Do you feel you’ve developed your sound, or are you continually adapting to musical trends?

The poetry is the foundation of the music. That’s where it starts. It’s a mixture of Kurdish, Assyrian-Iraqi and Syrian music. It’s a local brand of music and we don’t really draw on western influences aside from the electronic technology we have at our disposal.

Do tell us about your band and collaborators.

Zuhir Maksi is one of my original collaborators. He has been a poet, a producer and collaborator in many forms. We have worked together since the early 1990s. Mahmoud Harbi came along around 2000 and wrote much of the poetry for years. Rizan Sa’id produces, composes and engineers the music and Ali Shaker is our saz and bozouk [stringed instruments] player.

Are you afraid you will be viewed as a curiosity in the west?

When a musician is confident, it’s guaranteed that people will find something in the music. The lyrics are usually love stories: songs about longing for love or losing it. Some are emotional and very tragic. Ultimately, I know that they won’t have the context or understanding, but the music should be able to transcend all of that and it should speak universally to everyone on some level. The music itself should render the notion of being a curiosity a moot point. After all, the curiosity factor will be mutual between us and the audience.