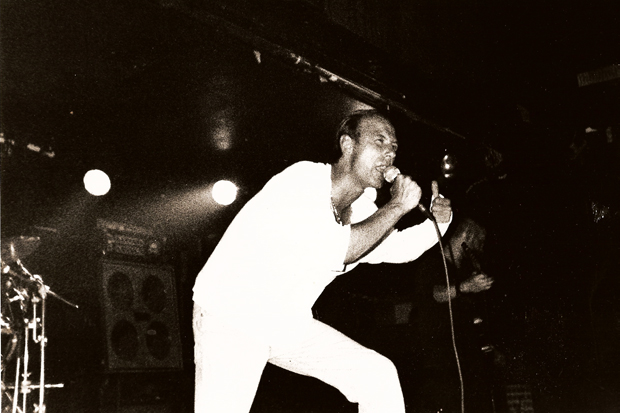 While the Sex Pistols inserted the word “anarchy” into the punk vernacular, Crass was the punk band that lived it. Fiercely critical of both the “system” and of other punk bands, Crass self-released their own records and helped give birth to the anarcho-punk movement, making DIY the eternal punk ethos. Over 25 years after the band broke up in the Orwellian year of 1984, lead singer Steve Ignorant is taking the songs on the road again one last time. He’ll be at Festsaal Kreuzberg on October 20.

Did Crass miss the mark on anything?

Well, apart from certain records I wouldn’t have released? No, I think we covered all the areas that we had to cover. It’s funny, because in going through all the Crass songs and choosing which ones we should perform, I found out there are actually quite a few Crass songs that say the same thing. And some say it quicker than others. So we’ve tended to go for the faster ones to give people a good time.

Are the other members of Crass concerned about what this tour and Crass reissues might be doing to their reputation?

Well, some of the members are. There are three members who are totally against these re-releases, and I don’t think they’ve got any idea whatsoever about how important those records are to people. I just don’t understand how they can sit there and say, “No, there shouldn’t be these releases. The only releases that should be allowed are the original vinyl.” Well, a lot of people don’t have record players anymore. Or they can download off the computer – well, not everybody’s got a computer. I just think… I mean, why shouldn’t they be available to people?

They don’t want their memories disturbed.

I don’t think those three ex-members of Crass go to gigs, but I go to gigs, and I don’t think those members have any inkling of how horrible or stupid it’s making Crass look or making themselves look. Okay, if you don’t like the cover – there’s a bit on the cover that I don’t particularly like, but I’ll let it go. There are some of the vocals, my original vocals on “Feeding” which I wish, oh, I wish I’d done different. But you can’t change it. You have to live with it.

Lawsuits have been threatened.

And then they threaten us, saying, “If you do release it, I’m going to take you to court.” Well, how ridiculous is that? Big, bad anarchists Crass can’t sort a problem out without running to court, or the system that they were fighting against. How weird is that?

Anarchists using the law to fall into anarchy.

They’re fighting pretty hard. It’s gone quiet at the moment, but we call it the “lull before the storm”. Something is going to happen. We don’t know what, but while we’ve got the chance, we’re selling the things as fast as possible. Maybe I’ll see you in prison.