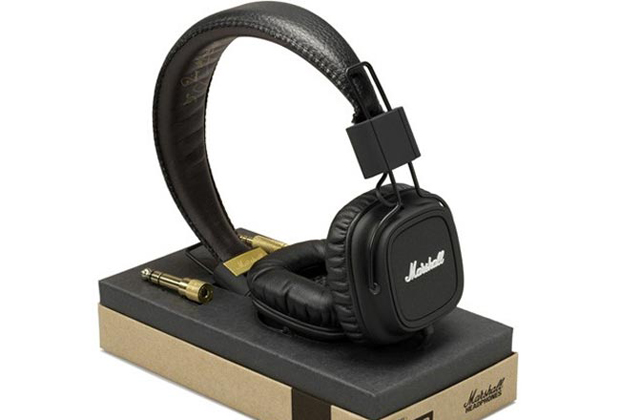 A couple of recent, highly touted headphones to replace your Berghain-scented ones: the Marshall Major and Aiaiai’s TMA-1. Both share similar specs: 20 ~ 20kHz frequency response and 32 ohm impedance, with the smaller Marshalls slightly more sensitive, making them better for iPod use.

Despite the appealing punchiness of the Marshalls’ attack and their likeably kitschy design (the cans resemble Marshall stacks), the metal bars holding the earpieces to the headset risk bending into rabbit ears under normal DJing conditions. However, for home or portable use, they sound ace, and more immediate than the TMA-1s.

Constructed after much DJ input, with their slick, minimalist look and removable cord and ear pads, the TMA-1s were designed with the pro in mind (around €200 Euro, they’re twice the cost of the Marshalls). First impression, though, suggests their lightness and flexibility might equal crushability under heavy-use conditions. Marshall immediacy or Aiaiai spatiality? The DJ Rorshach test.