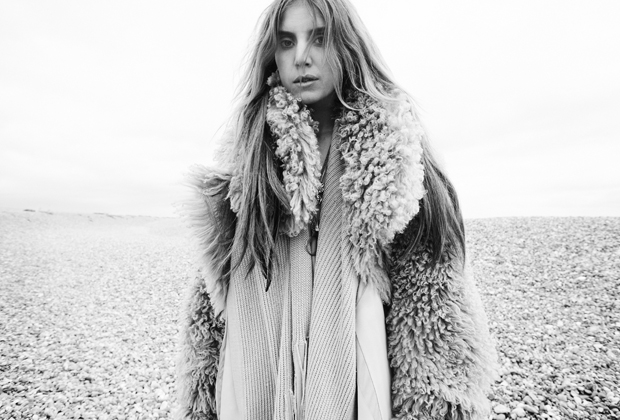 Well-traveled Swede Lykke Li could have continued along the indie rock cutie pie pathway paved with good intentions but has instead taken a turn into the Hellfire of Wounded Rhymes (Warner Music), her new, tribal art-rock album that draws from a dark and adventurous tradition stretching from Liars, Kate Bush and the beyond. All those drums rendered her pretty beat when she spoke with us. She should be more animated during her gig at Astra on Tuesday, April 5.

So… the new album?

There are a lot of drums and organs… we can talk about something else; we don’t have to talk about the record. It’s about love, sex, death, drugs, rock’n’roll – just life. I’ve been through a lot these last years. I’ve been touring like a maniac, so my life has been nothing but feeling lonely in hotel rooms and getting into crazy trouble. Like things you do when you’re young, you know? Like love triangles, drama, obsessions, drunken circumstances, late nights, early mornings, missed flights, self-destructive behavior…

How did you make the time to record anything?

You don’t. You go to Hell… I would rather just be in my own bubble and make films and music, not have to wake up in the morning. So I try to not drink too much wine, try to eat breakfast and try to not give away too much of my privacy. Other than when I’m doing music, I try to talk to people that inspire me, read books, watch movies. Just always fill my brain. But when you record, that’s the most magical life you can have. You go to the studio, you get to sleep in the same bed, you can still meet your friends and have a life. I’m so bummed that I have to give that up now…

Los Angeles has become quite special to you.

I managed to get myself into a love triangle, but it inspired me to do the album. LA’s so mysterious: it’s something about the light. It healed me. I was so exhausted, and it really built me up. I was having time off for the first time in years. I was able to sleep and eat organic vegetables, bike around and watch other people and be a part of something, an observer.

All that normalcy sounds exhausting.

I was sick a lot of the time. I got so sick on tour all of the time: I seriously had no energy. I couldn’t do anything. I went to this crazy Scientology chiropractor twice a week and went on this all-lemonade poison, this crazy diet. I was hiking, eating sheep’s yogurt with my vegetables, not drinking coffee at all.

I don’t know – some crazy friend told me to. It was a mistake. I got broke and not healthy. I was off alcohol, but now I started again, so all is well. I’m better now.