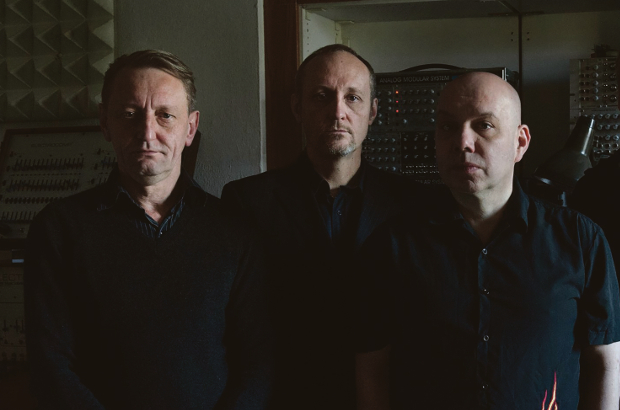 Berlin trio Automat celebrates the release of its Tempelhof trilogy’s final instalment, OstWest, with a performance at Roter Salon on November 27.

When Automat came into being in 2011, core members Jochen Arbeit, Georg Zeitblom and Achim Färber had already been part of the Berlin scene for decades (the former as part of Einstürzende Neubauten). Trying to take a vacation from business as usual, the trio set out to write one instrumental concept album a year. Their third album OstWest [Bureau B, Nov 11] marks the final instalment of a trilogy recorded at the former Tempelhof Airport, a meditation over current border mania utilising elements of jazz, dubby electronica and bits and pieces of kraut.

Jochen Arbeit: We’ve made concept albums throughout because we don’t use lyrics. We can’t communicate very much poetically. That’s why we always work with an idea we try to convey.

Did you have concerns OstWest might be too charged as an album title?

JA: I didn’t find it charged at all. I found it interesting. Why not deal with it over and over again? There’s so much material and interesting stories. Historically and now, it’s still relevant for everyone who lives here.

Georg Zeitblom: Especially because walls are being built again everywhere these days. Jochen has been here since the 1980s. He was still witness to the Berlin Wall. In the 1990s, an optimistic mood suggested that everything was possible in all kinds of directions. These days, it’s the exact opposite. With this shift to the right and all these walls that are being erected, it’s a total step back. Also, we recorded our album at Ingo Krauss’ Candy Bomber Studio, which is located inside Tempelhof. While we were working on it, the hangars were crowded with refugees.

How did that influence the music?

JA: Our mood changed. If we had lyrics, we would’ve written a song about it immediately, for sure. So, we had to find another solution to communicate this.

Do artists have an obligation to tackle such issues?

GZ: To us, it’s more of a concern to talk about it because there’s a lot of shit going down right now, more than enough. Our options for tackling these issues are limited, but our song titles are a basis for discussion.

JA: We don’t propagate it on stage, though, so mostly people don’t know about it. For us, it’s about the music. And if that works out, you can forget about the rest. We’re not a political band that parades up and down the street with a red flag.

How will you perform these songs live?

GZ: We never play a song the same way twice. We only have the basis on which we improvise. It’s too boring to play the same song over and over again. It was clear from the beginning that we’d improvise a lot. We also never rehearse, even after three months of not seeing each other. That’s what makes it exciting.

JA: There’s risk involved, and you can fail, which is important to us. Mistakes are wonderful. I have to feel free, otherwise it’s not fun for me. I don’t want to repeat myself. We have the skills, and so we do it. That’s also how we record our songs – we only improvise. I don’t have time to rehearse, I have other things to do.

Achim Färber: But no one’s afraid of failing, so I wouldn’t call it failing when something goes wrong. That’s just how it is. It’s like jazz: eternal failure.