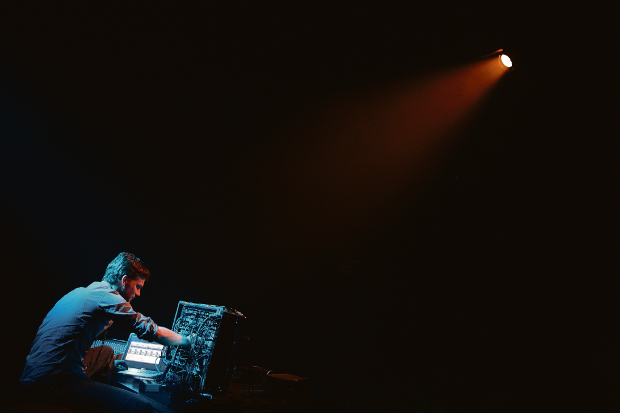 “What human beings hear is roughly between 20Hz and 20,000Hz. Above and below that, all we get is a slice of vibrational energy. A pure 18Hz sine wave may be inaudible… but not to the building. It might respond in a violent way; roar like a lion if you find the right frequencies. It’s physics, ultimately – the urban legend of the opera singer who can break a champagne glass with her voice.

As everything has a resonant frequency, anything can be made to vibrate, sing, play rhythms and break: the lighting fixture, the air-conditioning grid, doors or windows. You become acutely aware of the actual space, of your own presence, a sound landscape that doesn’t just come from the speakers. One sound can be totally absent in one place, but not at the other end of the room. The lower the frequency, the longer the wavelength – sometimes many metres long. People wander through, and afterwards they can tell each other about it. It’s like a sound sculpture, immaterial architecture. Infrasound is largely associated with the feeling of dread, impending risk.

I try not to put too much emotional information in the music, yet people respond very differently. Sometimes people are moved, irritated, scared, excited; sometimes people are bored and they leave. I did similar gigs where people in offices two floors up came running to the soundcheck in panic, saying that parts of the ceiling were coming down – just little parts!”