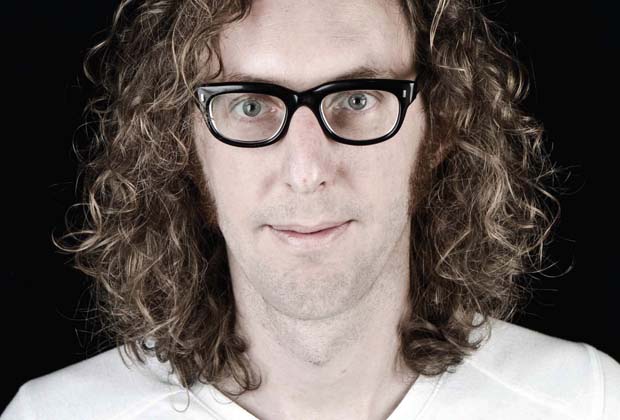 Electronics wiz for indie Bavarians The Notwist, Martin Gretschmann aka Console is just as well known for his techy alter ego as he is for his work with the Acher brothers, even scoring a deal with Matador during their post-Pavement days. His new album Herself came out on Disko B. And while illness forced The Notwist to skip out on playing 2002’s Neon Golden at City Slang’s 20th anniversary festival, they’ll be playing a makeup show on January 27 at Huxleys Neue Welt.

You’re so Bavarian-identified. Could you ever see yourself living in Berlin? [BOOM] Whoa sorry, did you hear that? I think someone just set off a firework – or a bomb – across the street. Anyway, Berlin…

Ha, I did. Um… yes. Yeah. Definitely. Berlin has always been very interesting for art and music and… everything. I’ve always said that at some point, it’s going to be not interesting anymore. But it doesn’t look like it now. There’s so much happening there – still. It doesn’t really stop, you know? [BOOM] Another firework?

But really, it’s more about the people there – like the Bar25 crowd and my good friend Volker. There’s so much I could do in Berlin. In Munich everybody’s too busy with their own lives, their own projects. I used to think, “Berlin doesn’t get me,” but now we’re really thinking about moving there. And in Berlin, rent’s cheaper. So, I really appreciate that.

After Huxleys, the Notwist won’t have another show for a while. There’s a 13 & God record coming out in April, so Markus and Micha will be on tour with the Themselves guys. There’s a new album planned for 2011; after the tour, we’ll get together in Weilheim to work on it. Console’s on break till summer – the singer [Miriam Osterreider] is pregnant and she’ll have her baby in January.

Tell me about Herself. Does the title refer to a specific ‘her’?

No, it’s about different hers. I started working on the album two years  ago, then last March-April, in a six-week period, I really did everything: producing, recording – everything. I had this great flow and that became sort of a concept for the album. It had been something like 10 years since I had time to concentrate like that on just one thing. And it felt amazing to not wait for other people to have time to come to the studio – to just be free to do what I felt like. When I finished it, I thought, well, I could involve the rest of the band and change some things … but it wouldn’t make it any better really. So I decided to keep it – keep the flow. I guess it was also a bit of an ego-trip thing too, to do it all myself.

Would you classify Console as IDM (with a little more intelligence, a little less dance perhaps)?

Eh, yeah, I guess. That’s something I’ve always had a problem with. That’s for other people to say. I just say, “it’s electronic music.”

I’m sure it has to do with me getting older. My tastes are different now. But it wouldn’t have been interesting for me to do “14 Zero Zero” #2 and #3 – it was great in that period, but I don’t need to do it again, you know? I’m always experimenting.

On this album, it was really important for me to keep it electronic. There were a few guitars on the past few Console records; this time I wanted to just use samples. Also, I’ve been fascinated by music from South America, and Africa lately. And the Middle East. So that was an influence on this record. That’s why you hear some klezmer on “Cutting Times” for example.

Oh, I was totally into it some years ago. I was always working dubstep nights’ in Munich. I made two tracks actually – a Notwist remix and a Bob Marley remix – haha. But it became boring to me. Techno and house – it’s sort of always the same.

Would you ever write songs in German?

I think no. I recorded those two songs for the new album a year ago, and thought, “let’s try some German lyrics.” So I recorded it and played it to my band mates… but it just didn’t fit. When you’re in Germany and you sing in German, the lyrics become too important. That’s why Markus prefers to sing in English too.

Yet The Notwist has an international fan base…

Our shows in the U.S. are always great – but one of the best shows we’ve played in a while was in Croatia in 2008. The people just went mad! It was two weeks before the last record release and they sang along with everything – even the new songs which… actually, they shouldn’t have been able to have beforehand! We were just looking at each other on stage, like “huh?”

Lots of critics here made jokes about the German-English thing. They said, “Ugh, the Notwist sing in English with a German accent – no good.” But then we…well, we became well known in English-speaking countries. I guess it’s because when you write in English as a nonnative speaker, you have an approach that’s kind of like a child’s. You make mistakes and that can be poetic, somehow.