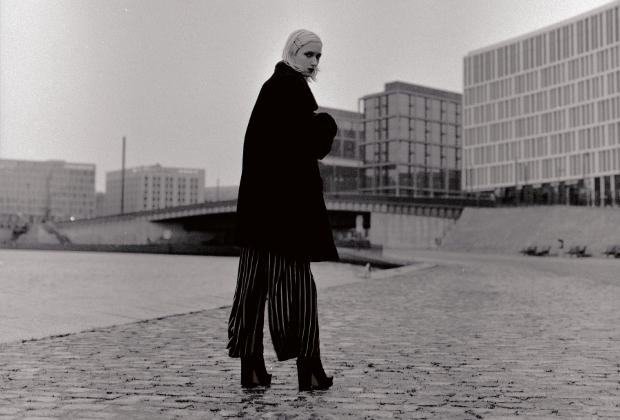 Danish-Canadian Berliner Sally Dige talks about her musical beginnings and her cathartic new synth pop record, Holding On, out Sep 13. 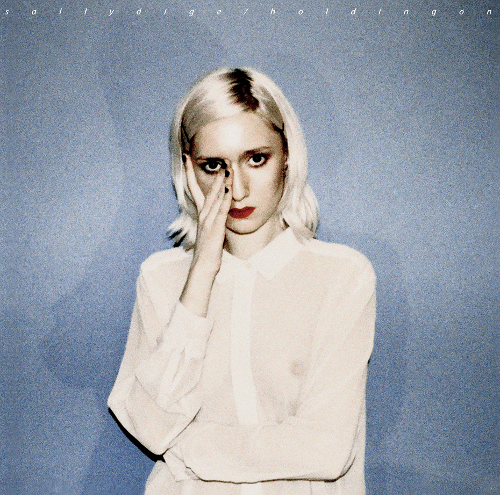 I was in a band called Petroleum By-Product back in high school when I was 15, my first official band. It was the usual: we didn’t know how to play our instruments, but we had all these ideas. We were inspired by John Waters, 1980s no-wave films, Klaus Nomi’s aesthetic, even 1950s sci-fi movies. We’d play venues every weekend, this very typical band thing.

And I really wasn’t into that. I wanted to do more of the visual side of it, make films. That’s why I began the solo project while I was in school – just myself in the backyard shed making little films. Now all the different mediums I work with co-inspire each other. In the end, being in a band influenced me more than art school. You work on your DIY projects, you learn how to be resourceful, and even if you don’t know how to play your instrument, you just find a way.

My new record Holding On was written when I felt I was losing control. Everything was falling apart in life; I had no hope. I didn’t have places to live, I was travelling back and forth between two countries. But holding on to that last bit of strength you have, and just knowing that things are going to be okay, that’s what it’s about. The music was the one thing I could go to. I’m not really good at talking about problems. I spent a long time writing, and I’d just be secluded or isolated for months on end and not talk to or see anybody. I needed a way to deal with what I was feeling. Just having music was a way to process, to go deeper. It was very therapeutic, talking to someone without actually talking to someone.

Sally Dige Holding On Out Sep 13 via Avant!