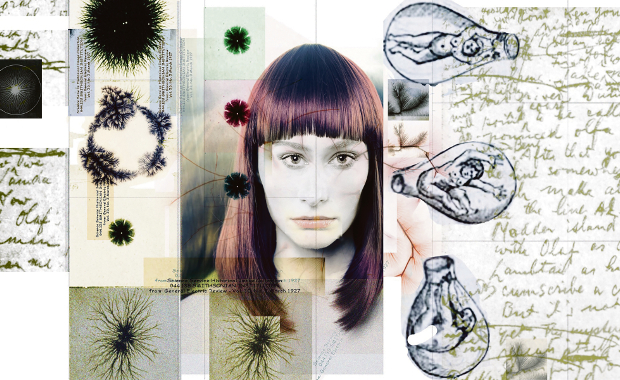 Austrian composer, singer and musician Eva Reiter returns to Maerzmusik (Mar 16-26) with a performance of The Lichtenberg Figures.

No, it’s not about East Berlin: composed in 2015, Reiter’s piece is an interpretation of poet Ben Lerner’s sonnet collection, named after the patterns created by diffusing electrical discharges. The composer, who splits her interests between Renaissance, Baroque and contemporary music, last played Maerzmusik as part of the Belgian Ictus ensemble. She explains how she set Lerner’s text to music.

What motivated you to study the recorder?

It’s your typical first-learned instrument. Luckily, I had a very good teacher from the beginning who not only introduced me to the instrument, but to its Renaissance and Baroque context. At an early age, this particular musical language and its aesthetics became very familiar to me.

Why shift from Renaissance to contemporary?

I’ve always had an interest for the new and undiscovered, and I was fascinated by the flute’s technical advancements in contemporary music. I’m still heavily influenced by Renaissance music, though. During the Renaissance, instrumental music was very closely informed by text, to benefit its understanding. And so when I compose, with or without vocals, I often compile sounds similarly to syllables and words, to create a language.

In Lichtenberg Figures you put music to words.

[Lerner’s] text, which you can read in the surtitles, is the guiding thread. In his sonnets, he combines everyday and scientific observations with violent dialogues and surprising metaphors. There’s no common theme; nothing’s thought through to the end. But gradually, you realise that it’s all in the same realm of thought. I tried to compose in that manner, creating a recognisable frame of reference. The prologue contains the entire sound cosmos that appears in all seven succeeding songs – one path from which all others unfold, much like the physical phenomenon of the Lichtenberg figures themselves.

You’re singing the text yourself, but distorting your voice…

I’m using a digital effects pedal to mimic the variety of characters in the text. Manipulation and hallucination play a big role in this piece. When a soprano suddenly sings with a bass voice, it’s clear that what you see isn’t what you hear. Pitch shifters, distortion and reverb create these doppelgänger characters while the other instruments use analogue effects like funnels or tubes, a natural sound filter system. I wanted to create musical landscapes that irritate and bring you to the limit; to provoke and disturb this state of inertia that you put yourself in not only when you listen to a concert, but also when you create music.

So do we need to be music nerds to get it?

You don’t have to be an expert in contemporary music to find access. Drums, electric guitar and bass, the basics of a rock band, play an important part. Of course, if you’re in the know you’ll have a more detailed experience, but I don’t want to counterbalance those two experiences. The piece’s immediacy is as important to me as the ironic remarks that will only be understood by a select few.