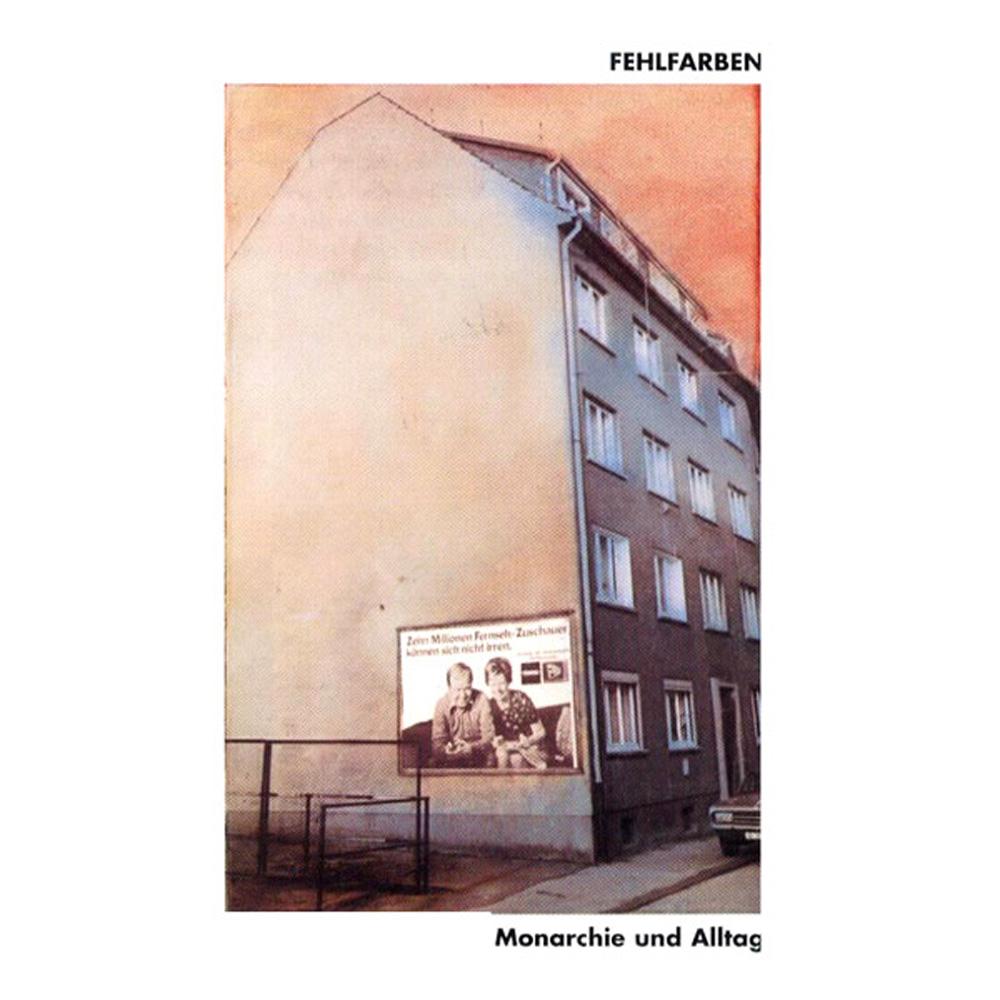 In 1980, history was made! According to Rolling Stone, the best German-language record of all time wasn’t by Nena or Neubauten, but the expertly crafted punk of Fehlfarben’s Monarchie und Alltag. Riding the wave of new music coming out of the Düsseldorf underground scene, Fehlfarben’s debut album was the creative output of a hodgepodge of members from the bands Mittagspause, S.Y.P.H. and DAF. Mixing a bit of ska and funk in with their punk, the D-Dorfers produced the closest approximation to a German Clash record to be found, while remaining totally unique. After a hit with “Ein Jahr (Es geht voran)” and relatively good reception for a German-language album, singer and songwriter Peter Hein famously quit the band to retain his day job with Xerox. He left the company in 2003 after resuming Fehlfarben in 2000 with new music. It’s back to the beginning this Friday, June 23 at Volksbühne as they play their groundbreaking debut in its entirety.

Why perform your debut album today?

It began, like everything, as a bad joke. Last year we had some concerts in the winter and then knew there wouldn’t be many more. Then came a request from Miguel from [the cultural centre] Zakk in Düsseldorf. He wanted to do a festival [the Lieblingsplatte-Festival] where different bands and artists would play an entire record. He had especially asked about that record – it’s our one-hit-wonder, our milestone. We knew that after this tour that there wasn’t so much work to do, and this was a really good offer for our standards.

What is so special about Monarchie und Alltag?

[In English] “I have no idea. Beauty is in the eye of the beholder.” Actually, being part of this, I find it really hard to say why this thing is as great as people always say. It probably had something to do with all of the different backgrounds that we brought to the table. We wanted to bring Gang of Four and the Jam and Wire together under one roof, but we didn’t quite get that. Then we heard John Lennon’s “Stand By Me” and we thought “awesome, we’ll do that”, but we couldn’t do that either.

Did you think in any way it would be successful? Was success even on your mind?

Not at all! Our biggest success was not having to pay for the studio time! An even bigger success was getting a contract from a record company [EMI] for something that they’d never even heard of.

Can you tell me about the making of the album?

For us, or at least me and [Fehlfarben and Mittagspause bandmate] Thomas [Schwebel], studios were small basements with two stoned hippies, egg cartons, a dampness in the air… we really had no idea about them. And then we went into the big one and it was like a sports hall, with wood panelling, full of gold records from bands that we thought were shit, like Pink Floyd and the Rolling Stones and stuff like that. And we thought, oh great. But no matter. We just had no idea what awaited us. The sound technicians on the one hand were totally nice and on the other hand totally didn’t understand what we wanted. But I wasn’t there that often anyways. I had to come late after work, around 6pm

You originally hated your hit “Ein Jahr”. Why? How do you feel about it now?

Okay, let me go back about 6000 years. We began rehearsing that song only a few days before recording, because Thomas was suddenly on this total funk trip. This was just one of those pieces that wasn’t even finished before we were supposed to record it. It wasn’t until I stepped out of the group that “Ein Jahr (Es geht voran)” became this sort of one-hit-wonder, and we had to deal with it to a certain extent. And we thought the easiest thing to do was to act as if it didn’t exist. Or say it was shit. And overall, there are songs that we thought were better, but they didn’t have the same impact. But what could we do? It is what it is.

Today it’s simply another number we play among the rest. And it’s one of the reasons people come to see us. But if you’re only coming to see that song, you’re probably going to be disappointed by the rest. In the end, though, it’s only two and a half minutes of our lives wasted. And if a few people like it, why not? Now we just see it like all the other songs on the album – part of it. So it’s totally okay.

Can you tell me something about “Paul ist tot”?

Well, no one actually died. It’s more that someone is dead because they simply left.

So it had nothing to do with the “Paul is dead” Beatles conspiracy?

No. Not at all. Paul was a made-up character. We were only even aware of that after-the-fact. And then people would come and ask and we were all “Oh yeah, sure, that’s what we were talking about!” No, we didn’t know anything about this part of rock history back then. We didn’t have the internet. Only NME, and the “Paul is dead” thing was long over by then.

Rolling Stone called the album the greatest German-language album of all time, does that mean anything to you?

Yeah, sure. The main thing here is that it’s me and not Udo Lindenberg. That I find cool. The problem is that these are the kind of titles that mean absolutely nothing. But, sure, glory and honour are nice. Whether I really deserve it is not for me to say, though. I’m too close to it.

Do you listen to new music?

The stuff that I do hear, I don’t think much of. And when something comes on Youtube or whatever, I shake my head. In principle I find everything new to be shit. The younger generation are assholes and can’t do anything, and I want to be a professional complaining pensioner. Now and then, I’m surprised. Of course there’s great stuff out there, but I don’t know them and I’m not interested in looking for them. I don’t need it anymore, don’t have the money to spend on it. But when you go to small concerts or whatever, or I’m told to go see the buddies of buddies of buddies, I can still find them okay.

Do you listen to modern Deutschpunk today? Fellow Düsseldorfers Die Toten Hosen just released a new record. What did you think?

I have heard it! But not of my own free will! I was in Cologne in a really big record shop and it was 10:30 in the morning and I had hardly started looking through CDs and the record started. At first I didn’t notice, I didn’t even realise that a new record was coming out, but I figured it out – once again they had mistaken me for Campino. But really, Saturn probably had some sort of media partnership with Die Toten Hosen. It was probably being paid to play the album. Funny enough, they quoted Fehlfarben on the new record and I found that nice. I’m not totally sure, but in the first track I think they sing “Keine Atmenpause, Geschichte wird gemacht.” (“no respite, history is being made”)

Have you ever regretted giving up commercial success in the early 1980s?

No, never. When I left the band, we had sold 9000 records; from that, we got one mark a record and then that was split among six people. You’re certainly not making that much selling records. And it wasn’t clear that we would sell more in the future. Looking back, yeah, we sold 250,000 total, but that took 25 years. People say, “Yeah, you gave up so much! You could have been so much bigger.” Could’ve, would’ve, should’ve.. And who knows? Perhaps I’d be dead now if I had lived like Campino. Maybe that’s what I wouldn’t wanted. And what they have, I don’t want anyway. So I don’t feel like I sacrificed anything and I don’t regret anything.