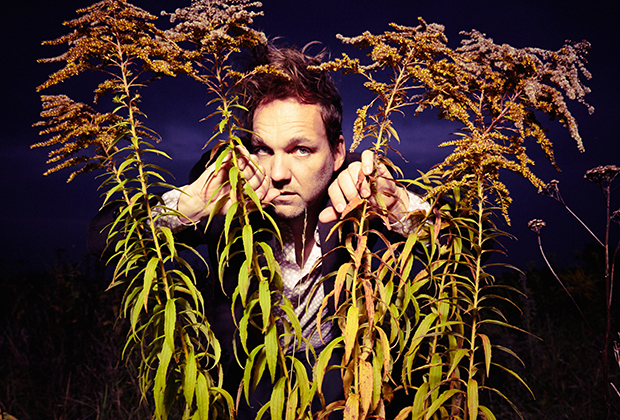 Cutting his teeth in the hedonistic abandon of 1990s Berlin, Arnold Kasar’s musical career is typified by eclecticism. From nu-jazz to broken beats, he’s pretty much turned his hand to everything – even an ongoing collaboration with Friedrich “Supergeil” Liechtenstein.

Originally hailing from the scenic Black Forest, the classically trained pianist forged a longstanding relationship with Jazzanova’s world-renowned label Sonar Kollektiv and, before his pairing with Liechtenstein, counted electro-chanson group Nylon and future jazz act Atomhockey among his musical alliances. After an extended stint experimenting with electronic production, Kasar reverted to the instrument of his childhood in 2012: the piano. His latest effort Inside Devils Kitchen hit the shelves this spring.

Why make piano music when you were already big in the electronic scene?

It was the instrument I learned as a child. As a young guy I was into jazz. I used to check out music from the 1950s and early 1960s, artists like Bill Evans were really cool. Upon arriving here, I tried to fuse my earlier interests with electronic stuff. When I turned to production, I explored more experimental, broken-beat music that was influenced by nu-jazz. After 10 years of that, I thought about what to do next and the piano came back into view. It’s refreshing, especially after having been wrapped up in synthesisers and laptops for quite a while.

Going back to piano seems like the mature route to take. Do you see it this way?

To be honest, I guess I failed with making electronic music. I’m not a DJ, I’m a musician. All this work helped me answer the question as to whether or not I was an electronic producer. Don’t get me wrong, I really adored listening to good DJs, however I missed creating music with my hands. Because I wasn’t DJing, making tunes for another person to drop in a club and waiting to see the reaction didn’t appeal to me – it’s a bit indirect and unemotional. Getting back to the piano has allowed me to delve into what I did as a youngster, it has enabled me to improvise again. The music I’m making right now is about looking inside and trying to find authentic feelings. It’s about restarting and looking to walk on.

What was it that initially attracted you to Berlin?

When I moved to Prenzlauer Berg, everything was broken, unclean and generally unfinished. It was a place that was caught between two worlds, the structures of the former GDR and this new thing that was up-and-coming in the 1990s. You really can’t compare Berlin in that decade to anywhere or anything else. I had visited other cities like Munich and Hamburg, however when I discovered the electronic scene in Berlin there was really no question, I just had to come here.

How easy was it to get involved with that scene after you arrived?

You had to hunt for things. There was no Facebook or Twitter, you only had flyers. Looking in bars, phoning around or asking people where they were going was how it went. I was following people like a private detective! You’d look and see some guys walking towards a yard and think, “Maybe there’s a club inside.” Often there’d be a party going on with hundreds of people dancing and having a good time.

Having lived through two decades here, what’s the biggest difference between then and now?

In the 1990s the music was a lot harder and industrial, really solid techno. Things are a lot lighter now. Everything used to be much more rough and underground. Being in a club was really surreal, you and the other guys inside were experiencing something brand new whilst everyone else outside went about their business, going to work or just hanging around. It was a great clash. Now the city’s definitely more open and colourful. Sometimes it felt like if you wanted to publicly laugh back in the 90s, you had to go home!