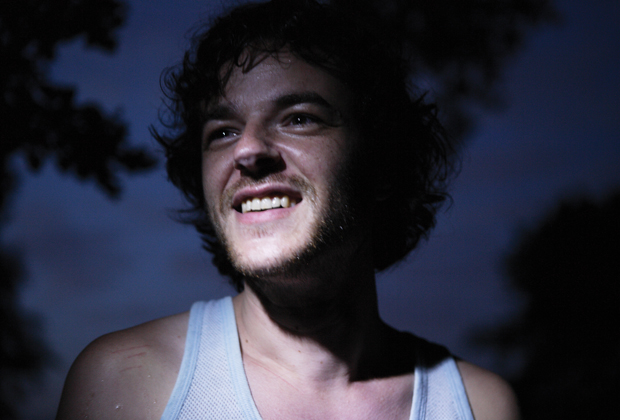 Born in Santiago, raised in Cologne and currently living in Paris and Buenos Aires, DJ-of-the-moment and Cómeme label boss Matias Aguayo has been a nomad on the electronic scene for over a decade. Once better known for raunching up Closer Musik tracks, these days he’s organizing chaos, throwing bumbumbox street parties throughout Latin America. His latest album Ay Ay Ay (Kompakt), with its infectious single “Rollerskate,” is one of the strongest of 2010, and on December 4 he’ll be co-curating the Mexico wing of the Worldtronics Festival at the Haus der Kulturen der Welt, as well as performing.

Which culture is most inspiring to you right now?

After travelling a lot to Mexico to play, I think they have one of the most interesting modern popular cultures. It’s a great mix of electronics and also, for example, salsa. It’s really rooted in everyday life. That also reflects our project in Haus der Kulturen der Welt: a lot of the artists have never been to Europe, which is really interesting. It’s a great platform for the musicians, because the music industry is much more developed over here. It’s not a welfare idea, though – they’re used to playing at big venues in Latin America.

You dislike the term ‘world music’.

Labelling is basically a way to sell music. The unpredictability of the music and how it works parallel to society is important. That inspired the [bumbumbox] street parties. The motivation was obviously not making money. It was to break down the relationship between the audience and the musicians.

Do you think the playfulness in your music is more South American than European?

Mostly, I think that’s me – I grew up fighting generalization. As an immigrant child, it’s hard. I think every Turkish or Italian or whatever person in Germany shares this feeling. People telling you, “oh, you’re so Italian,” and then you go back to the roots and get told, “oh, you’re so German”. It makes you realize that people are pretty much the same everywhere. It’s more about different codes in different societies. I guess you might say the best for me was to combine the Latin American playfulness with the German efficiency.

You’re constantly on the move.

I don’t travel to get inspired but more to share my music with the world. I don’t think I would be making shitty music just because I had to stay in one place. Though I do more or less live between four places.

Bumbumbox appears to, as well.

The basic idea is for the DJ to interact with the audience – a very important idea, since it tends to get lost in the commercial or standardized format of the club. It’s not only the performer that makes a good party. If you have a boring crowd, then even the DJ won’t help. In an ideal case, I would like to get back to

a very tribal theme in the sense of having everybody singing along. Places like Buenos Aires have a lot of street life, and dancing is not necessarily something that has to be related to a club. It’s a part of everyday life and it takes place in many different forms. Family meetings always end up with everybody dancing.