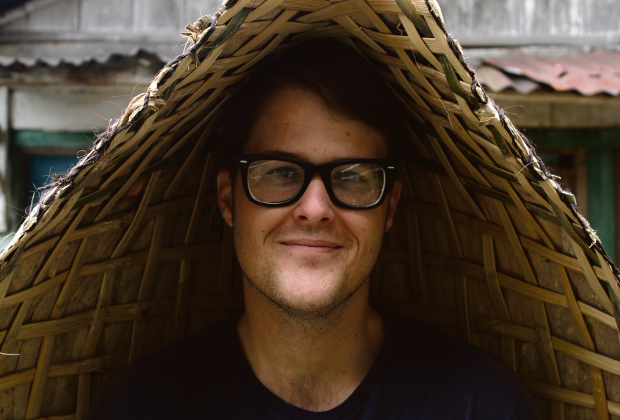 UPDATE: This event as well as the rest of Rabih Beaini’s Rayung Raya series has been cancelled due to “complications with the Indonesian government”.

Palmer Keen gets us ready for the third Raung Raya showcase with his desert-island Indonesian albums.

It was at a music festival in the city of Bandung that Berlin-based producer, curator and label head Rabih Beaini first met Palmer Keen aka Aural Archipelago, an Indonesia-based musician from the US who had made it his task to record and archive local music. For Beaini’s third Indonesian showcase at Berghain, Keen joins Ata Ratu, queen of the jungga (a four-stringed, lute-like instrument), along with experimental rockers Zoo. We asked him for his top three picks from his adopted homeland.

Music of Indonesia, Vol. 20: Indonesian Guitars (Smithsonian Folkways, 1999) “The legendary last volume of American ethnomusicologist Phillip Yampolsky’s epic Music of Indonesia series highlights regional guitar stylings from Sumatra to Sumba and beyond. More than any other volume in the series, this one has been a huge inspiration to me – I’ve managed to record each style myself throughout the years, even meeting some of the same amazing musicians 20 years on.”

Golden Rain: Balinese Gamelan Music (Nonesuch, 1969) “This classic gamelan album was one of the first widely released recordings of Indonesian music outside of this country. ‘Musical tourist’ David Lewiston, who recorded this in the 1960s for Nonesuch, just passed away this year, but his legacy lives on: he managed to convince a record label that there really is an audience out there for truly non-Western sounds.”

Tigapagi: Roekmana’s Repertoire (Demajors, 2013) “This album from Bandung-based Tigapagi won album of the year in Rolling Stone Indonesia a few years back, but is practically unknown outside of this part of West Java. The band mixes Sundanese-inspired pentatonic melodies with keroncong-esque instrumentation and Indonesian-language lyrics about Indonesia’s dark history for a sound that far surpasses other fusion attempts.”