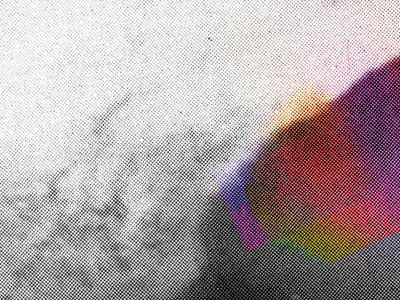 The shadowy figureheads behind Club Transmediale tend to lean toward the atmospheric and abstract in their yearly subheadings, and also, more likely than not, the irrelevant.

But 2012’s edition rightly lives up to its ‘Spectral’ sobriquet with a gaggle of icy chillwave superstars and well-handled, grizzled tech-hands. My one-a-day picks for February are here: make sure to reserve an extra seat for your ectoplasm.

Wednesday, February 1 continues the nostalgia-fest for the Zodiak Free Arts Club, the early-1970s crucible for the more ambient end of the Krautrock/Kosmiche movement that would make up the Berlin School. Octogenarian Hans-Joachim Roedelius, currently on break from the groundbreaking electronic duo Cluster, brings the newly formed QLUSTER to HAU 2; earlier in the afternoon, he’ll be participating in a panel moderated by PAUL PAULUN.

The stage skews considerably younger on Thursday, February 2, with a witch haus extravaganza at Berghain featuring three Tri Angle label mates: the 20-year-old BALAM ACAB, creator of one of 2011’s finest album, along with the yooouthful OOOOO and HOLY OTHER. KUEDO and PUZZLE also feature. All are very au courant for 2009, and perhaps the future of the art-world establishment.

The Berghain conglomerate also hosts the most eclectic amalgamation on Friday, February 3, including an exotica DJ set by ANDY VOTEL at the Kantine, acid house legend BABY FORD applying likewise at Panorama Bar, Iceland’s BEN FROST, rapidly ascending toward Arvo Pärt status, leading an ensemble with Borgar Magnason on double bass and Shahzad Ismaily drumming, with Pansonic’s hummeister MIKA VAINIO and many others also on the bill.

It’s back-to-Berlin school on at Haus der Kulturen der Welt on Saturday, February 4, with legendary Ashra guitarist MANUEL GÖTTSCHING returning to his psychedelic roots to collaborate with Joshua White’s JOSHUA LIGHT SHOW. White created the groovy oil projections at the Fillmore East and the Factory party scene in Midnight Cowboy; he then entertained the truly drug-addled and worked on The Jerry Lewis Telethon.

Icy and oblique, the music of Touch Records celebrates 30 years on the austerity program on Sunday, February 5 at the similarly spartan Passionskirche with Norway’s JANA WINDEREN, Iceland’s HILDUR GUDNADOTTIR, THE ETERNAL CHORD, CHARLES MATTHEWS, MARCUS DAVIDSON, ELEH and a group improv by ORGANOLOGY. A fitting end to a week of “The Wire, The Wire, pants on fire”.