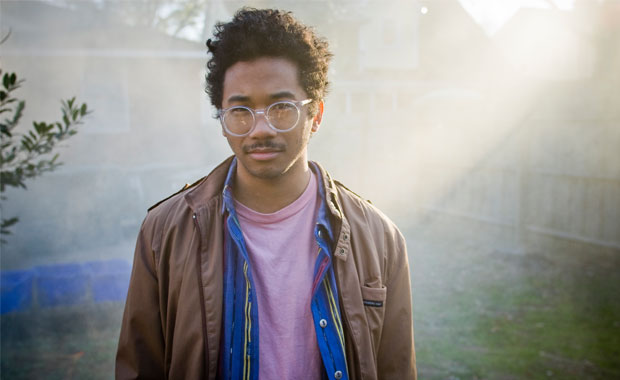 For the last decade, 23-year-old Chaz Bundick has toyed with writing music – but it turned out not to be with his band of some years, The Heist And The Accomplice, that he gained recognition. Bundick emerged at the forefront of what some call “glo-fi” with his debut solo effort, Causers of This (Carpark Records, February 2010).

The album is a shot of heavily treated vocals, washed-out interweaving melodies and seamless track-to-track transitions – the pitch-perfect sound of a concept album. And he’s already recording another, due out later this year.

EXBERLINER spoke to the South Carolina-born musician in New York, just as he was about to hop on a plane destined for Europe: Bundick’s solo project Toro Y Moi plays, with a full live band, at Comet Club on July 15.

How are you feeling about touring Europe for 29 consecutive days?

I’m doing alright. We’re at the airport now and I’ve never been to Europe in my life so… it’s going to be really fun.

You’ve just had a month’s break after your last tour. Presumably you’ve been working on your new album.

Yeah, pretty much full time – I was just recording the next album. It’s nothing like Causers of This, really. There are live instruments and it doesn’t really have any of the My Bloody Valentine influence. It’s a completely different sound. There are similar influences like soul, and the Beach Boys definitely are one of the influences. But yeah, I’ve been listening to a lot of Spaghetti Western soundtracks for inspiration. That’s my main influence. I recorded live guitar, live drums, live base and got rid of the drum machine. But it’s all me again.

How do you think fans of Causers of This are going to react to it?

We have a couple of new songs that we’ve been playing live. It’s cool to see how some of the hip-hop fans react to it… It’s funny how people can connect to it: I get pleasure out of that. I guess it depends on people opening up their ears to new genres.

And speaking of genres, what do you think about people who label your music as “glo-fi”?

I can’t really make sense of it. There are similar influences to Washed Out and Neon Indian in production, so people just group them together I guess.

Although Causers of This is an original piece of work, it sounds like the songs have been given the remix treatment with cut-up and skewed beats. How did that come about?

I wrote the songs straight through first, and then essentially went back and remixed my own work. I’ll try to do one thing, and then I end up doing another thing by accident – not really knowing how I’m doing it. On that album, I would complete a song, and vocals and everything, and I’d just be like – “What about if I change something here now?” And it would completely become a whole other thing.

Do you have a favourite gadget you use when you’re composing?

A pedal effect. It’s called the “Memory Man”. It has a loop, delay, reverb and everything. So I use it to sample my own vocals live, too.

You’ve also studied graphic design. Have you used that to your advantage at all?

Do you want to tell me some of them?

Just some cool viral things that would catch on or something weird. I have some ideas, but they’re top secret!

“Toro Y Moi” is Spanish for “The Bull and Me”. Do you speak Spanish?

No, I don’t actually…

And finally, since Berlin is in the midst of Fashion Week, I have to ask you: do you need to wear those big glasses or are they just a fashion statement?

No [laughs]! I actually need to wear them and sometimes I even wear contact lenses!