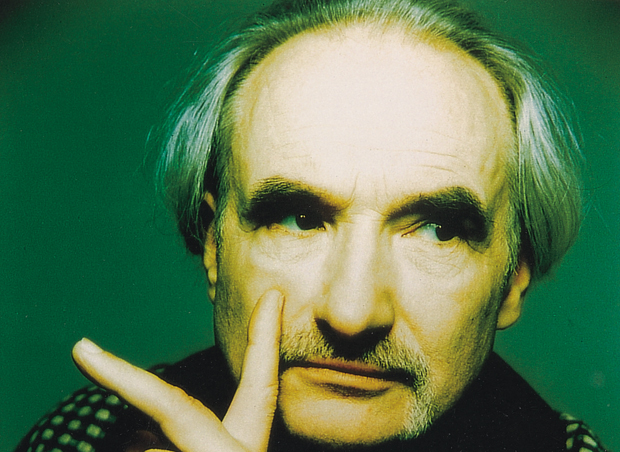 Krautrock pioneers Can weren’t only a musical inspiration: Künstlerhaus Bethanien hosts a group show Halleluhwah! Hommage à Can, opening Thu, Nov 24. Founder, bassist and sonic mastermind Holger Czukay spoke with us in us in Sep 2006.

With German pride having peaked thanks to the World Cup, it’s not a bad time to look back on what was arguably the greatest band in German history: Can, which managed to translate and anticipate most avant-rock trends taken up by bands from the Velvet Underground to Talking Heads and beyond, while maintaining a funk drive that cornered the market on Weissmänner Überbissen.

Most of the members started out as classical musicians studying with High Modernist composer Karlheinz Stockhausen, and while their career was generally based around Cologne, bassist, radio operator and technical wizard Holger Czukay studied in Berlin early in his career, and has always maintained a connection with the city.

Though the death of guitarist Michael Karoli in 2001 put an official end to their occasional reunions (the last resulted in 1989’s album Rite Time), the remaining members have been working on contextualizing the band’s legacy. Over the last couple of years they’ve been releasing their albums in the SACD format. The latest batch included the aforementioned Rite Time and 1977’s ethnorock landmark Saw Delight.

Can was based in Cologne, but you celebrated the release of the Can Box in Berlin at Columbiahalle. so the city must mean something to you.

Because I was a refugee from Gdansk! I first saw Berlin the first of February 1945, when our train came in. We came in through the main station and I just saw a flat area there. And I said, ‘What? That should be a capital city?’ [laughs]. It’s changed a little bit.

You were born during the war?

Yes. We were originally sent to a Russian camp, which meant that we had to escape again, this time to the American zone. We went through the fields, and passed over the border very silently. They were just 20 meters away.

What do you think your life would have been like if you had been stuck in the east?

I actually liked the Russians. They gave me what they could give me. It’s unbelievable. As a child, I got chocolate from them – not cigarettes, of course [laughs]. So, now we have a special relationship.

You must know that I was studying music in Berlin starting around 1962. I had a special license, a permit, to cross to my house, which was an enclave in the southwest of Berlin, not far from the Autobahn. I got to know all the soldiers there, from their controlling me.

Any luck with the Americans?

Of course you know that once we had a very famous American general named Clay, and he came to where I lived and invited me for Thanksgiving Day, and said, ‘You are living as a front man here. And therefore we are celebrating Thanksgiving.’ I was 23 or 24. At the time, I was studying with the bass player of the Berliner Philharmonie, who told me, ‘OK, if you continue playing like this, you can become a bass player in an orchestra. The violinists won’t get you, but you’ll fit in well with the brass section’ [laughs]. I thought, ‘This is the end, my beautiful friend,’ and went to Cologne, where I thought I must see Mr. Stockhausen. A very big change.

Not to mention living as a Pole among all those West Germans.

I’m not a Polish person, but I have a Polish name.

Because Gdansk is the border area?

The Nazis were big on aesthetics.

This is how I lost my name Czukay. My father changed it. To Schuring, a Dutch name. When I changed it back, it was with Can, in 1968. When I asked my parents what happened here, nobody wanted to tell me the truth. I was playing for money in a band with two Polish girls who were singing. I said, ‘Before, my name was Czukay. Do you know what that name means?’ And they told me: ‘Search.’ Search equals Czukay. And I thought, when we opened up Can, ‘This is a very good name for me.’

So you were altering your identity, making a break with your past as a classical musician, among other things.

I thought that the name fit my nature.

This is what you are doing all the time in your life. When I got a bit older, between 40 and 50, I felt that I could begin to count on my language. But I didn’t know it would be with Can. I never passed an examination in music. I never got to where a school was accepting me as a student. This is what I told Stockhausen: that whatever I tried, whatever I did, nobody wanted me, and they said, ‘You cannot pass. You are not talented.’ And Stockhausen listened to that and said, ‘Wonderful story, I’m taking you on.’

I’m not the guy who’s able to take examinations. A very simple example: I was teaching in Switzerland, and, because it was an International school, they were celebrating American Independence Day. I had to play the American anthem, I had to play the British anthem. I had to play the Swiss anthem. Everyone was there. I sat down at the piano. I started with the American anthem and ended up with the Swiss anthem. Everything sounded completely atonal at the end. The trumpet players were giggling and smiling and laughing at me. I could not even follow the notes.

Is reading music important to you now?

I’m a typical guy, but my tools are different from paper and ink.

You were a refugee in music, as well.

I couldn’t become a refugee in terms of music, as I thought I didn’t have anything to offer. From where should I escape? With Can, it was a start of becoming a practical musician. And not a the- oretical one.

Before Can, you had never handled a bass guitar.

Michael Karoli had to play guitar. There was only one instrument left: bass. And it was a good choice because nobody would listen to it, until Jaki [Liebezeit, Can’s drummer] came and said, ‘I’ll listen to it. And you should keep time on that instrument’ [laughs].

You had a very Minimalist style of play.

That was necessity. I was so shy playing when we were recording that everyone had to leave the studio.

But that was a long time ago. What will your next recording project be?

I’m more or less finished with a solo album. That’s all I can say. I’m not so sure if I will ever work with a record company again, but at the moment all my contracts are abandoned. And I am glad about that. We have to wait and see what is going on.

You’re a refugee again, from the record companies.

Yes. But it doesn’t disturb me.