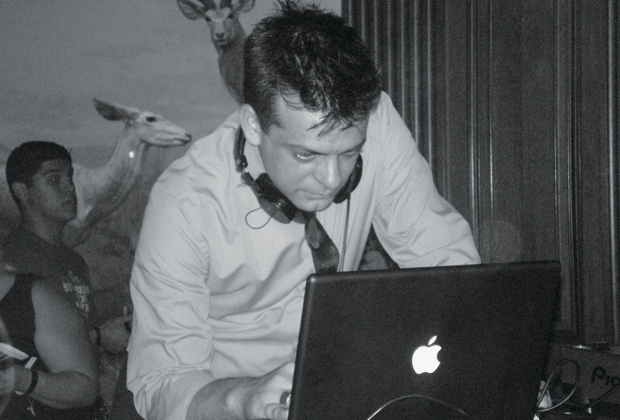 Superstars in Europe and NYC legends at home, Interpol naturally decided to name their new album after themselves. With Nazi-chic bassist Carlos D out the door, replaced by Louisville legend and general utility man Dave Pajo (as well as keyboardist Brandon Curtis), we were deigned worthy enough to speak to the drummer, Sam Fogarino. Interpol play at Tempodrom on November 20.

You’ve moved back to the indie label Matador after a record with the big boys at Capitol.

SAM FOGARINO: It’s so age old. There was that whole period, the post-Nirvana signing frenzy – bands signing to major labels that just had no business doing so. Everybody just – and I don’t want to be accusatory – took the money and ran. I think there were some hopes that things are different now… the pure punk rock ideal was to take the money and run. I mean you can’t get more punk rock than that. And then [the Washington] DC [hardcore scene] got involved and said: “No, we can’t take that money!” But that old school Sex Pistols kind of thing where it was, like: “OK, you’re going to give us that fucking money? Then fine, this is what you’re going to get.”

So we were all pretty conscious of that. Back around the second record, things were wrapping up with Matador and we had fulfilled our contract and Capitol was hanging about – and had the same staff for a while, which was involved with a lot of the Radiohead stuff. That staff felt comfortable. It was like: “OK, we don’t have to churn out our pop hit if we move to Capitol.” We just thought, artistically, the ceiling could get a little higher, because there’s more money. And it wasn’t about putting money in our pockets. Because I can tell you that my money’s gone. So we didn’t get rich over it and sell our souls, we just thought this could give us a higher ceiling.

And then, as quite often happens at major labels, staffs change. Then there was nobody there anymore and it was just really typical. And we kind of fulfilled the contract sooner than later, and they were very gracious in saying, “We’re both done.” And [Capitol’s parent label] EMI is feeling it the worst, this kind of industry restructuring. But Matador was still there for us, waiting. It wasn’t so weird for us because we were only away for one album. We kind of went out and tickled our toes and thought: “No, that’s too cold. We’ll come back.”

It took Sonic Youth 20 years to finally leave the majors.

SF: They’re a good example, at least at face value, of the marriage working of something truly alternative to the standard fare and being on a major label. Just the fact that it lasted so long and they didn’t get dropped after Washing Machine or something is pretty impressive, and to know that they could continue – but what’s the point?

If they finally go back from where they came, then it’s time to wise up. Just put it back into context. And the good thing about the industry just shifting is that things are starting to make sense again. While it’s tough for the indie industry, they’re still thriving. There’s a Matador to go back to. Even going to visit the Matador office, just to see them as friends, you would never know that the industry is hurting. You walk in and everybody’s busy and happy and working and they’re putting out these great records.

It’s the kind of thing too, with vinyl not really disappearing and being with a company that is really passionate about the medium, it kind of branches out from there – in terms of their understanding of the market upon which they sit. So based on just that, that the record is still king, they will do everything they have to do – that being the pinnacle from which all operates. That’s where you want to be.

Are the majors still hanging around?

SF: I think we had our experiment and we’re lucky enough to come out intact. My point is to never ever do that again. Matador has such a consistent staff. We did it. We’re done.

Do you see Interpol going on forever, immortal?

SF: I don’t want it to be immortal, but then again, who’s to say when? You just don’t know. In moments of vanity… and I’ve talked to a lot of guys who started 10, 15 years ago and are still doing it and just had the Neil Young complex where they just didn’t want to be that old and rocking out. But they’re still fucking doing it! So I don’t know – it’s weird. I kind of suffer from that disease here and again – do I want to be a 50-year-old rock drummer? Well, Wire doesn’t look silly. So I guess it just depends. If the music can still be challenging to us, first and foremost, then who knows?

But oddly, with the departure of Carlos, it will eventually change the paradigm, the formula – if there is one – of Interpol, because there’s now a very loud voice that’s no longer there. So in a way, it’s not really good to look into the future when nobody can foresee it – that’s scary, but when you get closer to it, that fear becomes excitement and it becomes a challenge and that’s what keeps you going. So we’ll see what happens.