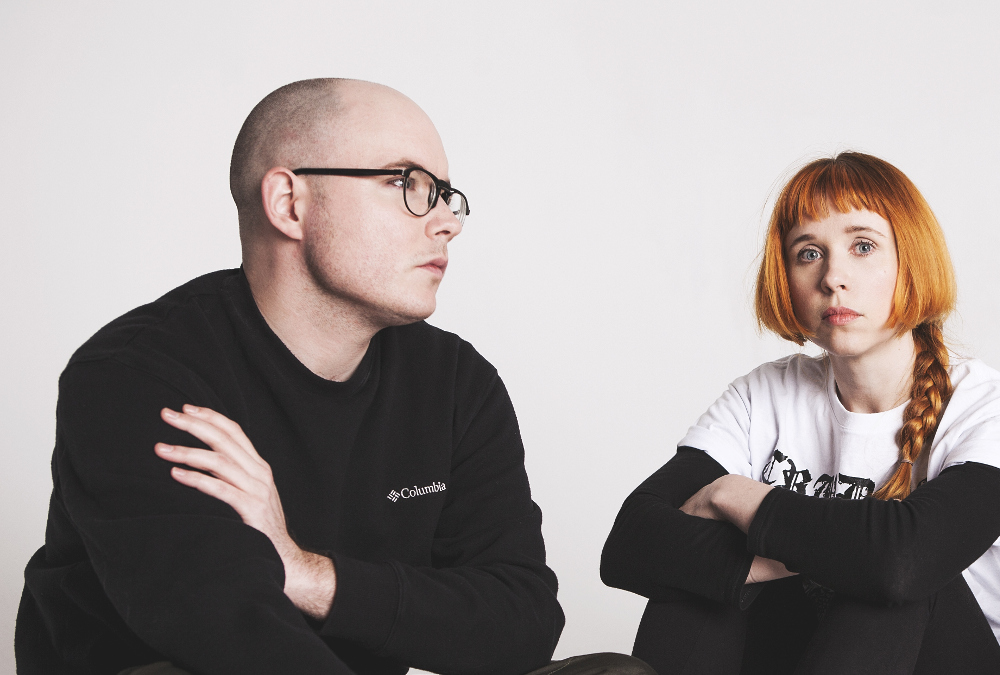 Holly Herndon and Mathew Dryhurst on their immersive contribution to the ISM Hexadome, on this month at Martin-Gropius-Bau.

In her 2015 album Platform, Berlin-based American composer Holly Herndon already addressed questions of public surveillance and privacy in our digital age. With access to the Berliner Festspiele’s latest immersive technological gadget, the ISM Hexadome, the experimental musician now tackles issues of data collection and artificial intelligence along with her husband and longtime collaborator Mathew Dryhurst in a double performance and an ensuing installation.

With six screens and surround sound, the Hexadome was designed for “immersive” experiences – what’s your angle on that?

Mathew Dryhurst: We’re less interested in creating a work for people to simply spectate, and more interested in the dynamics of immersion as a means to gather data from people. In the Facebook model, the politics of immersion – choosing your own adventure, sharing and getting lost in that universe – is used quite transparently to sell an advertising service to collect data on individuals. We’re taking that approach, hopefully, towards more positive ends. We’re training our AI baby on the contributions the participants are making in the space.

What is the AI baby?

Holly Herndon: The AI baby is a computer that is being trained right now, mostly on audio files of my voice. She learns from the audio that we feed her, and then she tries to reproduce it in a way that’s unique to her. She’ll be listening to the audience’s response and then she’ll be trying to recreate it; almost like a shadow of the performance for the installation.

Doesn’t meddling with AI get creepy?

HH: Of course, there are ethical grey areas. It’s already an ethical question to be recording the audience. And you have to deal with these grey areas if you want to understand the subject matter. The problem is that if you’re just complaining or just criticising, you’re not offering a new avenue. To create our own fantasy or future, we really have to deal with the subject matter with all of its complications. That’s our job at Martin-Gropius-Bau, to create a compelling experience for people to be able to envision an alternative path.

How do you know when you cross a boundary?

HH: It’s not like there’s just one boundary. You’re constantly crossing them and going back and forth and having to make those decisions in realtime. That’s what’s interesting about it. And, of course, we’re criticised for messing with these topics.

MD: Our interests are on a very humble level. Why can’t we develop AI systems to manifest these ideals that we have, and are we losing ground in not setting that as our ambition? This Promethean impulse is something, of course, to treat sensitively and be self-critical about, but I don’t think it invalidates the mission.

How about the implications of surveillance in your piece?

MD: This performance is less about surveillance. But everything we’re collecting is generalised and abstracted away from an individual. There’s no categorisation of people in there. We’ve done a lot of different data collection projects in the past, and part of the initial exercise was just being surprised by how willing people were to give up information. You can spend your time warning someone about something. Then you go and perform in front of a lot of people and ask them to contribute data, and they seem really happy to.

HH: There’s a cognitive dissonance there. The information is out there, and people are aware, but they’re willing to suspend that knowledge.

For cultural institutions, the latest technology is usually a big selling point.

HH: Not just institutions – electronic musicians have a really bad history when it comes to that. It’s basically making demo art for tech companies. Google gives you 100K to do a video with their new tech; VR is now on the market, let’s try to make this interesting. Our role is, of course, to engage in new technology, but question it and figure out what’s going on.

MD: That dynamic of funding also looms over everything. If you want to play with AI, you’ve got to play with these people who can give you that ability, and they’re almost always corporations. The kind of tech-art-melding is a very old thing now. It’s kind of like the old operas that were made to entertain the biases of the funders: you can’t go to a festival without there being like a multi-screen immersive whatever, and there’s always some kind of sponsor. Is this the new opera? Is this just making artwork to complement rulers?

Do you have ways of escaping data collection?

MD: Ultimately, when you look at the most successful people on Youtube or Instagram, their core job is to collect data on you. In music, the trend line suggests that we need to become more like those people to survive. You see high-profile musicians working with large companies on their home surveillance devices and selling them. It’s pretty high time we figure out our position in relation to this. Rather than non-participation, what can these techniques be used to build that people wouldn’t need to be afraid of, that would actually be useful…

HH: …to feel empowered that you have agency in this world? Facebook isn’t that old. Facebook could be replaced by something else. There just has to be enough will from the public that they need an alternative.