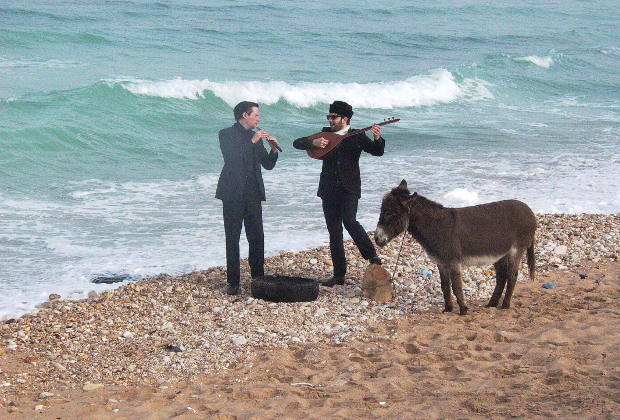 Radwan Ghazi Moumneh of Montreal audiovisual duo Jerusalem In My Heart on his love affair with the Middle Eastern instrument.

The root of everything we do is something I composed on the buzuk, even the crazy electronic stuff. The buzuk’s pretty much been our source of inspiration – and frustration, because of my sometimes limited ability to translate ideas properly onto the instrument. Music is not a thing in our family. I didn’t play instruments; I knew nothing about it. So, the buzuk seemed like the one Middle Eastern instrument that I could pick up, compared to say an oud or a violin or a ney where you have to have formal training.

The instrument itself isn’t really common. It’s very much a shepherd’s instrument; very basic and lute-like. People always play it in informal settings. In a typical Middle Eastern orchestra, you’d never see a buzuk. The Rahbani Brothers, both very accomplished composers [and playwrights], brought the buzuk back into popular culture in the 1960s. I remember seeing one of their plays on TV. The sound was so thin and wiry, and the guy was just improvising on it. It sounded so beautiful to me.

On stage, I have my buzuk that I got custom-made here in Montreal, this crazy pedal board with granular delays, pedals that cut up the sound and a device that converts pitch to midi. Basically I’m playing all these electronic synthesizers with my buzuk. The instrument becomes like a tool more than a musical instrument. So, my relationship with it is constantly changing.