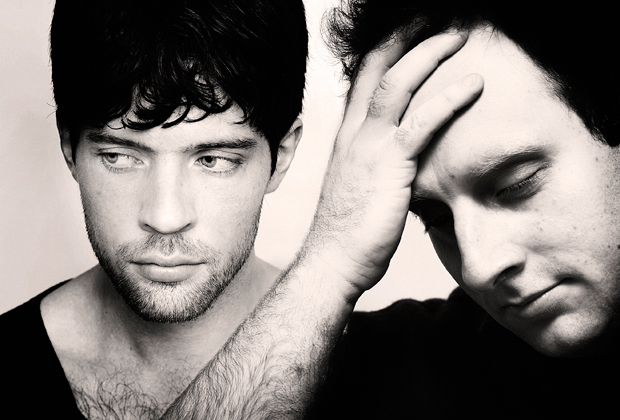 FROM THE ARCHIVES: The Berlin based Canadian expat motivates the soft-Moroder duo at Berghain Tue, Dec 6. We discoursed before Berlin Festival 2009.

What brought you over to Berlin?

There wasn’t a terribly good reason, you know. It kind of just happened, and I just sort of stayed.

I guess, in terms of German influences, we’ve always had lots, obviously. Theres everything from krautrock, early experimental electronic stuff, labels like Basic Channel. It’s definitely like a long German musical lineage that we’ve followed and paid attention to.

I guess, rhythmically, they probably bear some similarities since they’re both sort of based on pattern-driven music. If there is a common thread between them, that’s probably where my interest is.

Would you say your approach to music is theoretical?

Well, we do like technical approaches to the music, to some extent. And we do musical ideas beyond that sort of jamming. If anything, I would say the new record is slightly more extroverted than the ones in the past.

There’s a harder edge to it. But the vocals bring it more into the realm of song-craft.

We really tried to draw the songs or extend the arrangements much in the way that a lot of tracks are arranged, not only because we are huge followers of normal club music, but also because it’s in some ways the reaction against the current trend in a lot of music to be immediate, and to have three or four minutes that can be reduced to a sound clip. We like the idea of songs that evolve over a longer period of time and force you to engage with them more. I think it’s too much these days, especially with the internet and iTunes and iPods – not that I have anything against these technologies – it’s just that the culture of listening has become a little bit lazy. And people expect this big emotional payoff in a song in two seconds.

But not in dance music.

I think part of the beauty of dance music and slower arrangements is that they force you to engage with the music over a longer period of time. When dance music’s good, when techno is good, it forces you to pay a lot of attention whether you’re just dancing or whatever – to engage with the music for a long time. Pop songs are always short, but there’s less and less depth to them. It’s almost like the song is made for a commercial; you can almost hear eight seconds and get it.