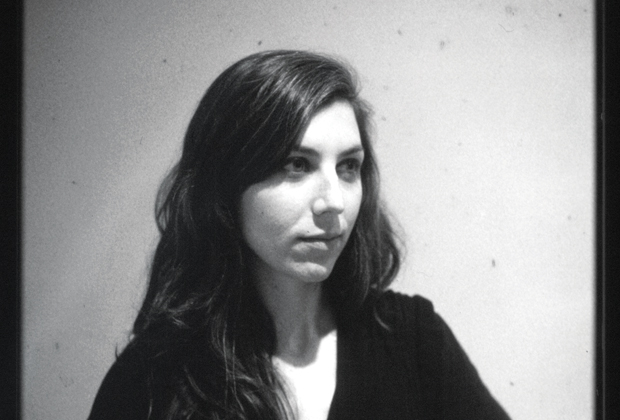 Back in 2008, a young Julia Holter was featured on the third volume of 4 Women No Cry, an all-female compilation by Berlin tastemaker Gudrun Gut for her Monika Enterprises label. Some four years later, the prolific Los Angeles musician and CalArts alum gained attention with Ekstasis (RVNG Intl), a self-recorded album that manages to combine blissed-out dance pop with psychedelic folk, Indian drones, and medieval chants. Immerse thyself at Berghain Kantine on Sunday, June 10.

You have a song on Ekstasis called “Marienbad”. Are you going to visit the Czech spa while you’re in Germany?

That’s a good idea.There’s actually this movie, [Alain Resnais’ 1961] Last Year at Marienbad. People were telling me it’s a movie I would be into because it’s very slow and long, and not a lot happens, but it’s this ongoing experience. I’m into that.

Then there are “Für Felix” and “Moni Mon Amie”, where you sing in a French accent – were you inspired by Europe?

So, I think it’s a coincidence. Like with “Für Felix,” the only reason it’s called that is because it’s for my dog, and a dog has fur – it’s really stupid, like a weird pun, but people think that it means something more. And with “Moni Mon Amie”, the words just came to me, and she turned into this French character.

You have these intricate, layered recordings – how do you approach performing them live?

I love live performing; I think it’s more important than recording. I think of the songs as malleable, and they change for a live setting – I just arrange them for piano, basically. On Ekstasis there are quite a few songs that I can’t translate solo. So I probably won’t be playing a ton of songs from that record.

Is there anything you want to play live, but aren’t able to?

I think if I want to, I just do it, and then if I can’t do it, I decide that I don’t really want to, you know what I mean? If it doesn’t work immediately, I just give up on it and do something else. Sometimes I come back to it, but certain songs are really drone-y, and some of them have beats, and that’s hard to play on the piano.

Does that throw people off when you play these folky, stripped-down arrangements?

I don’t know if I think of it as folk. To me it’s genre-less. On the European tour I’m playing with a cellist and a drummer. In fact, it seems to me like it’s a huge band. Playing with a drummer is amazing – it frees me up so much. Having to hold down the beat for years has been kind of annoying. And now the cellist holds down the bass line, so I have drums and bass, basically. I have a lot of freedom to explore more timbres, bring on additional piano and a little synthesizer.

You have two records, Tragedy and Ekstasis, and the song “Goddess Eyes” is on both. What is it about that song that you’re drawn to?

The person from RVNG, the label, contacted me three years ago. He really liked it, so I just felt like it should be on there again. I had it mixed differently – I mixed Tragedy myself, and Ekstasis with Cole [Greif-Neill, the producer]. But ultimately, I was obviously intrigued enough by the opportunities to work on it even more. You can do so much with that idea that there’s this goddess who is for a moment having feelings.

I’m always involved in those things with my friends, as a singer, or playing piano or harmonium. It’s a really vibrant scene. I’ve been singing with this group of people – mostly women, but not restricted to women. My friend Catherine Lamb is a composer who works with microtonal music a lot. She works with the purest intervals and explores them in a way that’s really beautiful. A lot of composers have explored those intervals with glissandi, gliding from one pitch to another, there’s an infinite number of pitches in between… anyway, she and my friend Laura Steenberge organised this microtonal singing group. It was mostly non-trained classical vocalists, or people who don’t consider themselves musicians but like to sing, and we’d just meet together. It was really fun. Recently we organised this group of round singing, where we’d all write rounds and sing them.

I just started listening to Laurie Anderson, and I like it. I’ve heard her before, it’s not like I’ve been living in a cave. But I’ve been listening to it recently, and I enjoyed it a lot. There are probably things I’ve been influenced by that were influenced by her. It’s the same as when people bring up Phillip Glass and Terry Riley to me, and I have to admit to them and to myself that I’ve never listened much to them. I haven’t listened to a lot of music that you might think I have, or that I probably should listen to, actually.

So what do you listen to?

I listen to a lot of straight-up pop music. I listen to the radio a lot. There’s this one station that plays a lot of soul and R ‘n’ B stuff, from the 1960s all the way up to the 1990s. Or oldies, rock music. That’s why I started recording my weirdly crafted beats, because I love pop music and I just don’t distinguish. I’d like to be a solo artist and just work with other musicians at different times, depending on the situation. The main direction that I want to go in is working with people more, but also maintaining a similar intimate process with myself with writing. I want to continue writing my own songs, and I want to produce them myself. And I also want to arrange them to a certain extent, but I think I’ll also be working with instrumentalists.

You’ve done a lot of singing with women, most recently with freak-folk godmother Linda Perhacs.

It just happens! I don’t do it on purpose. I don’t even think it happens as much as I’d want it to. I want to collaborate more, but it’s hard to put your all into it when you’re doing your own stuff so intensely. So I’ve put as much as I can into working with Linda, and working with that singing ensemble. I’m not particularly drawn to working with women. My experience hasn’t been that it’s different in any particular way, because everyone I work with is just different from everybody else. What is true is that female voices have a particular range, and they sound nice together, you know?