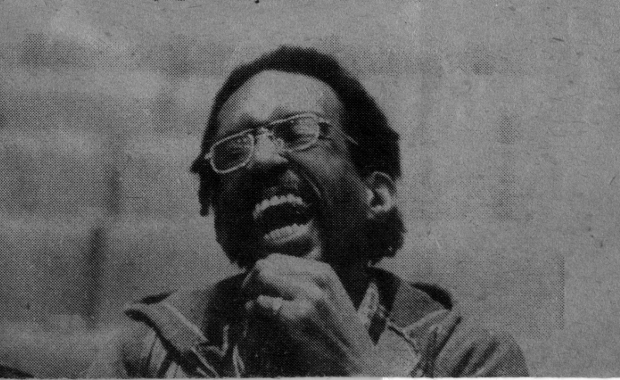 Maerzmusik, the Berliner Festspiele’s ever-more-ambitious “festival for time issues”, brings us the best in obscure contemporary music for 10 days – or is “days” too colonial?

As in previous years, the festival navigates around the pitfalls of the Eurocentric canon, this time by highlighting work by two semi-established outsiders of American minimalism: Catherine Christer Hennix and Julius Eastman (photo). For the better part of the last five decades, the former has written music that is both transcendental and transcultural, conceptually closer to American primitive and Indian raga traditions than Philip Glass-style austerity. She’ll be performing her own music for two nights at Silent Green (Mar 16, 22).

The official opening concert (Mar 17) is all about Eastman, whose identity as a gay black man led him to abandon the conservatory in the late 1970s and take on a more political and, dare we say, populist approach. Some of his more impulsive piano compositions like “Evil Nigger” resemble the kind of “higher disco” new music critics used to talk about (he actually worked with Arthur Russell). Later that evening, Uriel Barthélémi tackles Frantz Fanon’s psychological study of colonialism, The Wretched of the Earth, in a political-percussive performance.

The following evening (Mar 18), Kirche am Hohenzollernplatz offers the possibility of more immediate time travel with Belgian ensemble Graindelavoix performing some eerily beautiful and little-known 15th century choral music. Actually, much of the programme is aimed at the rediscovery of forgotten masters, like reclusive Irish avant-gardist Caoimhín Breathnach (Mar 19) and Swiss microtonal composer turned South American expat Walter Smetak (Mar 23) whose influence on Brazilian counterculture and the Tropicália movement will be explored in a daylong symposium (Mar 23) and corresponding exhibition at Daadgalerie (Mar 16-Apr 9).