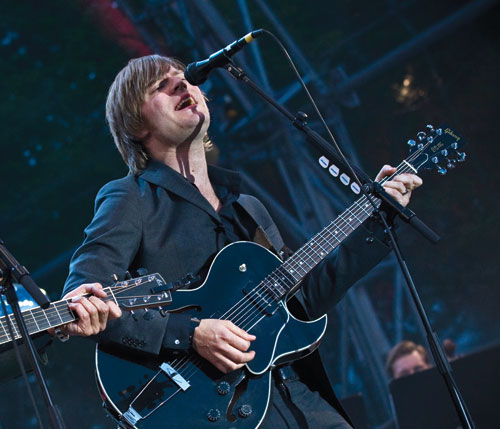 1999 After their high school band splits up, Dixgård and Gustaf Norén commit themselves to Mando Diao full time, locking themselves up in Norén’s summer housewhere they spend six months writing songs.

2002 The band signs with EMI records, and Mando Diao releases their first album, Bring ‘Em In, in Sweden. The hype from the release takes them to Japan, where they are received by adoring crowds of indie kids.

2004 The band records Hurricane Bar with engineer Richard Rainey of U2 fame, cementing their status as hot newcomers.

2008 “Dance With Somebody” climbs to the top spot in Austria, number two in Germany, and fourth in the band’s native Sweden.

2011 Following up the success of their MTV Unplugged session, Mando Diao starts their newest tour in Berlin, headlining the Coke Sound Up Festival.